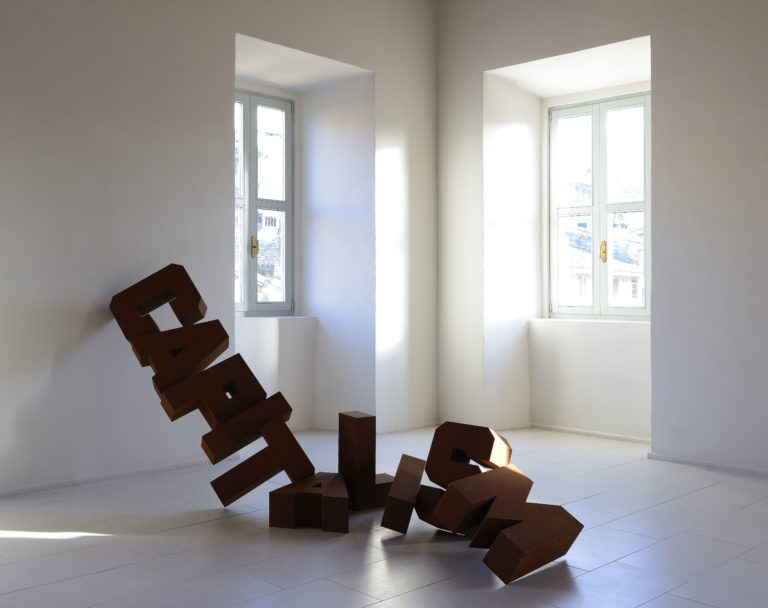 Andrei Molodkin was born in Boui, a town North of Moscow, in 1966. He began his formal education in fine art in the year 1976, when he enrolled in the Special  School of ArtsPlastiques, in the town of his birth, and later went on to study at the College of Art in Krasnoie sur-Volga from 1981-1985. Between the years of 1987 and 1992, he was a member of the faculty of Architecture and Interior Design and Strogonov Academy, in Moscow.
Andrei Molodkin’s work makes equal use of materials vastly different from one another – crude oil, ink and blood – in order to articulate his own dark obsession that determines the narrative setting of the artist’s tale: the economy as a significant entity of the symbolic, economic and cultural construction of the West. The artist’s characteristic language and technique – the use of crude oil and the hydraulic system that keeps it circulating, from compressors to his empty “simulacra” sculptures in acrylic resin – in his latest works often articulate in a series of large-scale canvases created with ballpoint pen that quote slogans or words and the types that form them, fill the whole visual space. The use of simple ballpoint pens was adopted by Molodkin when he served in the Russian Army, where he worked delivering crude oil in Siberia.
The artist has had his works featured in many individual and group exhibitions in Western and Eastern Europe and in the USA. In 2009 he represented Russia at the 53rd Venice Biennale and in 2012 the museum Villa Stuck, Munich, presented a major exhibition with his work in. Furthermore, his works have been covered in publications such as Art Forum, Art Press, Third Text, Kh/Zh, the New York Times, the Village Voice and the Independent.
Andrei Molodkin currently lives and works in Paris and Moscow. 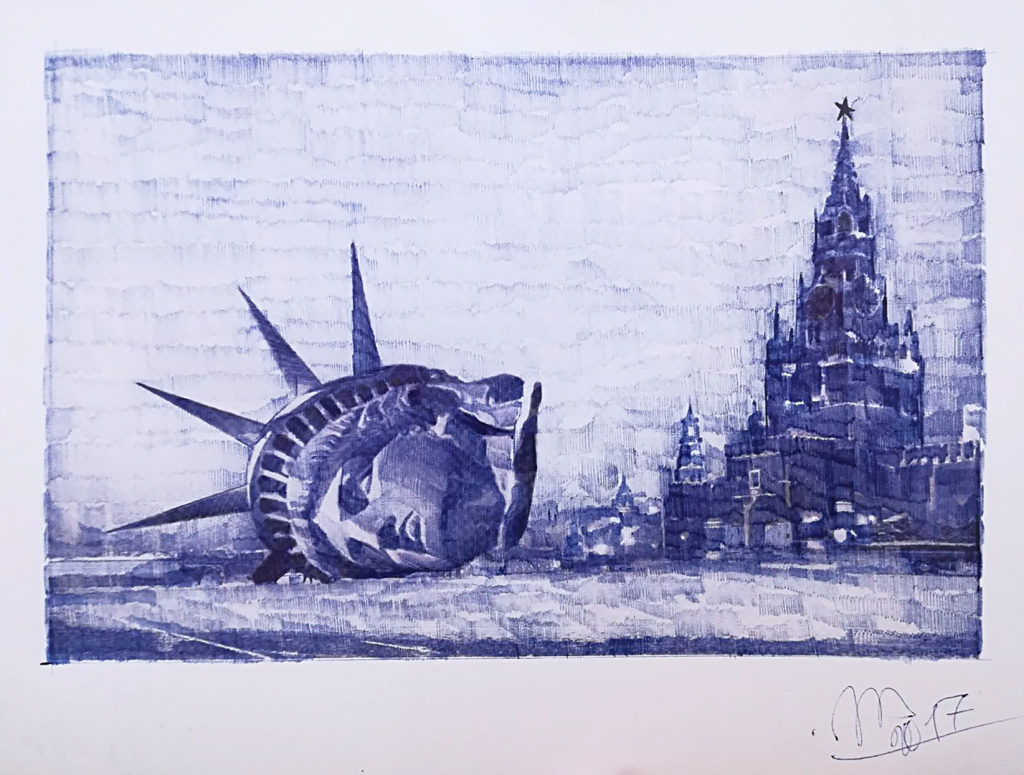 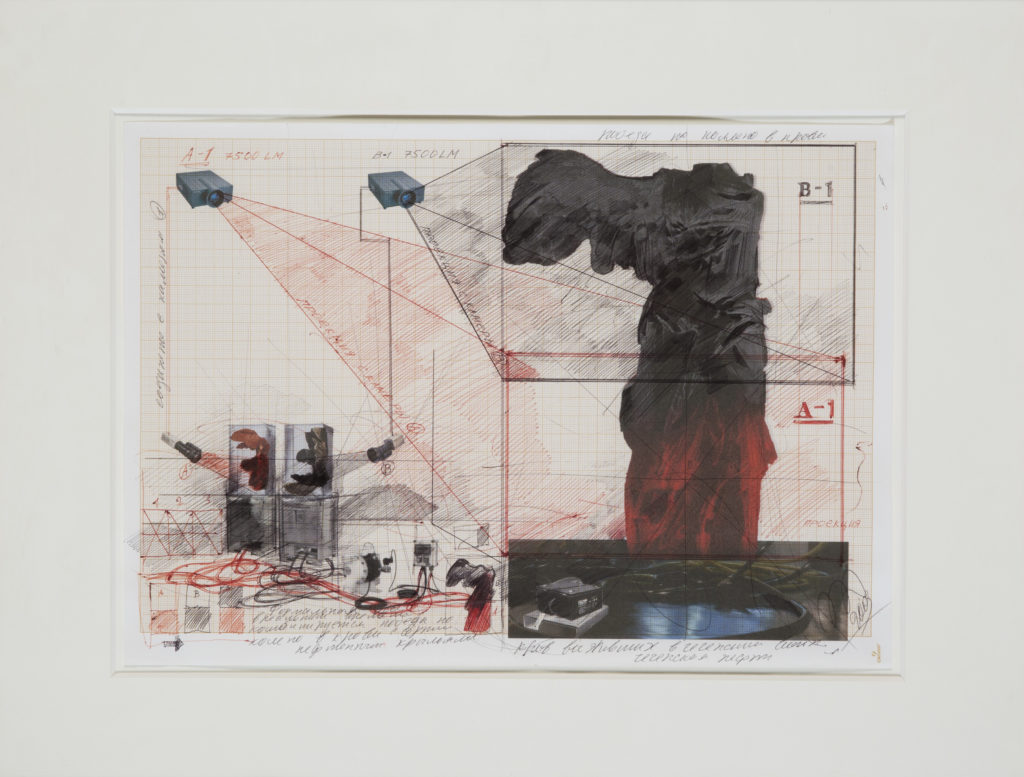 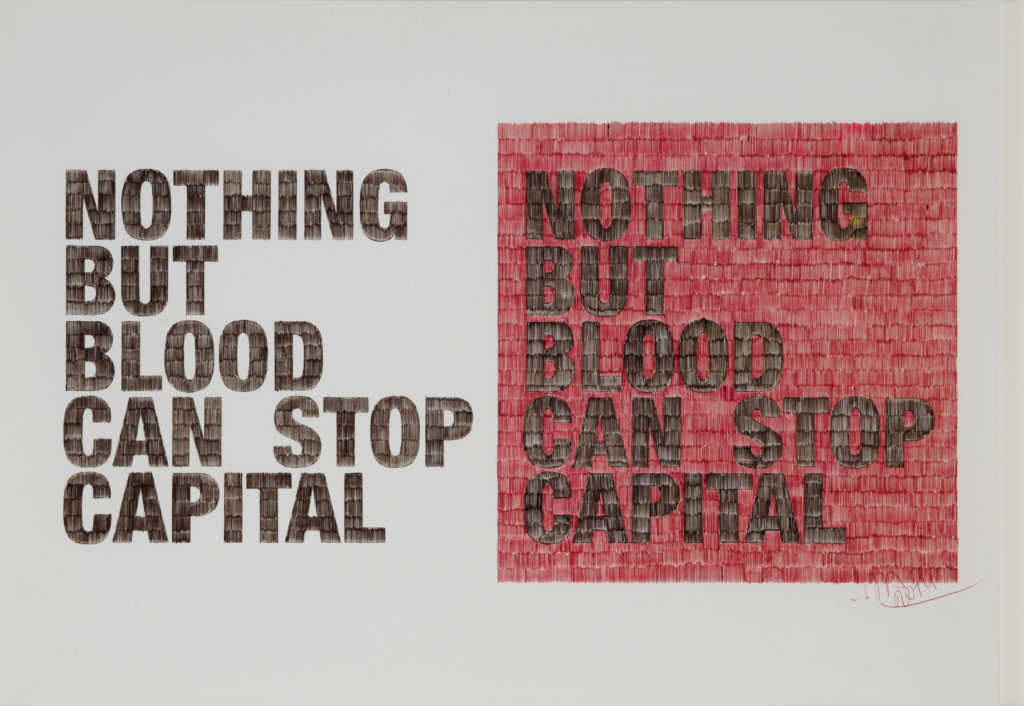 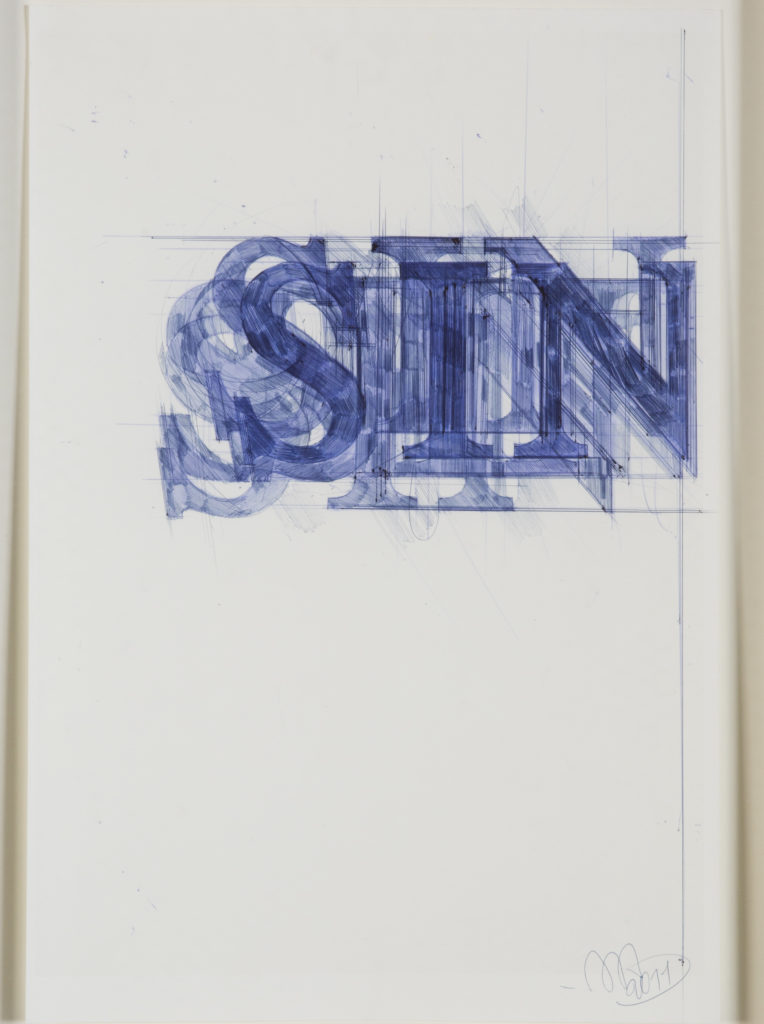 Andrei Molodkin, WHO IS AFRAID OF THE DEMOCRATIC DEATH, 2008, blue and red ballpoint pen ink on canvas, 285×205cm. 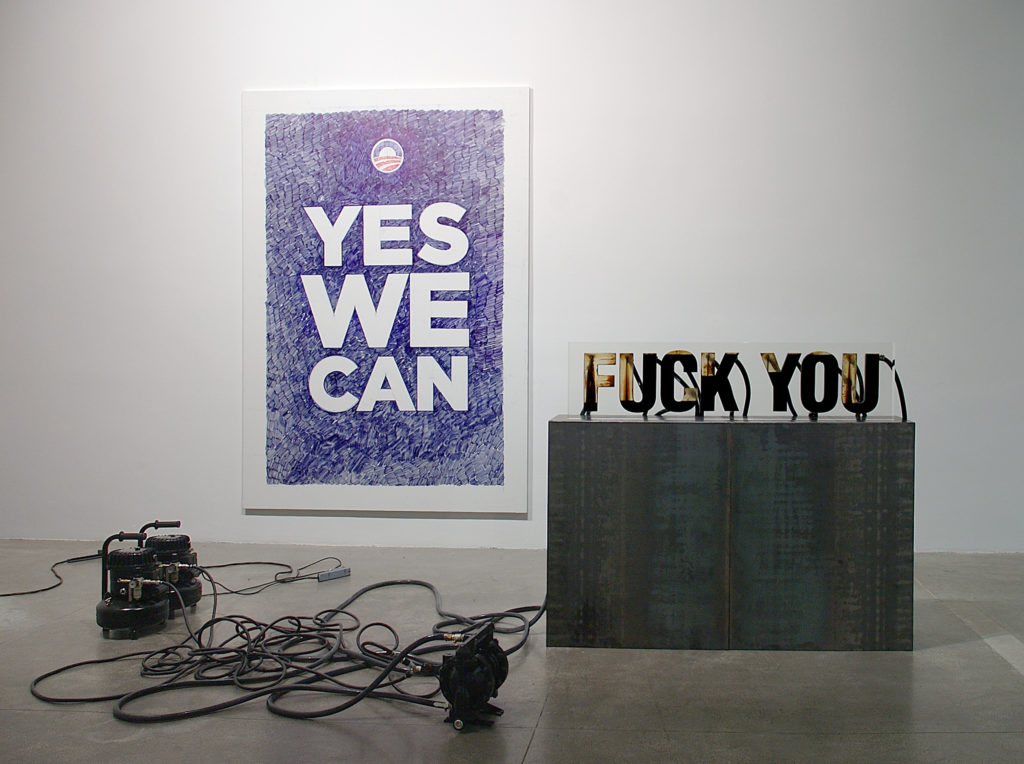 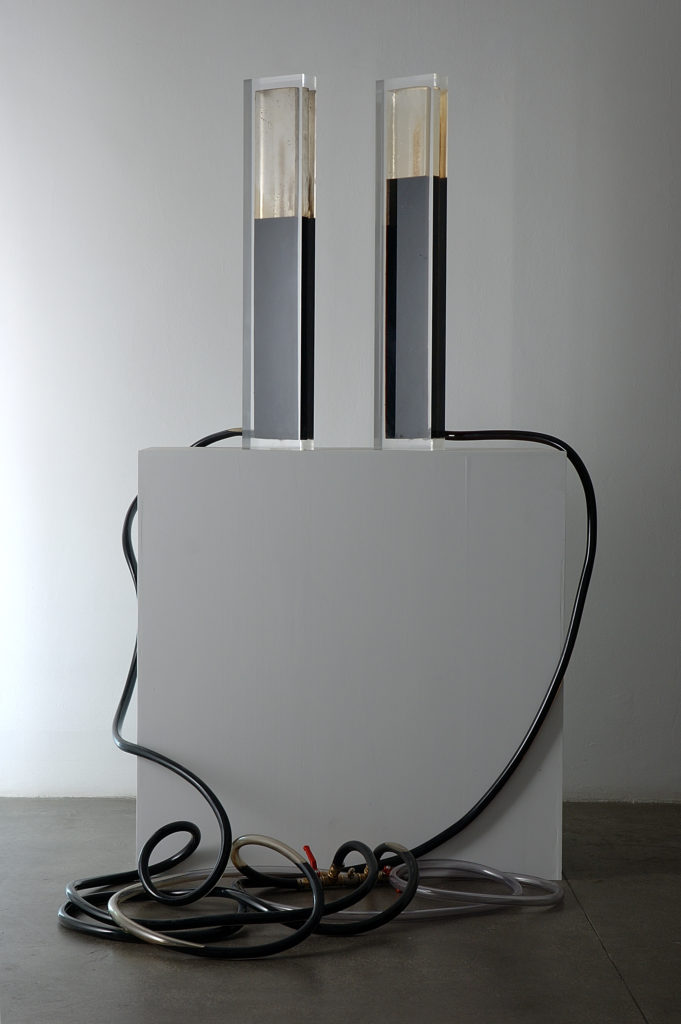 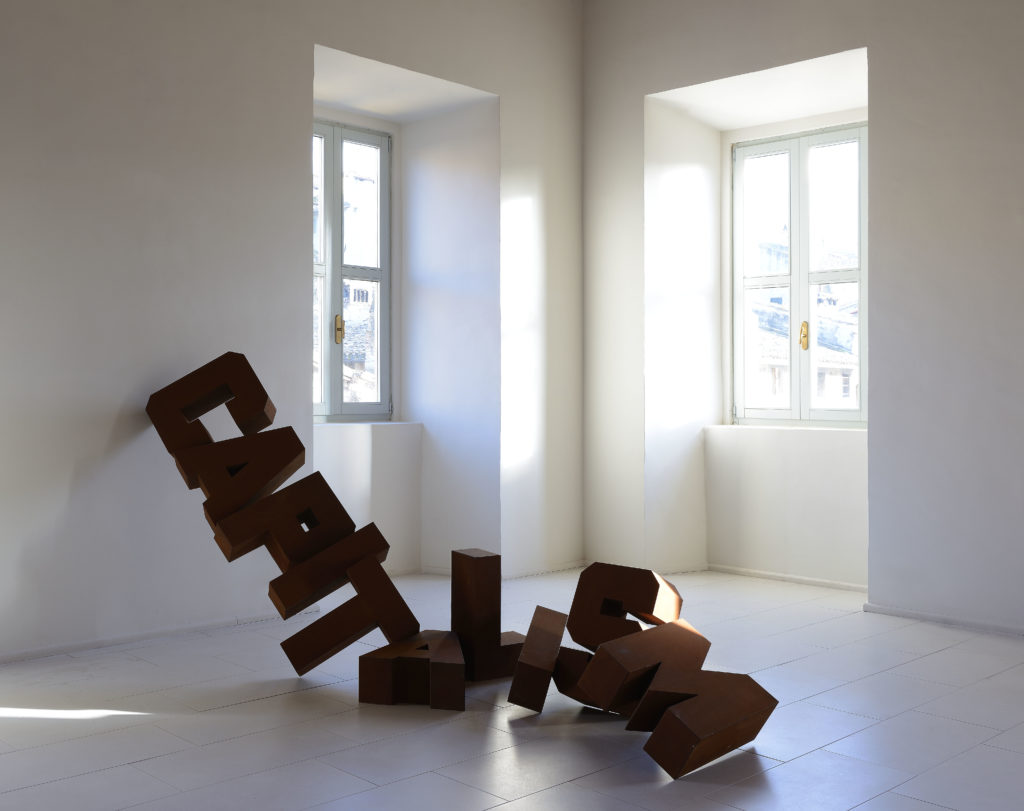 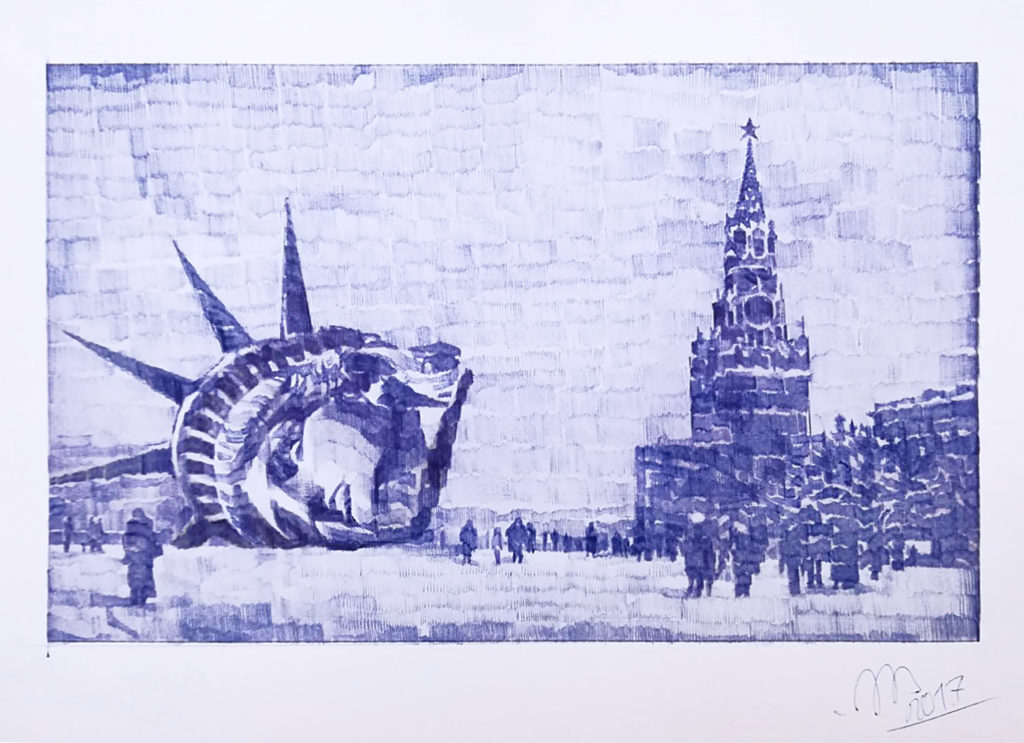 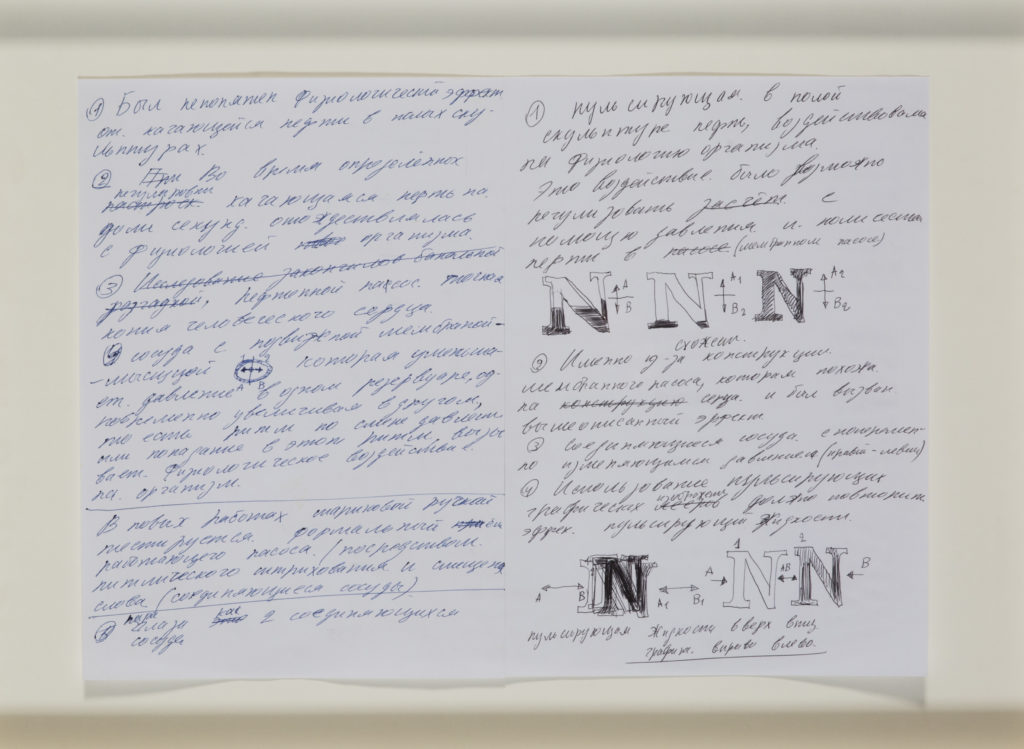 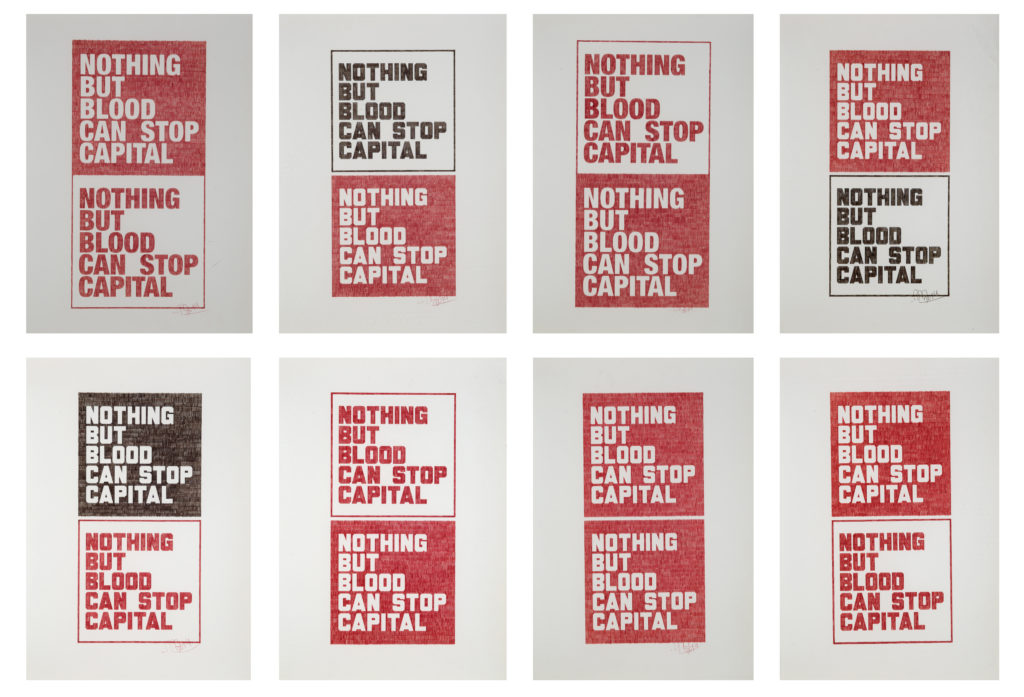 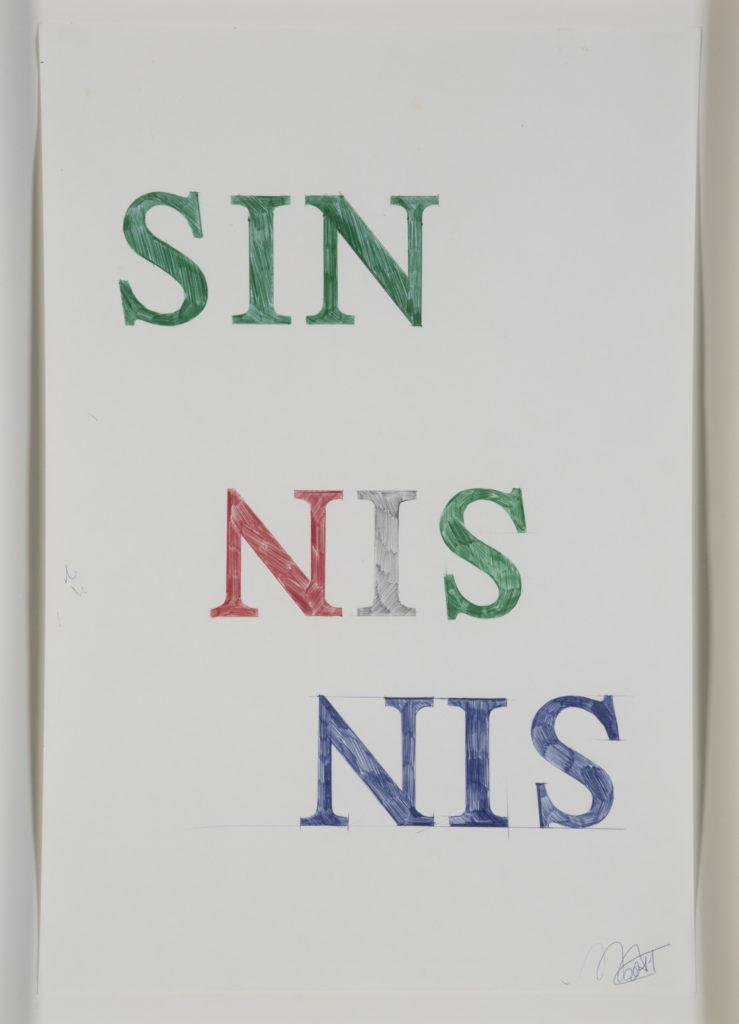 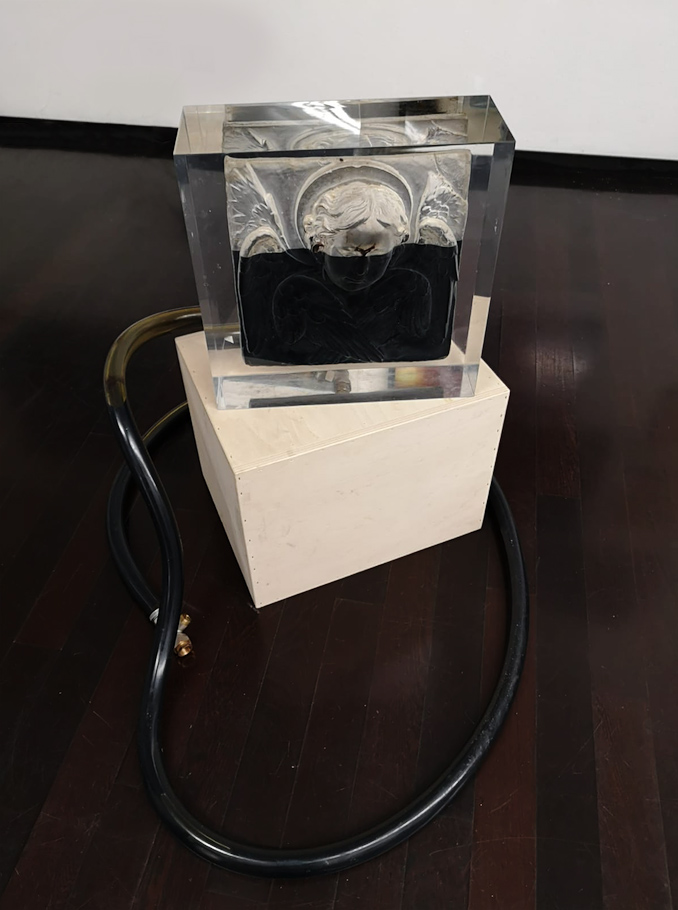 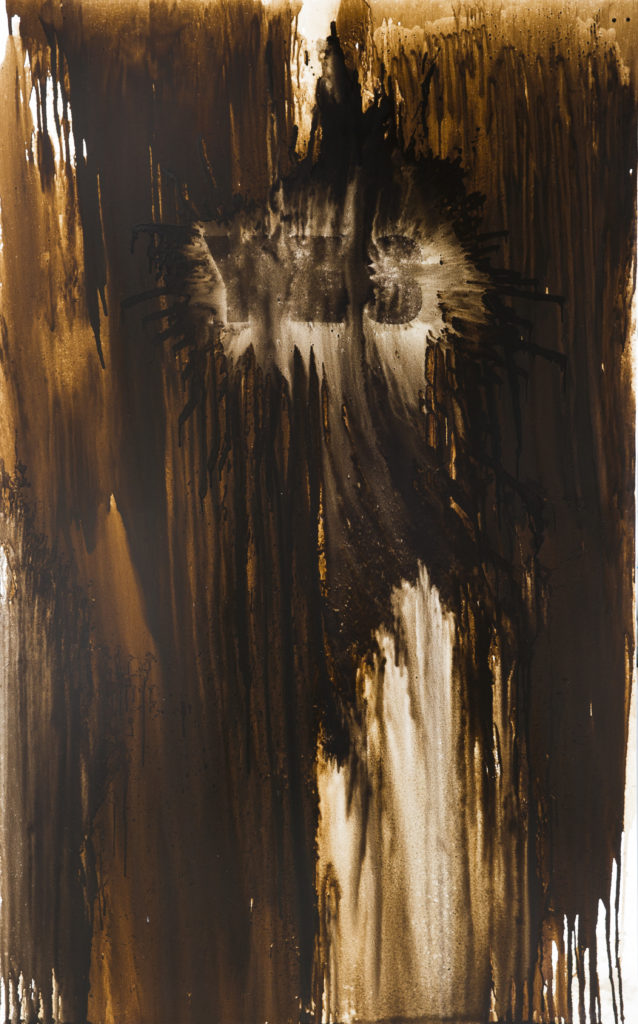 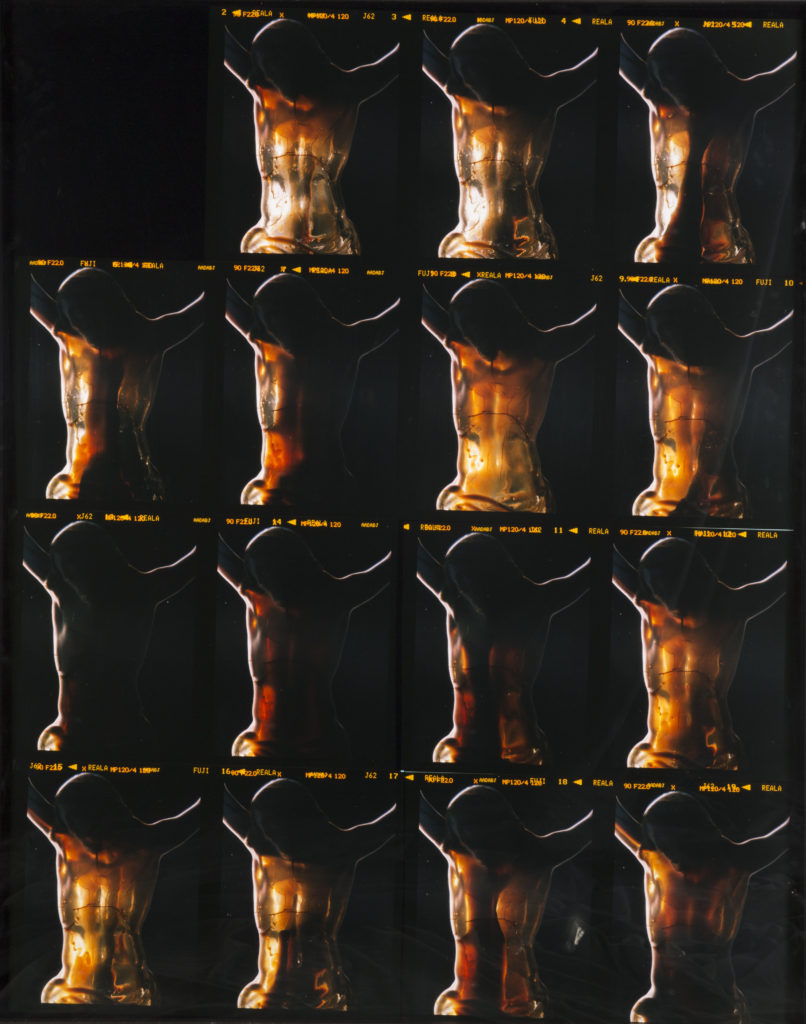 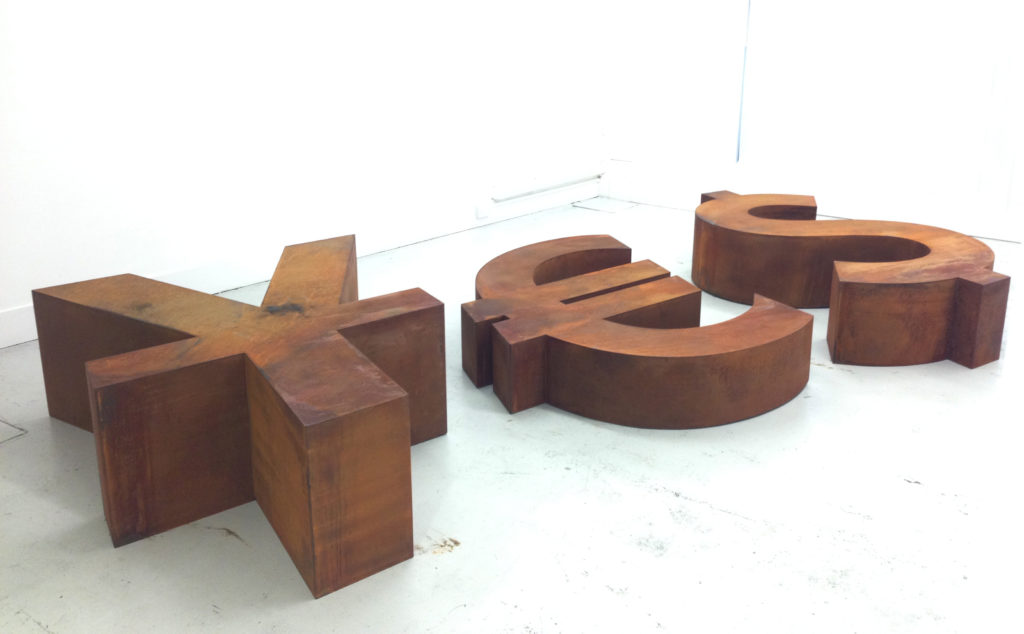 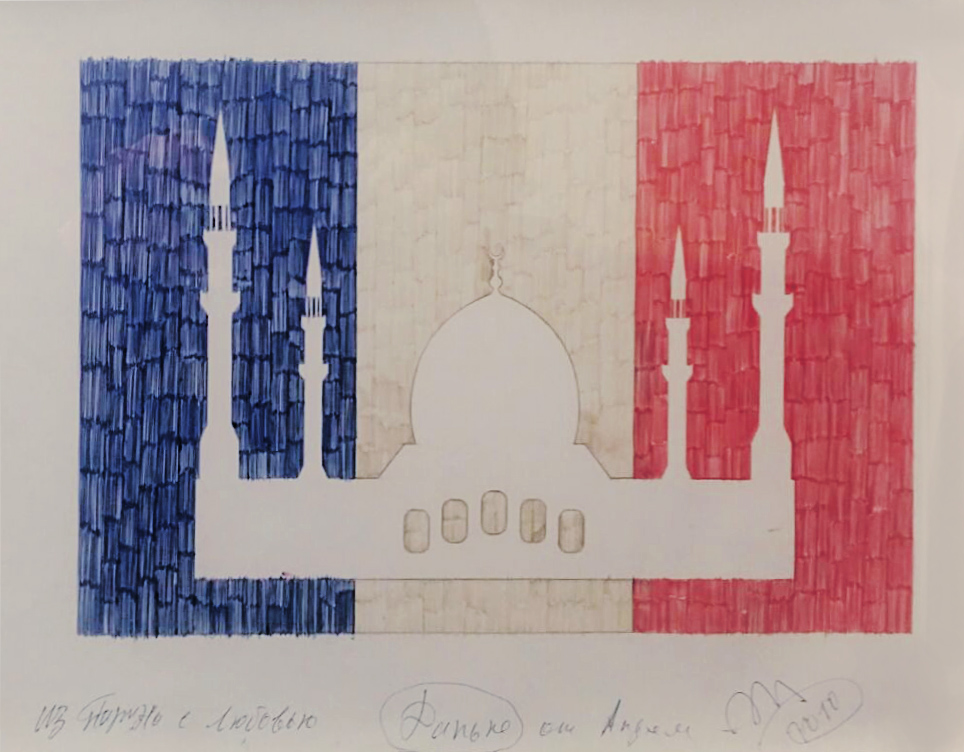 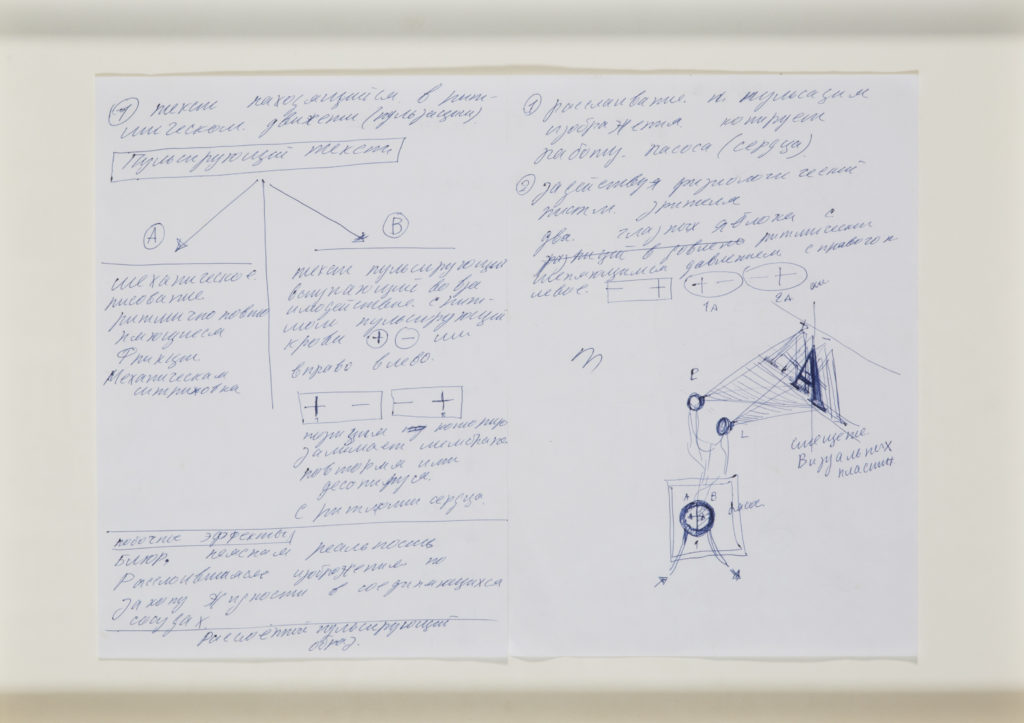 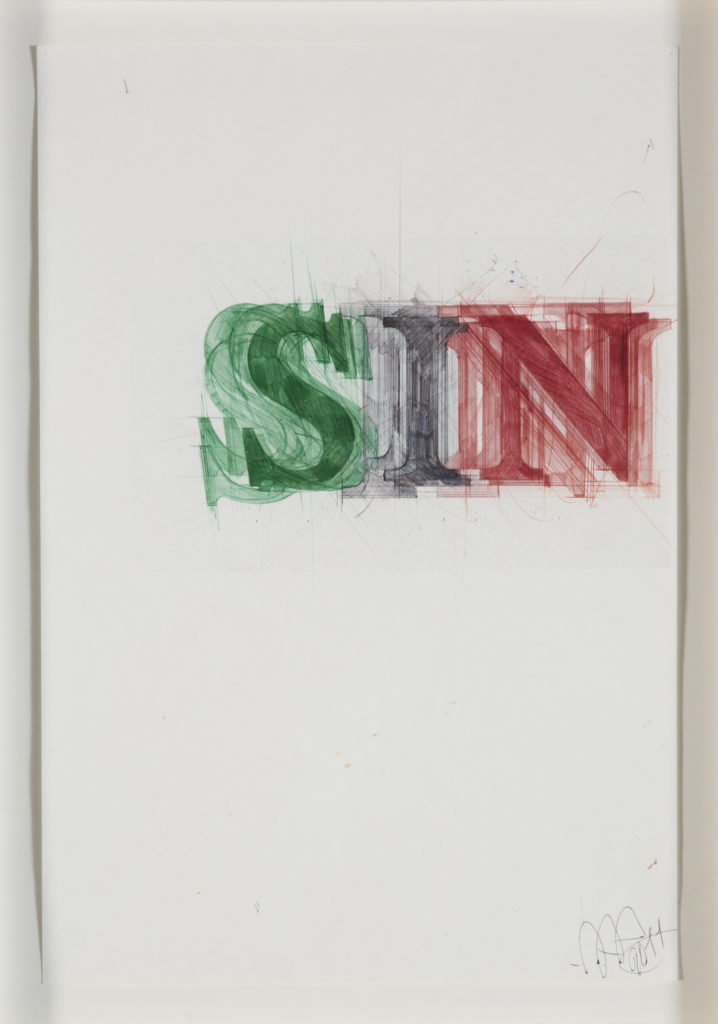 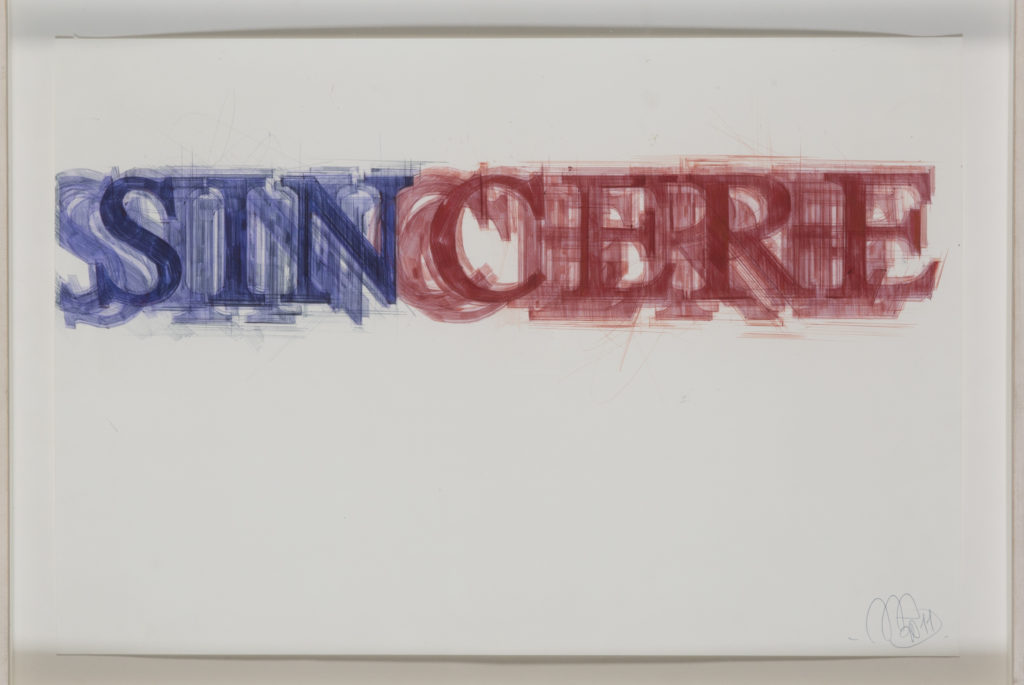 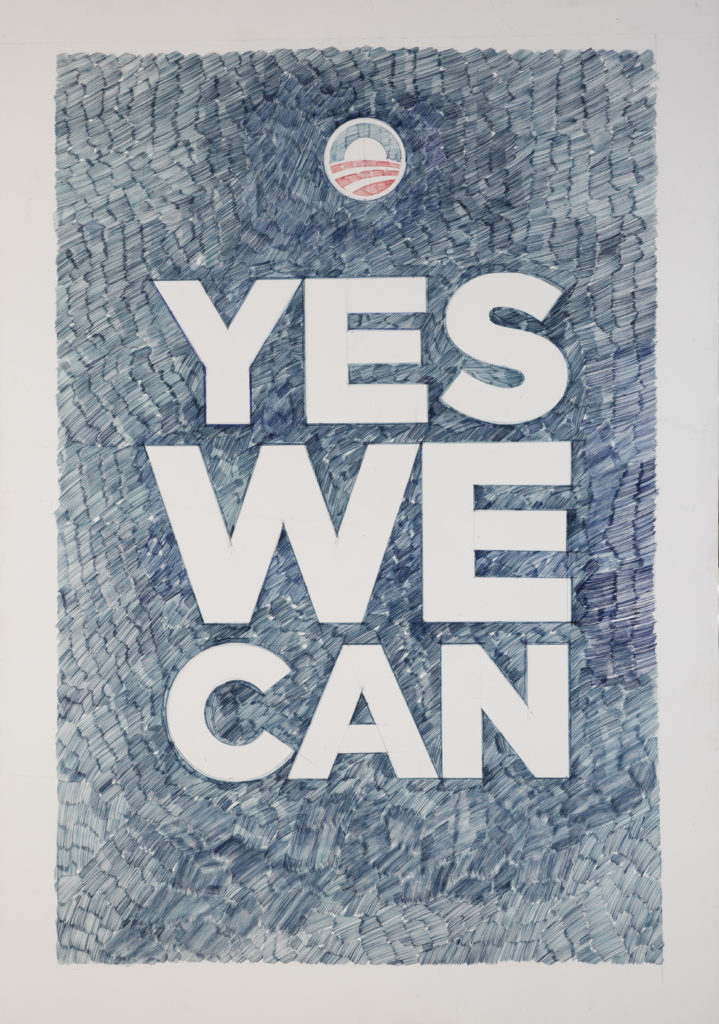 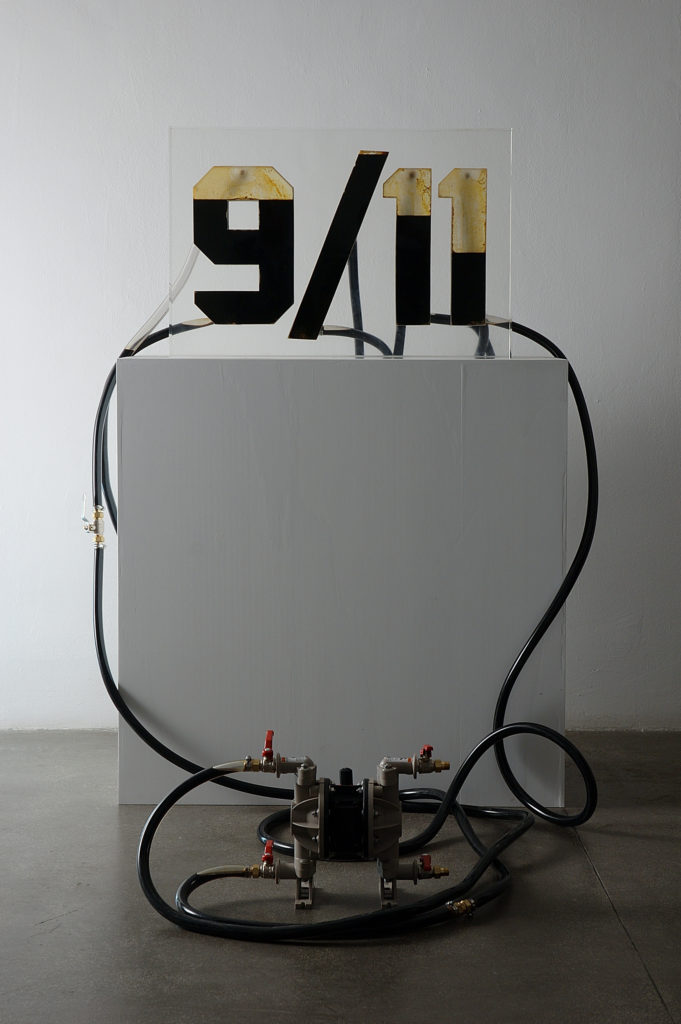 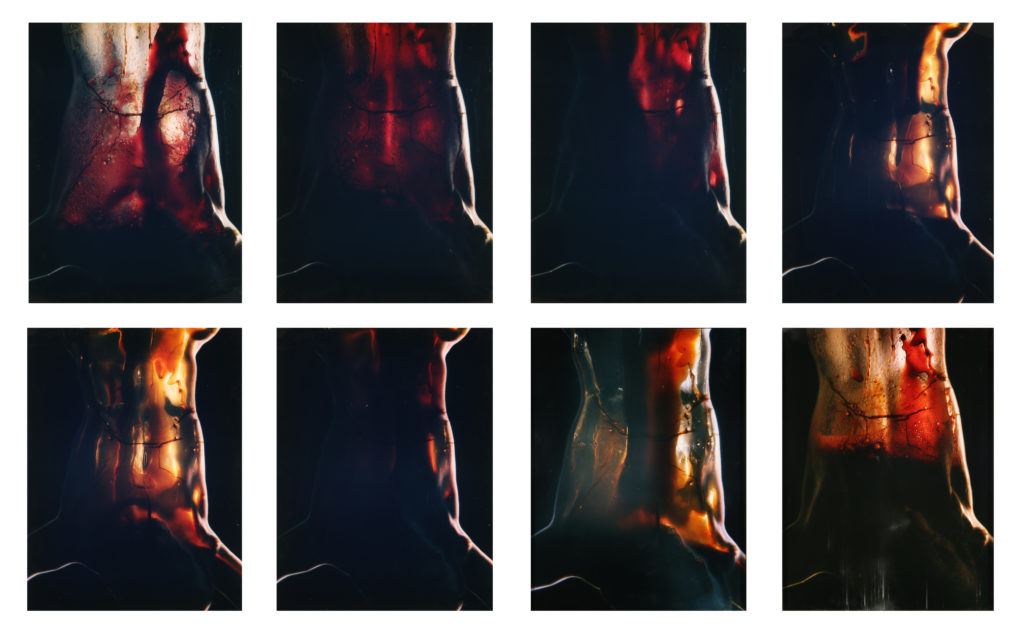 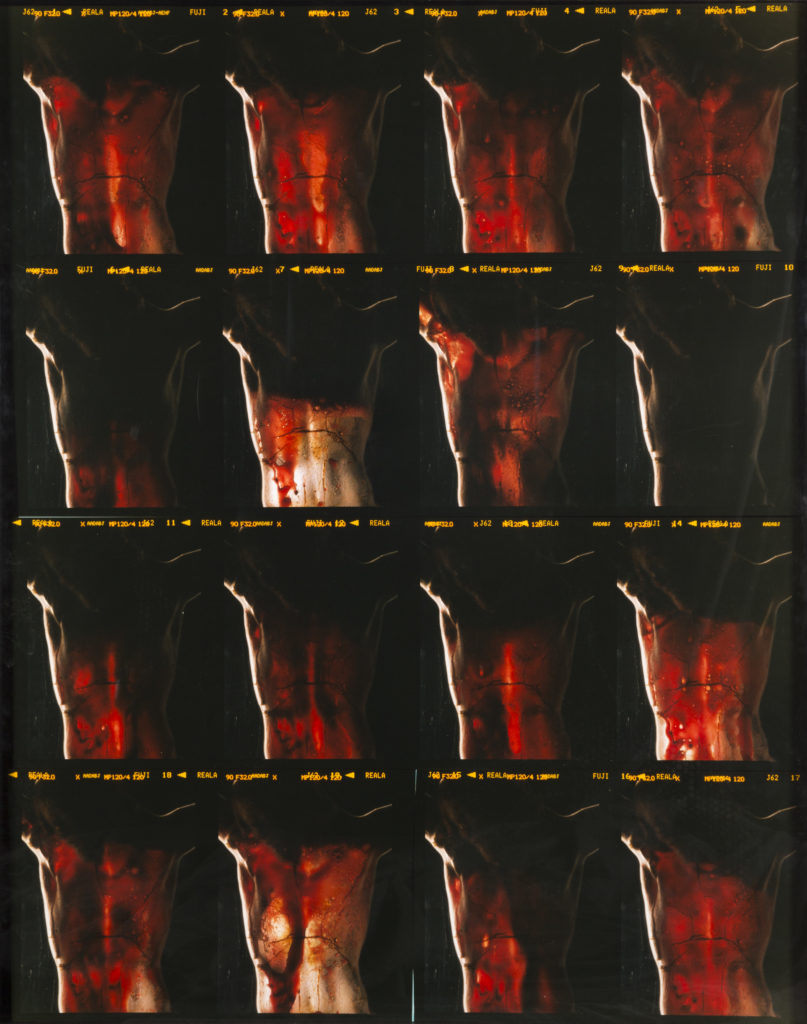