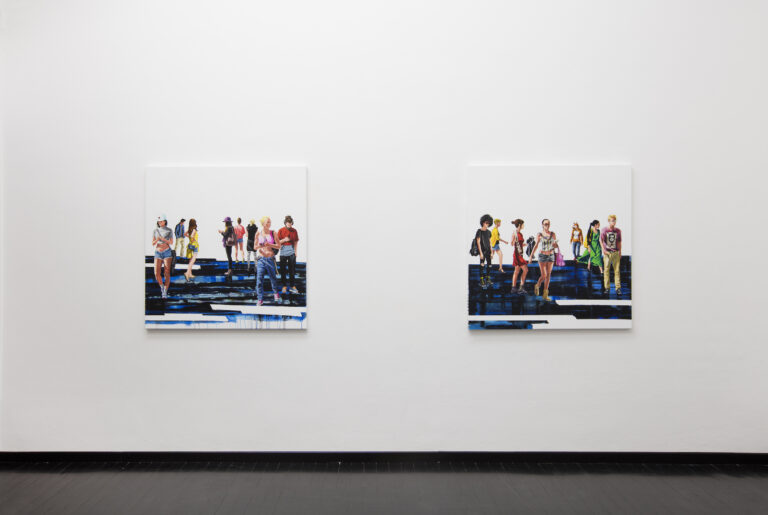 The works on show are included in the series “Generation Why”, in which the artist portrays the generation born at the turn of the new millennium, extracting individuals from their daily life and inserting them in a suspended dimension, a non-place. Figures arise, standing out against a white neutral background, in which each one can see himself reflected.
Some characters are motionless, others walk side by side yet without any contacts, without striking up a dialogue, just as we are used to do when we walk by the street, captured by our daily frenzy or by our Smartphone; the same device that we use to publish seducing moments of our life on social networks, our favourite interlocutors.
Precisely from thesenetworks Zeni pulls out images of the actors brought on the canvas like on a stage, where they are already performing by themself somehow.
We find “iconic” characters, both aesthetically and morally, who are permanently part of a show, constantly posing under the spotlights of social networks. The purpose of the artist is not to move a criticism, but rather to gather some annotations about the contemporary reality.

“Painting is an affirmation of the existent, of the physical world into which mankind has been thrown”. – John Berger

It’s through art that it is possible to re-establish some dialogues, according to Zeni indeed, painting also is “form of relation”, able to fix, as well as other contemporary languages, connections and systems, completing itself by means of the “active” intervention both of the spectator and the represented object.
There is therefore an annulment of the spatio temporal distances; those which appeared to be single portraits of people, divided in the reality, are joined here; subjects find themselves to pass inside the surface of the artwork and then, in the same way accidentally, to coexist.
In the end the work becomes the place of the possible recomposition, the place of meetings between unknown people, the theatre of a sudden accident: the magic of art is what will make it happen. 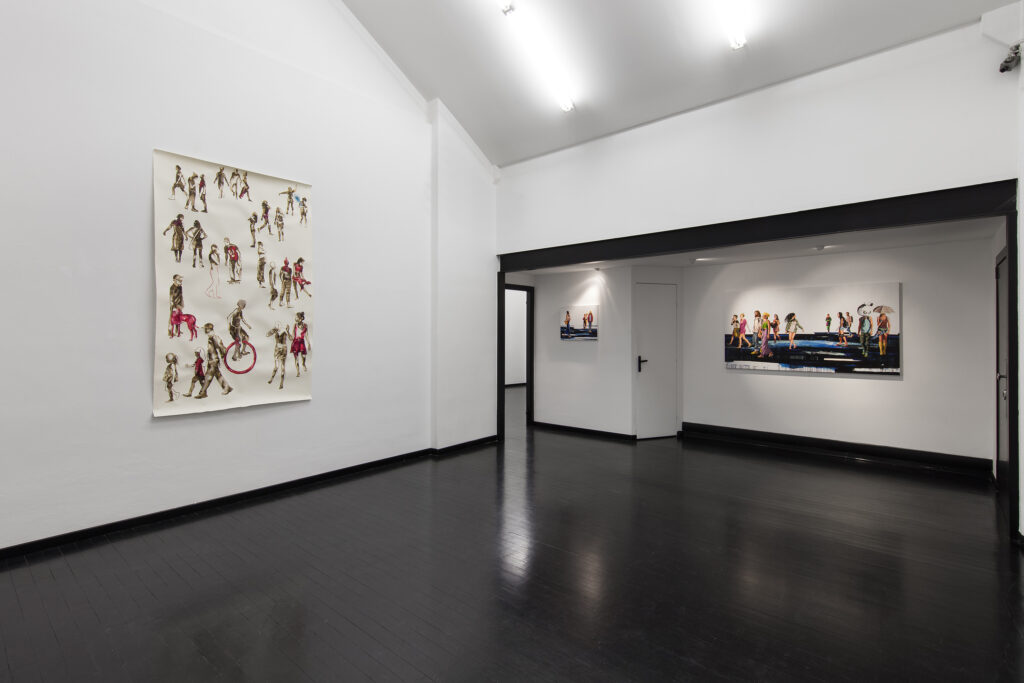 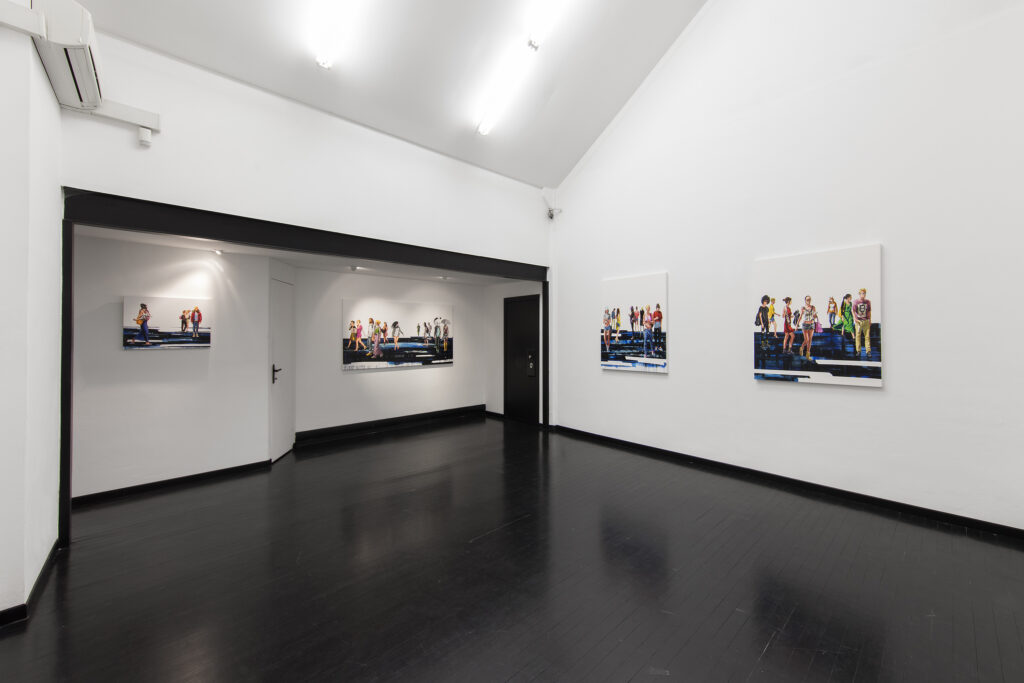 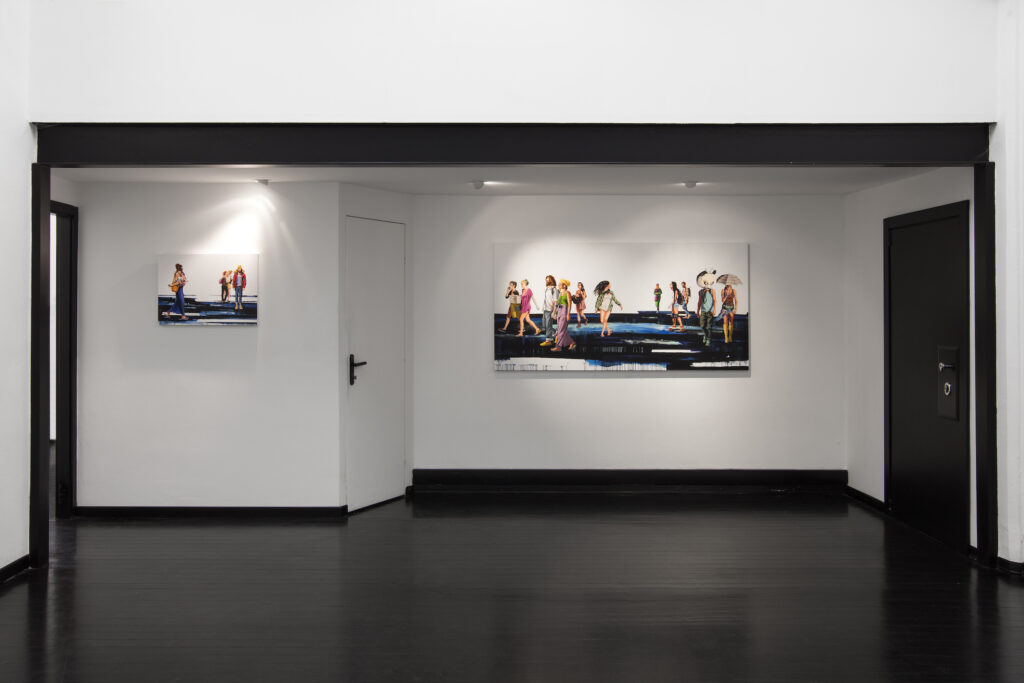 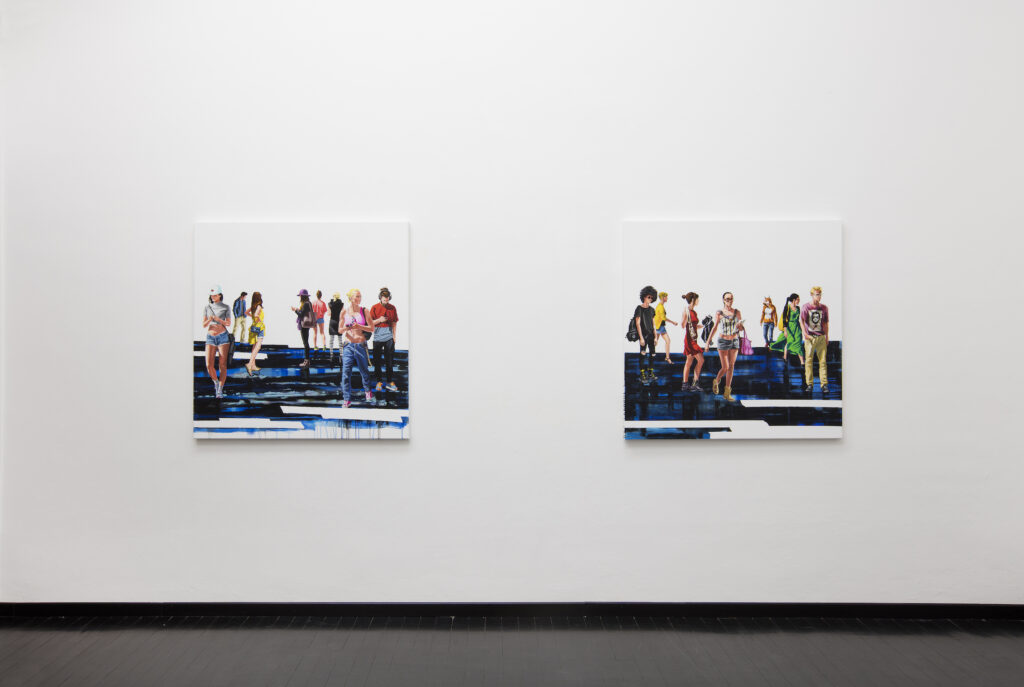