“A PROMISE OF IMMORTALITY” 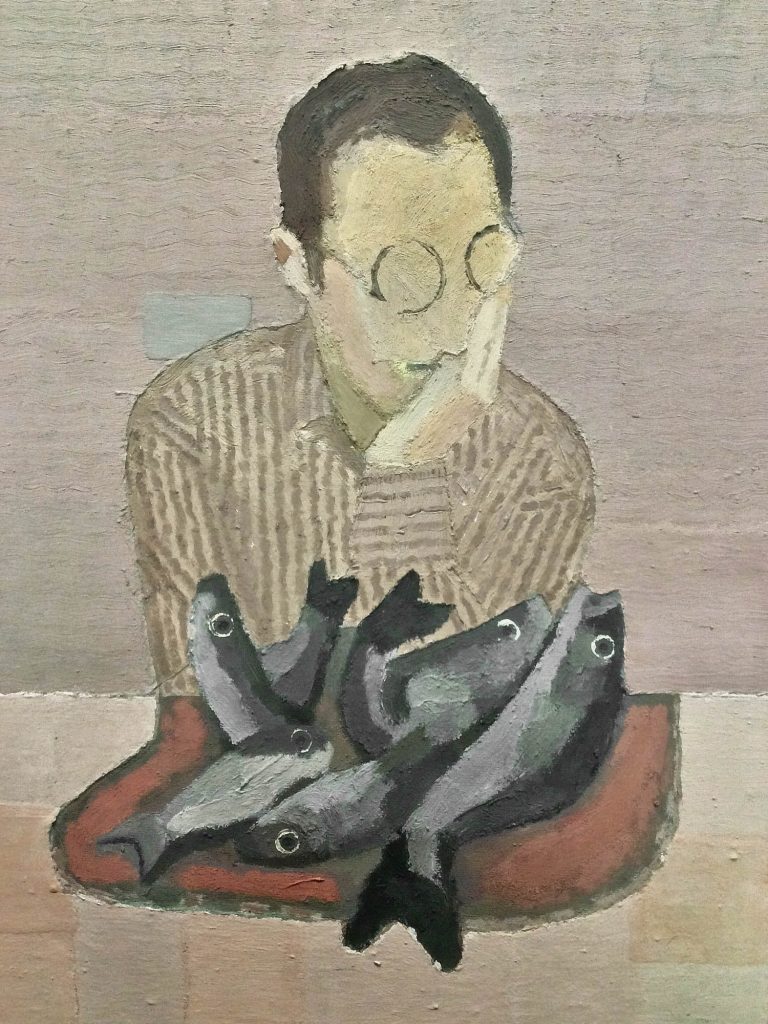 The four rooms of the gallery display about forty paintings, which illustrate the three series that have engaged the artist over the past four years

An artistic path designed as a personal storytelling

Galleria Giampaolo Abbondio, Piazza Garibaldi 7 in Todi, is hosting the solo exhibition of Pablo Candiloro (Buenos Aires, 1976) from December 11th to February 26th, 2022.
The exhibition, the third after the opening of the gallery’s headquarters in Umbria, is presenting the Argentine artist’s most recent pictorial production.
The artist was previously the protagonist of a solo show in 2017 in the Milanese space (Stop Searching for Me Marcelo, Galleria Pack). A pathway that is proposed as a tribute to the “immortality” of painting, a medium with which Candiloro totally identifies, cyclically disavows it to then pick it up anew on more profound levels and perspective.
The four rooms of the gallery display about forty paintings, illustrating the three series that have engaged the artist over the last four years. Starting with the monumental canvases of “Domani al mare” (Tomorrow by the Sea), where the formal synthesis with respect to the previous works becomes radical, with a lyrical approach guided by the evocation of Mark Rothko. The next one, “Dehydration”, looks like an installation composed of twenty single works, self-portraits of great artists of the past that Candiloro reinterprets. And here emerges a key conceptual passage: the artist burns the colour that has just been applied with a heat gun, thus “killing” the painting.
To then “resuscitate” it with new perspectives. In the last series, “Tavolozza Infinita”, there is in fact a sort of formal “restart”: the classical themes of painting, flowers, landscape, architecture, human figure, are back.
But the works are now influenced by the pandemic climate: the tones become almost livid, reflecting the artist’s state of mind.

“Attempting to focus on a single work by Pablo runs the risk of leading us astray,” writes urator Massimo Mattioli in the catalogue’s text. “His work should in fact be observed in its entirety, where there is always a before and an after. Where actions and reactions follow each other cyclically”.

“Pablo Candiloro draws his tormented artistic path as a very personal storytelling,” continues Mattioli. “A bumpy trajectory, always marked by his experiences, his emotions, his reflections on reality. Painting is one of the certainties that accompany him: following the syncopated rhythm of his existence”.

Pablo Candiloro | Biographical notes
He was born in Buenos Aires under the military dictatorship in 1976 and grew up in the shadow of Argentina’s financial default of 2001. During his training period he chose to move to Sansepolcro in order to study the painting of Piero Della Francesca. He has divided his time between Tuscany and Milan for some twenty years, engaging his tonal painting in a dialogue with the Lombard city’s artistic stimuli. In 2020, owing to the Covid-19 pandemic, he spent the lockdown in Buenos Aires in a studio reduced to the absolute minimum. Here his painting underwent a transformation, in which the object, and matter were brought to the forefront, and became completely circular in its method. 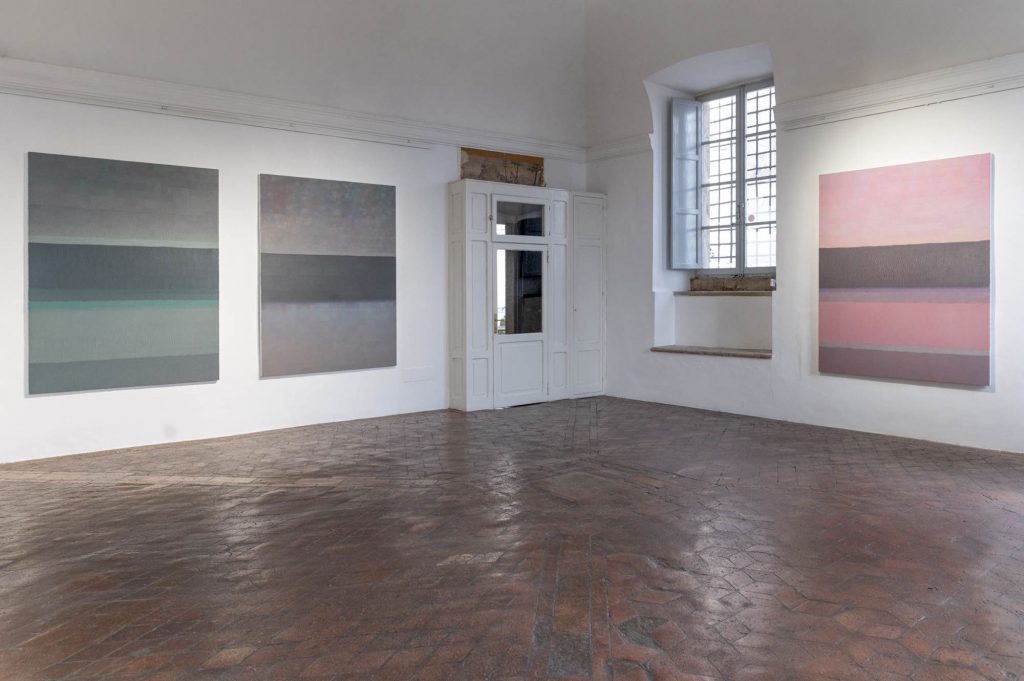 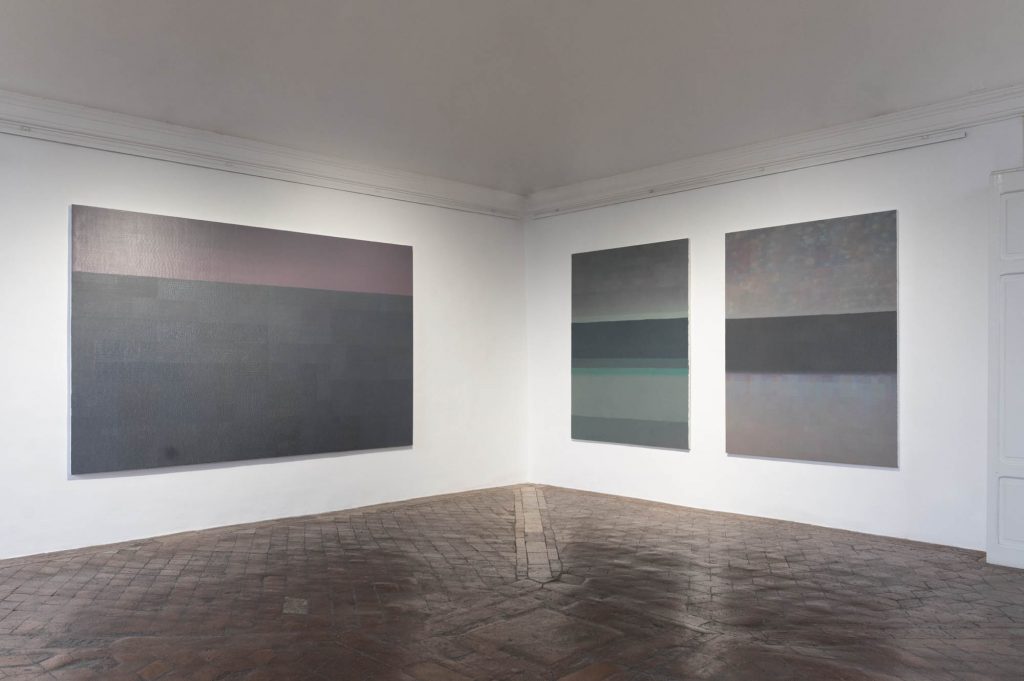 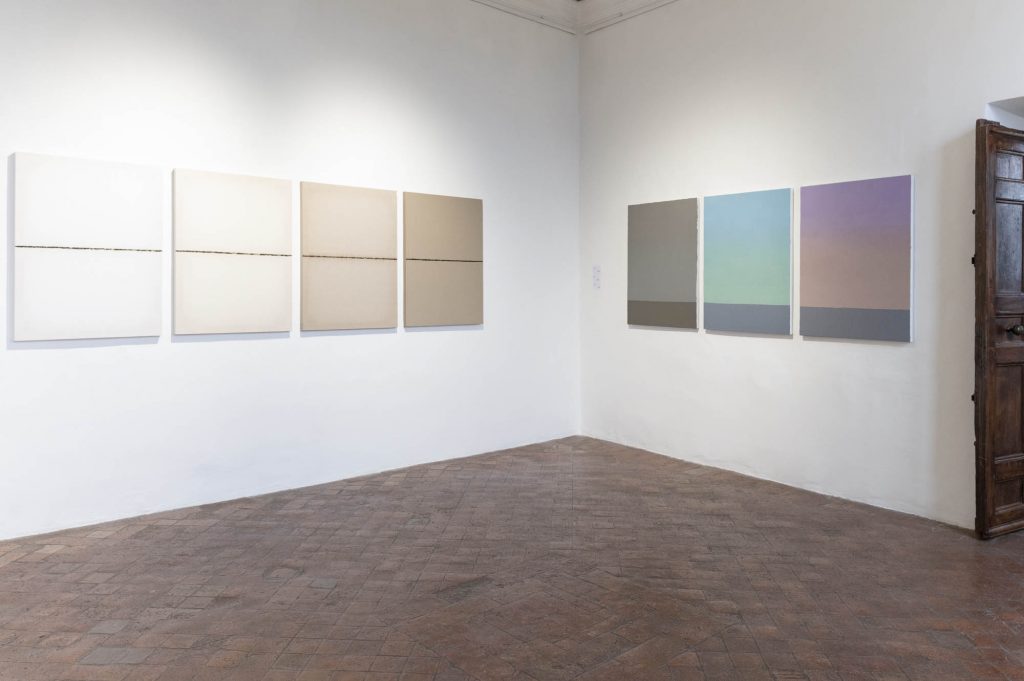 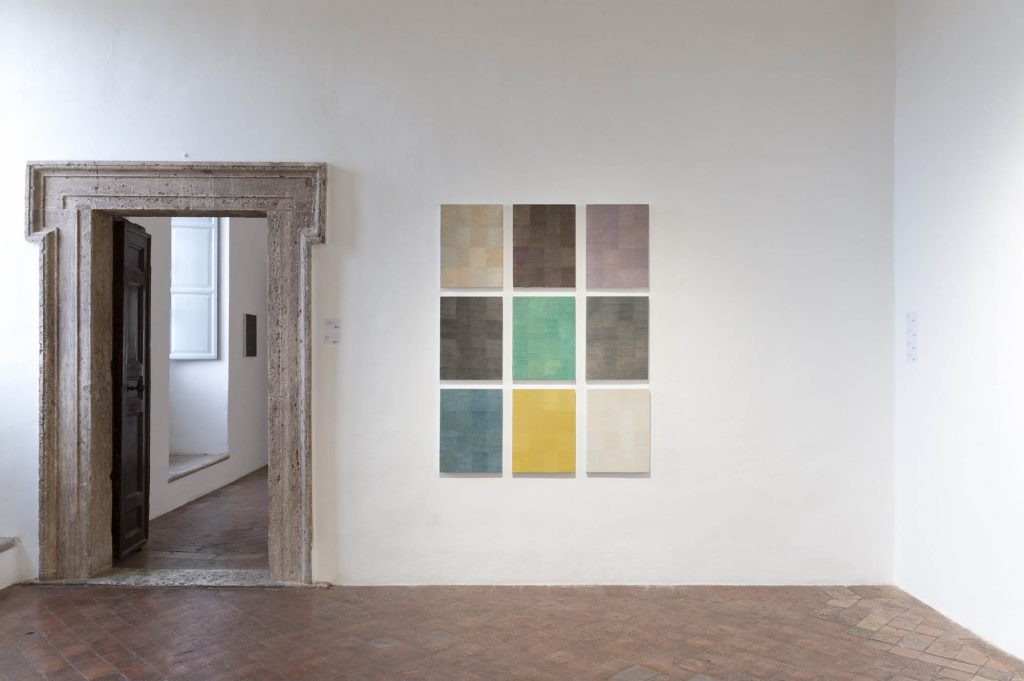 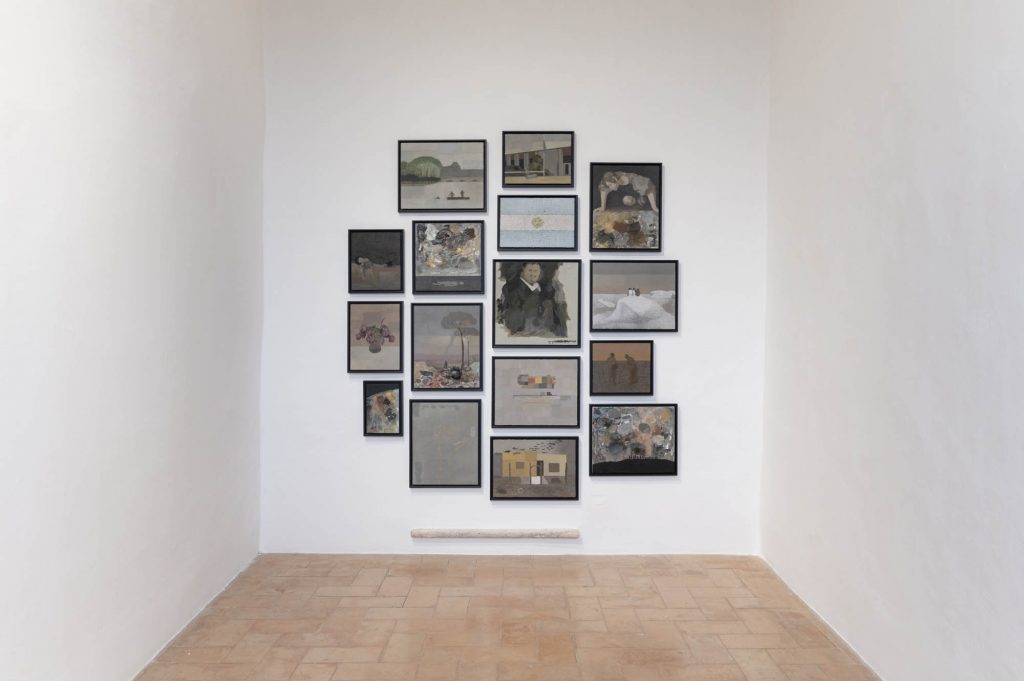 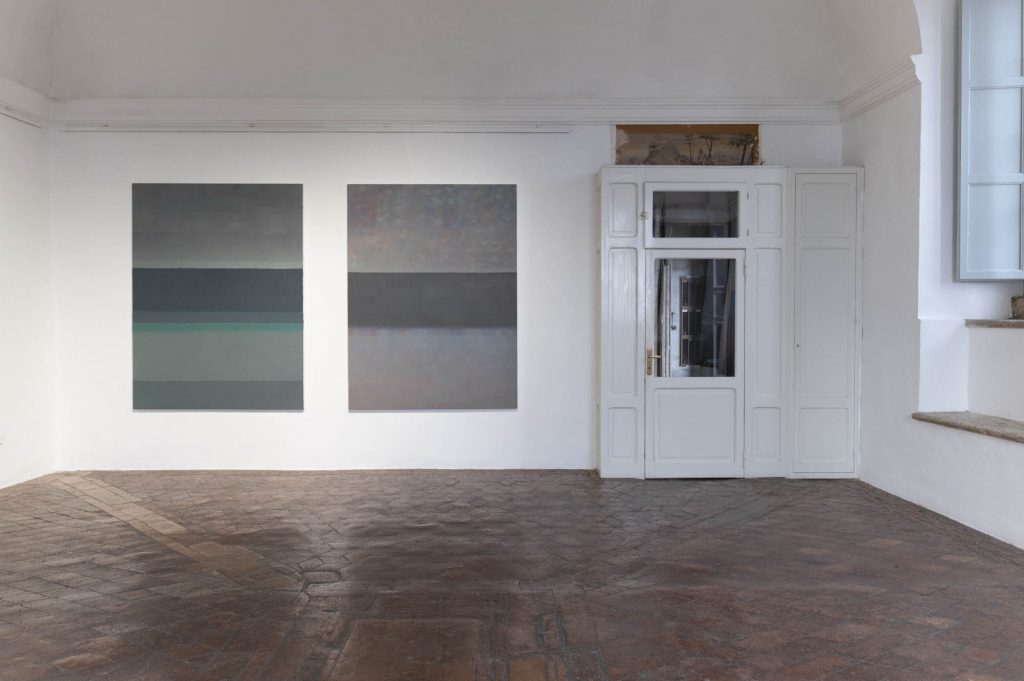 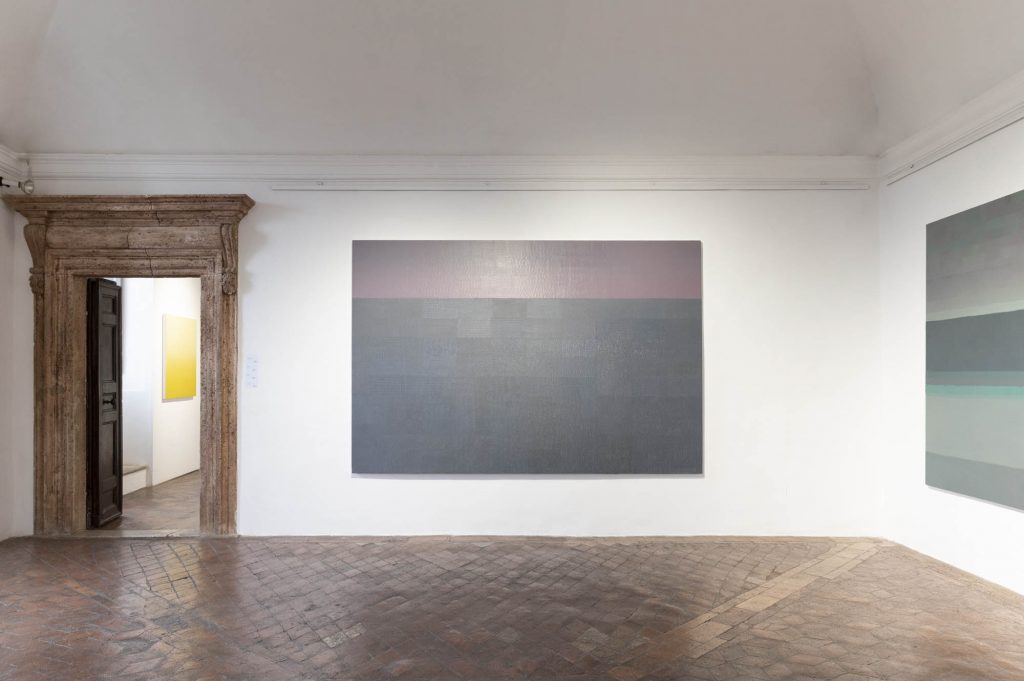 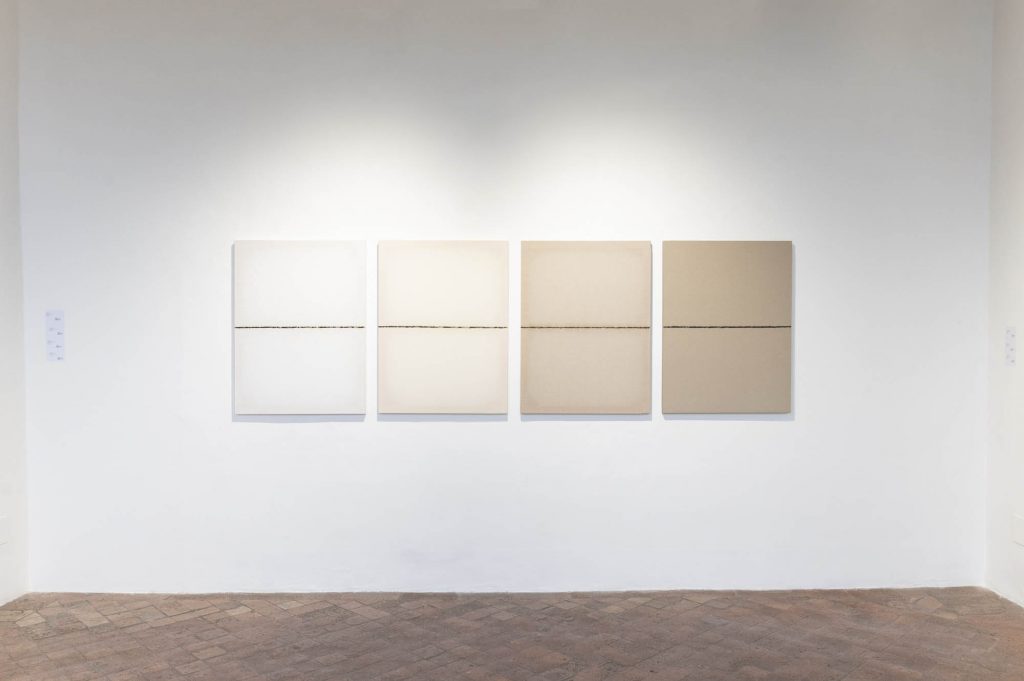 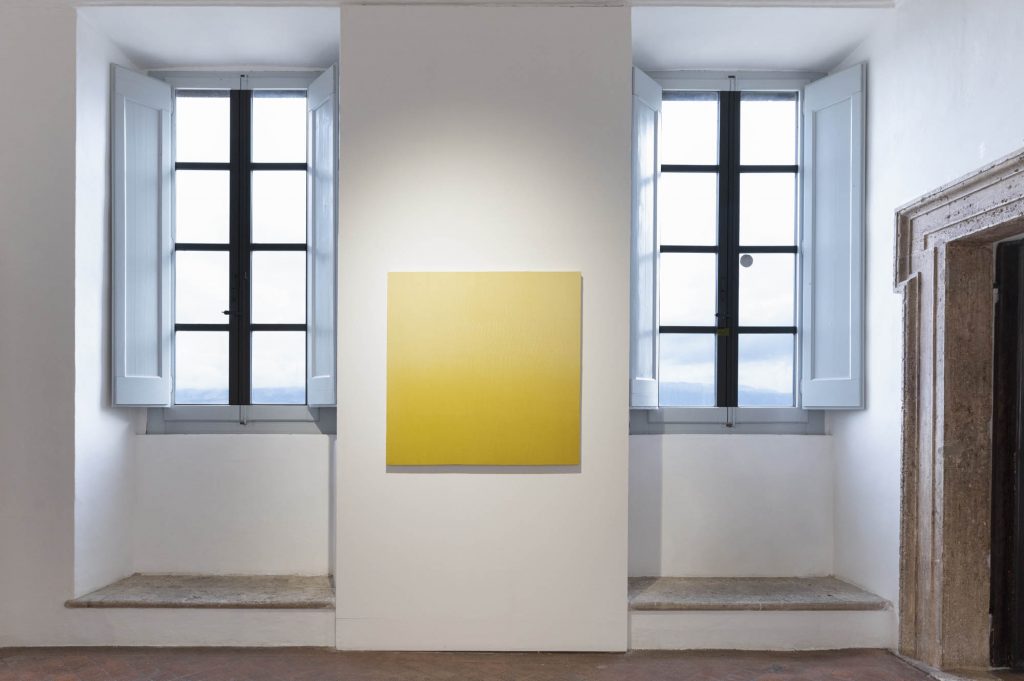 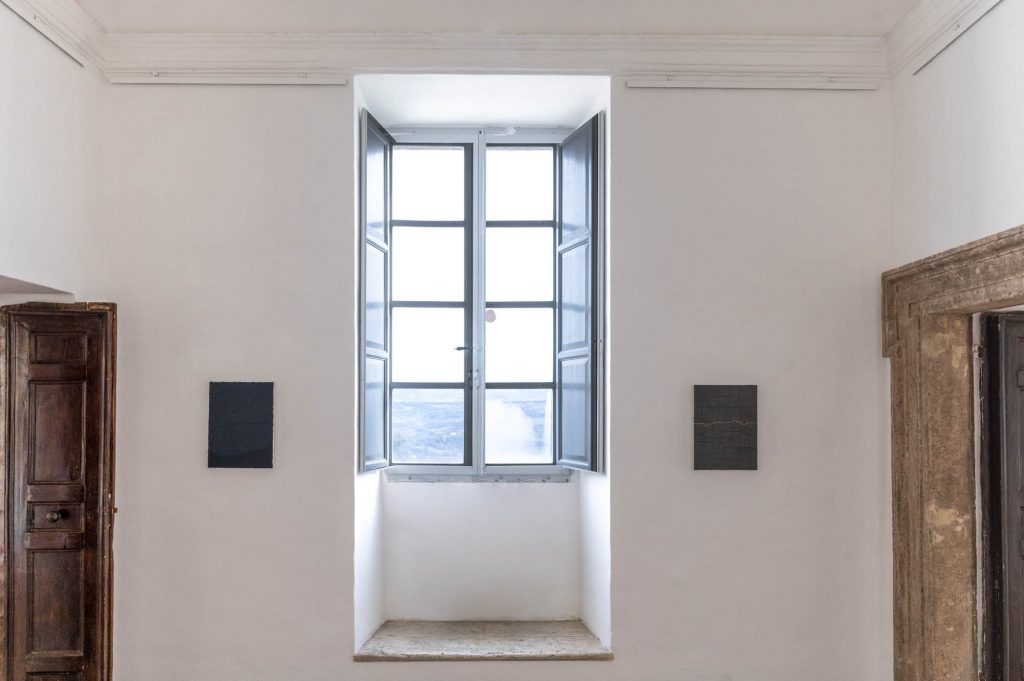 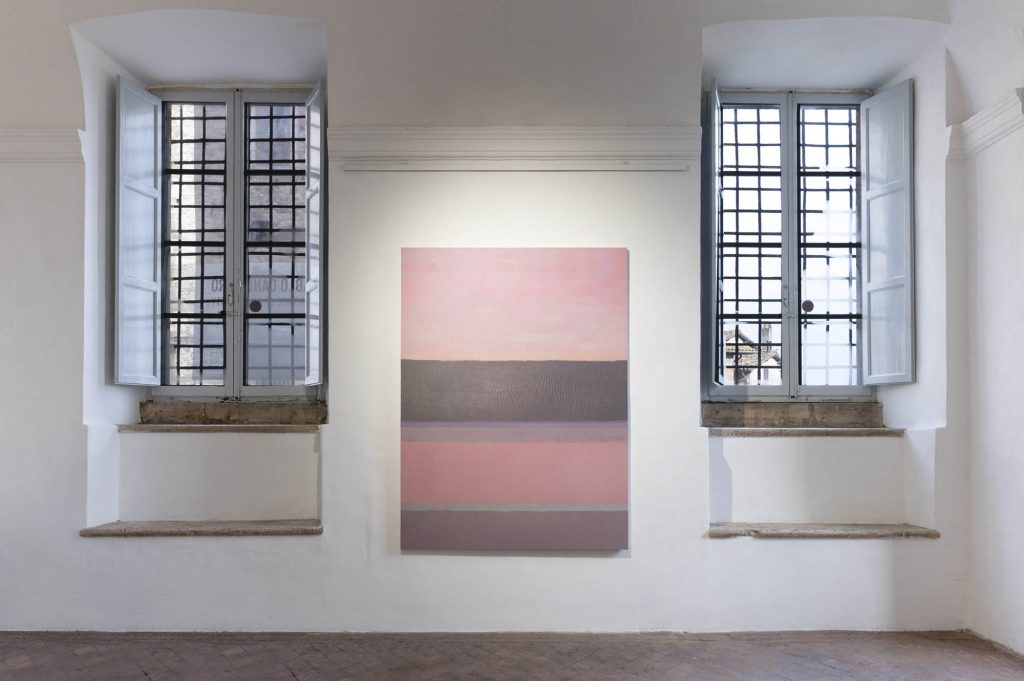 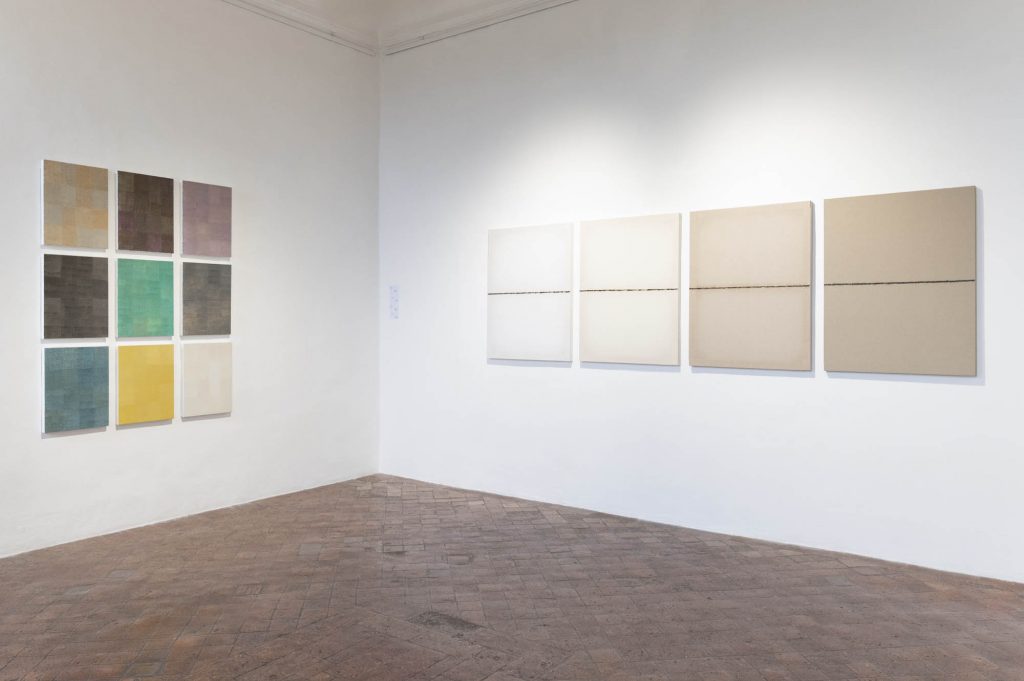 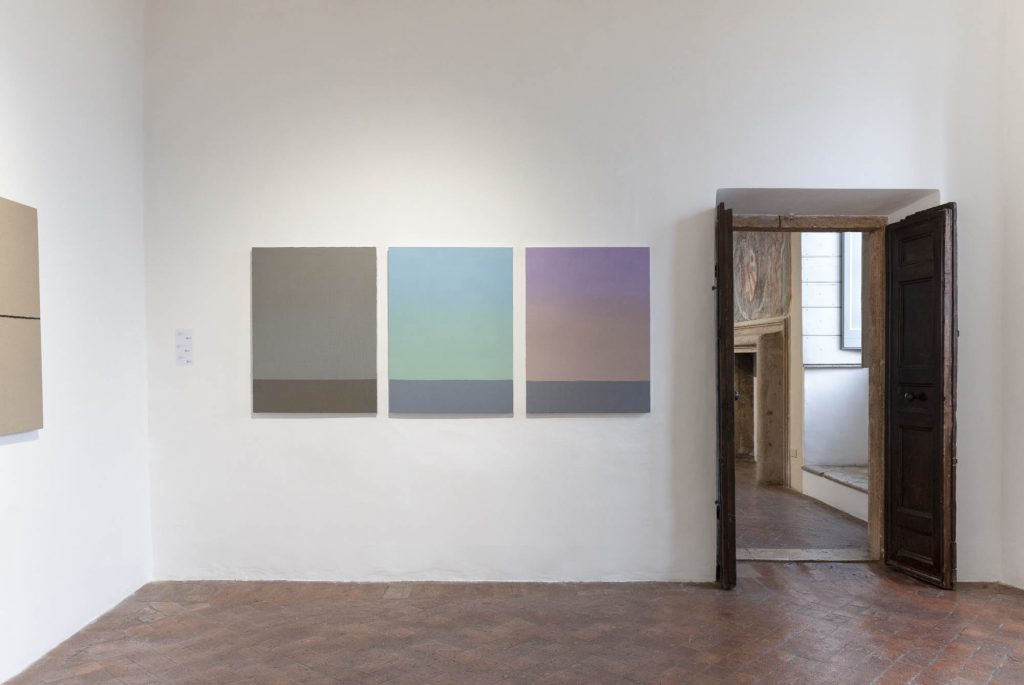 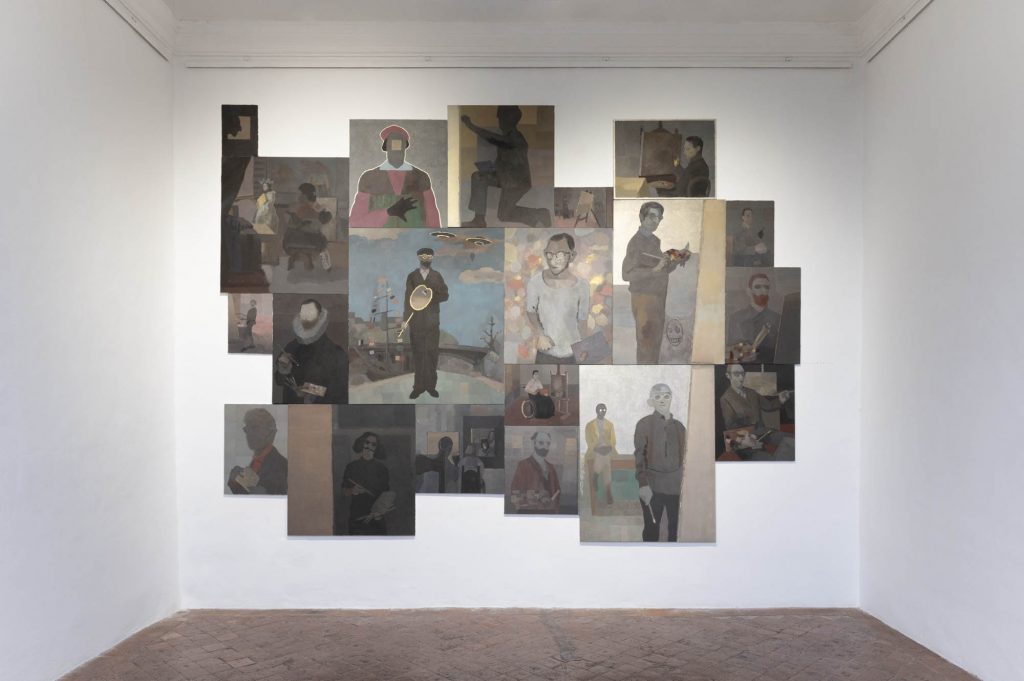 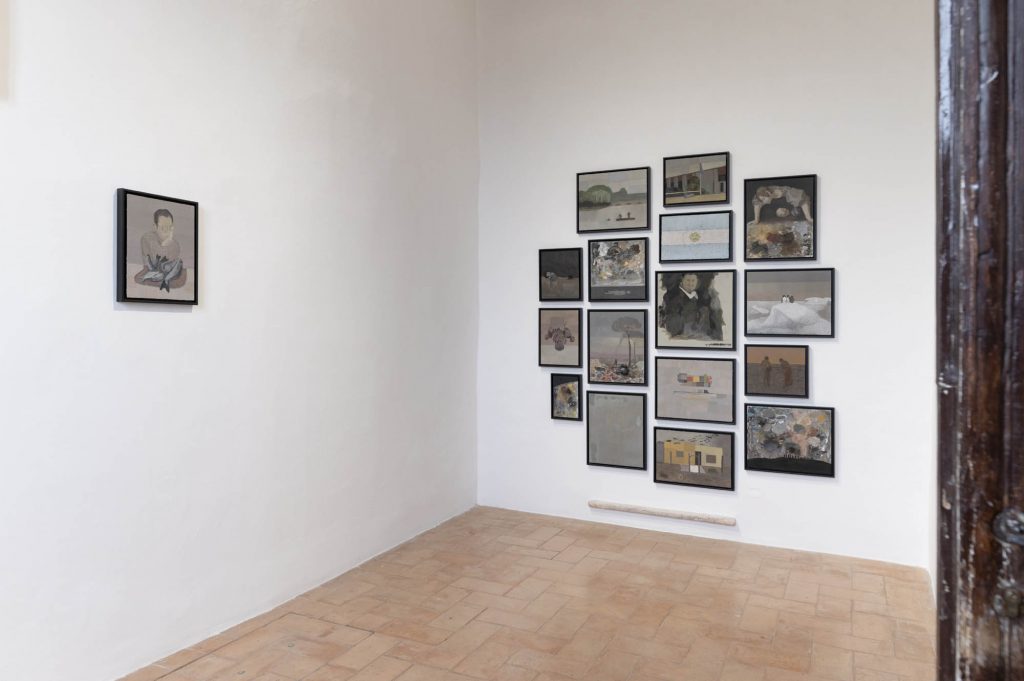 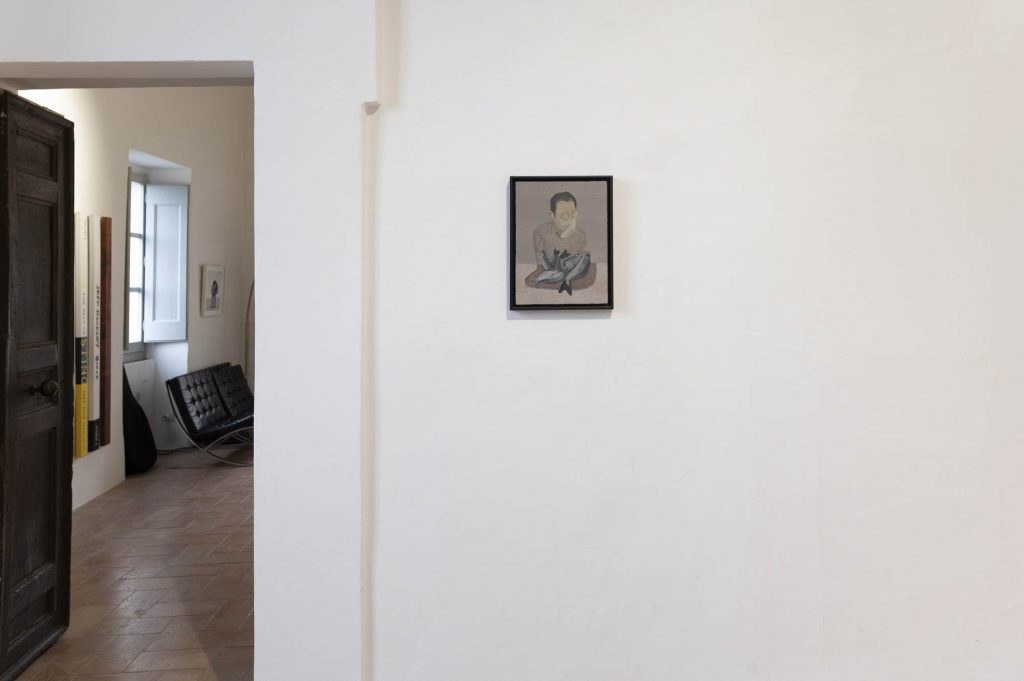