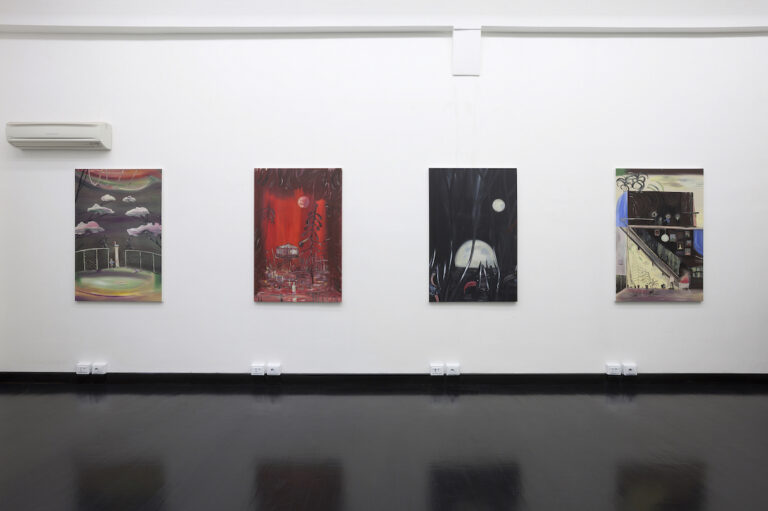 Galleria PACK is pleased to announce, ten years after his last solo show in Milan, the opening of the exhibition “Works” of British artist Robert W. O. Stone. Robert Stone, a keen observer of his surroundings, captures, absorbs, notes and mixes the faces of this suspended and ambiguous reality; colorful hats, accessories timeless, thoughtful women with a blank stare are some of the favorite subjects of the artist which, along with his elusive art, his painting and its flexible, layered look soft aimed at diversity become some of the main characteristics of Stone’s work and research.
Looking at his work in the exhibition is easy to feel immersed and surrounded by an underlying pathos, as if most of it resided far behind what is perceived at first sight by the observer. Stone’s painting lacks any dogma or stylistic coercion, without any academicism and characterized by broad inspiration, a continuous flow of emotions and brushstrokes in which lived scenes are told, inventions of the dream, people and things real or possible.
Painting for Stone is understood as a story in continuous development and movement; with a halo, sometimes comic, the artist wants to bring out the tension and the power of a intimate and personal narrative with the viewer, pushing further up to a figurative representation that mixes opposites to reconcile what is irreconcilable.
Portraits and characters are mixed trends in an open narrative, depriving themselves in this way, of any center and of any temathic certitude, the scenes depicted in Stone’s canvases seem immersed in a layer of clear water where every detail blends in the other, where every gesture hides something else, which is not declared.
Stone’s work transits the fine line between silence and explosion. 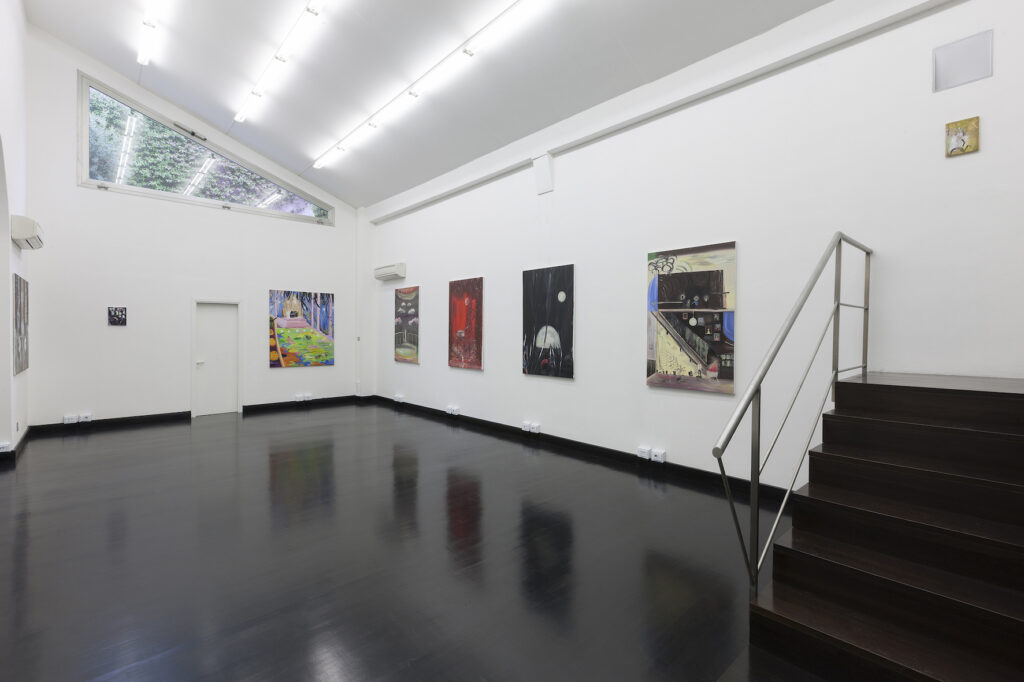 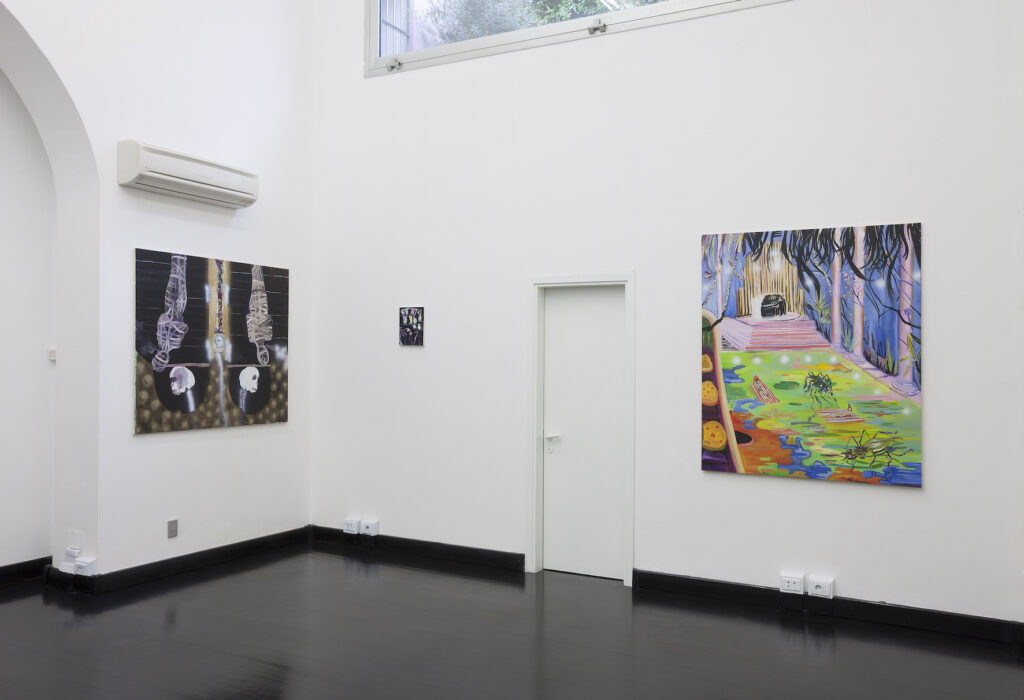 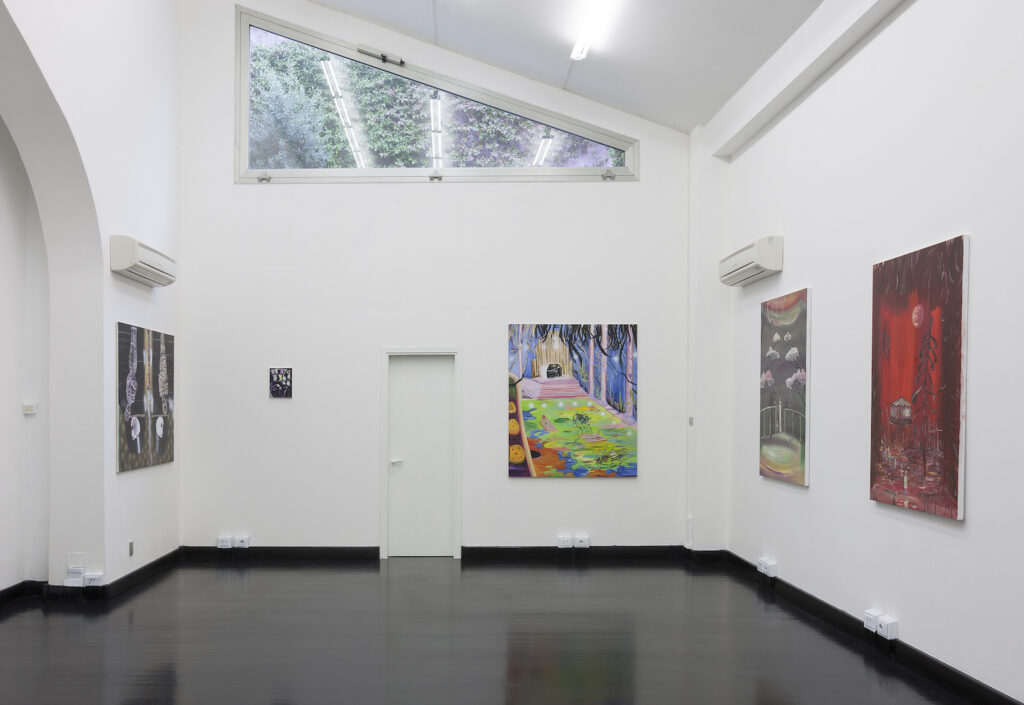 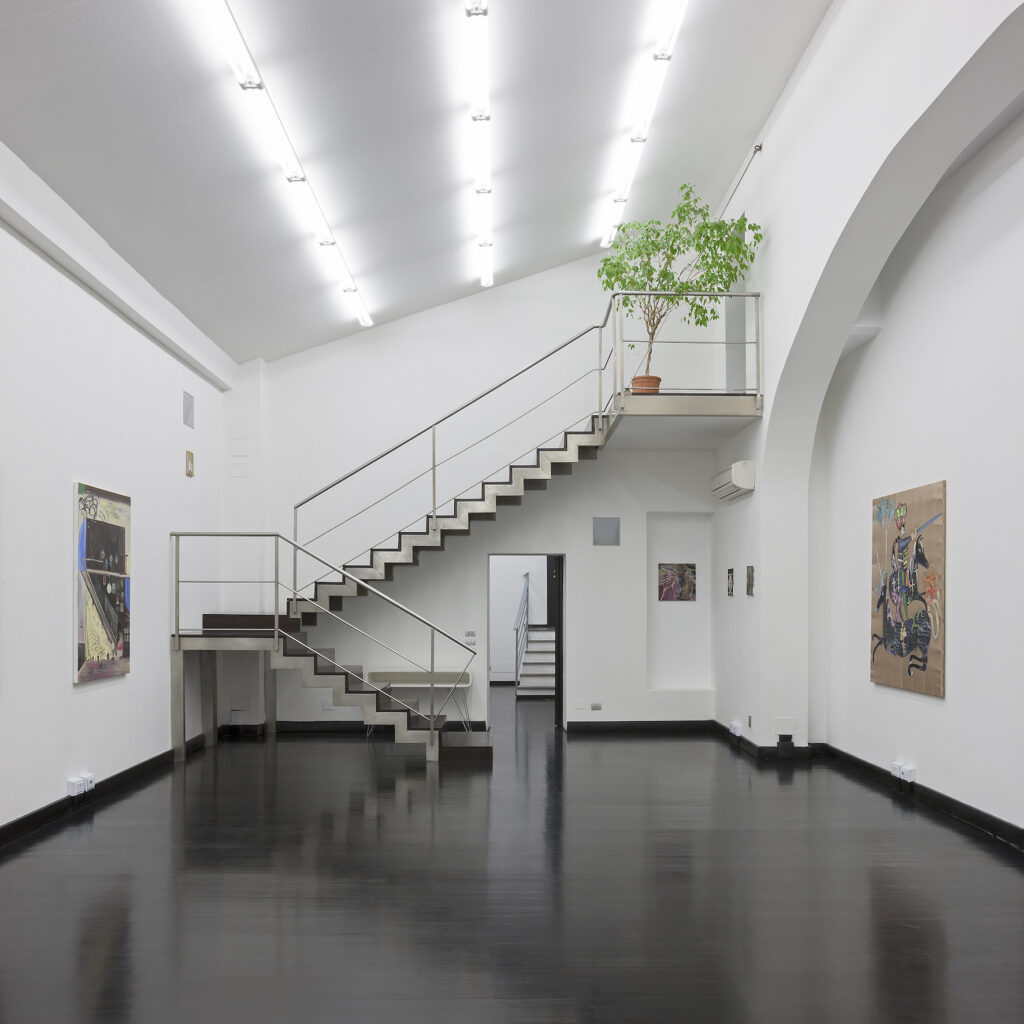 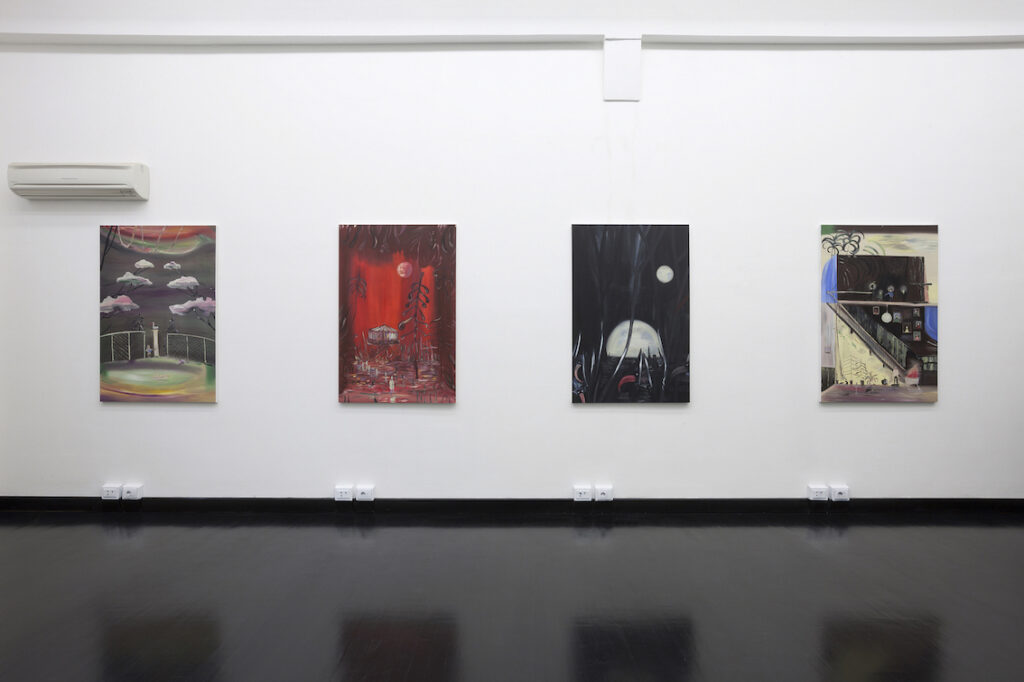 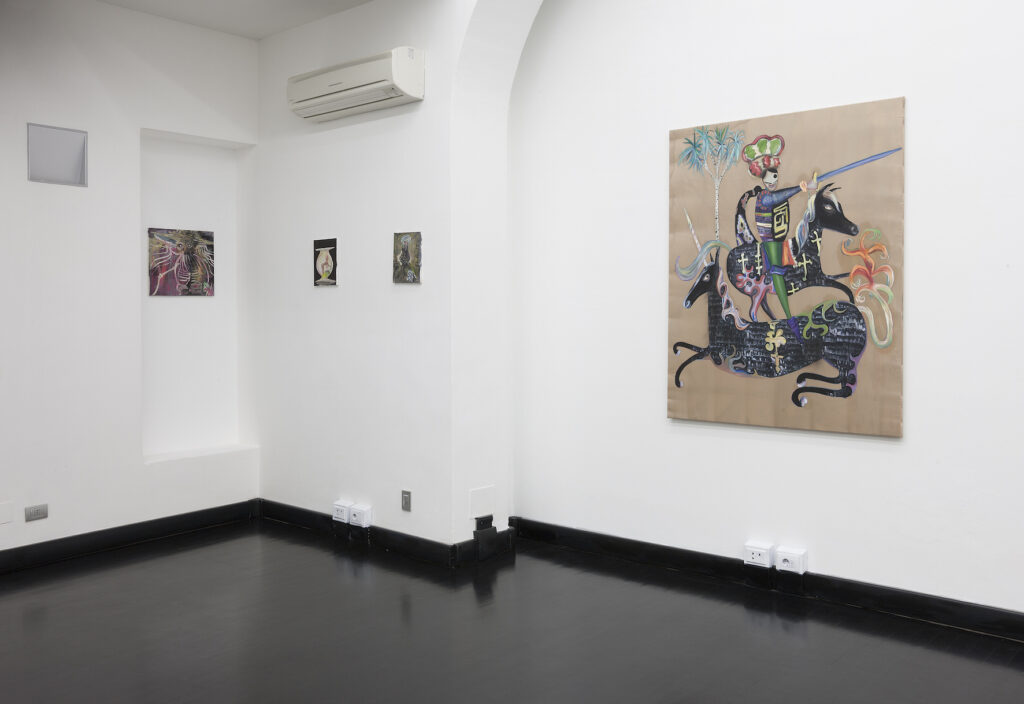