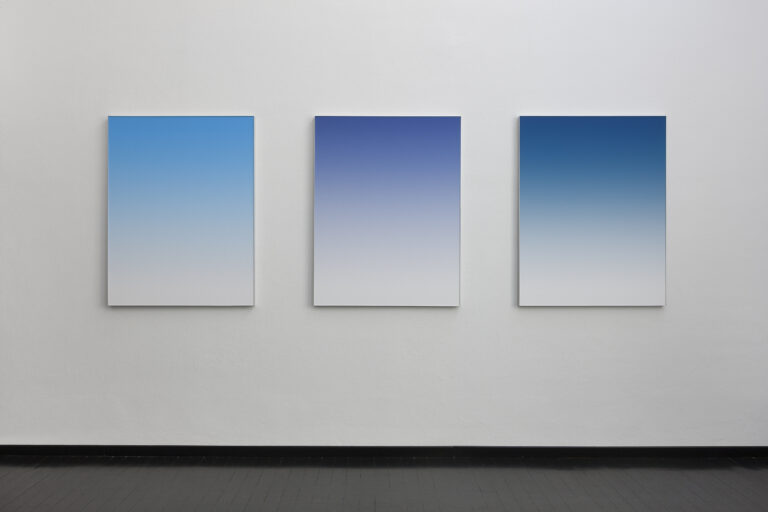 The artist constantly tries to catch something. In the same way, the impatient hand in the anonymous image communicates the vibrant anxiety of the gesture. Simone Bergantini is like J. D. Salinger’s catcher. But what can he really catch? Some shared images, maybe. Or maybe just the sensation that they can exist only in that dimension – the web. It may be a dimension by which we are so absorbed that we do not know how to rule that yet. On the contrary, we may think that the control, which those who existed before us cared about has been abandoned now. It is likely that the tendency to embrace the unclear and the unsuccessful attempt to define its boundaries represents a new scenario, which we have to get familiar to. It is hard, of course. However, it is the artist who has the ungrateful duty of catching something from his – or her – own age. Facebook, Twitter and smartphones – these are the new realities we live in. A world made of screens, flat surfaces, retro illuminated images, news scrolling on tablets and laptops, which we are always about to take off from their case to increase the information about our world or to completely escape from that reality immediately replaced by something fluid. The container has become more important than the content. Follow me on Instagram! It does not matter what I upload on my profile. I have an iPhone! I do not care which photos I will take. The screen of a phone, though broken, is more powerful than what it contains. We are talking about surfaces – monochromatic, flat, lacking any perspectives, anti-narrative, firmly linked to graphics. So the artist is catching something. A possible future aesthetics, maybe. The production of images, which are so proudly two-dimensional, is unprecedented in history. It looks like the age when the frustrating artist used to chase the plasticity of sculpture is now over. Today’s images are created by super-flat devices, which do not shape reality – they rather record it in a likewise linear way, they add it to other level of reality on the base of an additional principle. Consequently, the narration undergoes a mutation, and characters and places disappear – what is left are flat surfaces and objects. We live in an era overwhelmed by information, which damage our cognitive skills instead of pumping them. So art is not supposed to contribute to the creation of this informative fatigue – this is the reason why the register of art is changing, gradually taking distance from the narrative textile, which leads to the atrophy of the mind. The path, which art is taking consists in choosing quotes from the real instead of reality itself. One part to the detriment of the whole. This fragmentation supports an open-minded attitude, it allows to reshape the boundaries of authority and to feel the structural changes in the artistic research compared to the models of life, which we are all embracing. A new iconography is rising notwithstanding the opposition of some critics, always ready to find political and social references in any image. It is possible that this desperate search for a meaning, exclusively pointing towards the past, is destined to dissipate in new practices, more effective than the previous ones in recording the fading reality we live in. So the artist, like the catcher in a baseball game, is ready to receive the balls from the pitcher – those balls, which the catcher himself often suggests.
Today, that pitcher ready to throw the ball is technology, and the artist, with his – or her – mask and chest protector, has to be ready to receive that ball as well as to call it. In order to do that, the artist has to know the game very well and to expect the trajectories. He – or she – cannot distract from the game looking at the past since he – or she – would not be ready to face the present, to receive the immediate ball, the quick and precise ball heading to the future. Bergantini does not often use technology directly – he receives its suggestions and tries to hit them back through images and objects. He prefers to stop the flow of events and collect its traces, like an archeologist. However, instead of dealing with the past he is called to direct his own sight somewhere else, on a slippery though fascinating surface.
This is dangerous but rich with the satisfactions typical of something which is still not known. And this is our turn, the beneficiaries of this practice – the game takes place so that the message reaches someone who has to follow the game even without the information, which have alimented it. It is just us, alone, face to face with three big chromatic surfaces, which lack icons. Us, lacking a semantic handhold, which piques any previous interest. Us, who are called to manage a sort of vertigo, alone. A pleasure coming from technology, from erasing the pain represented by the routine of its use. 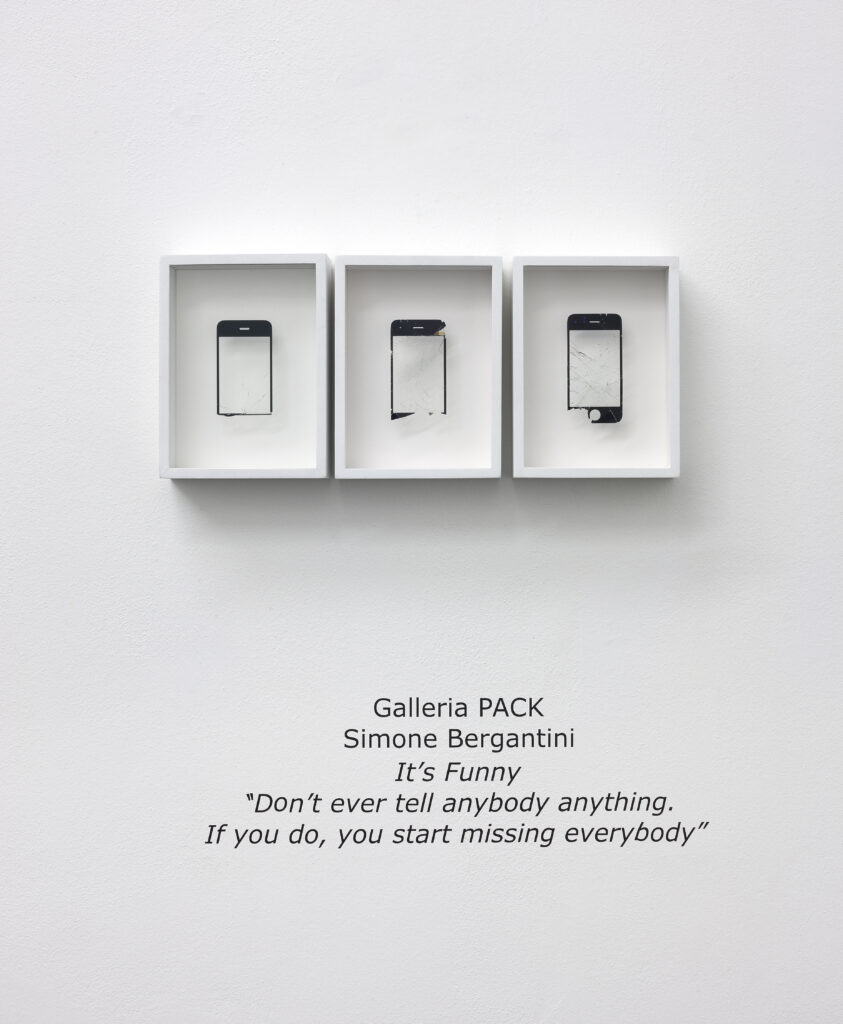 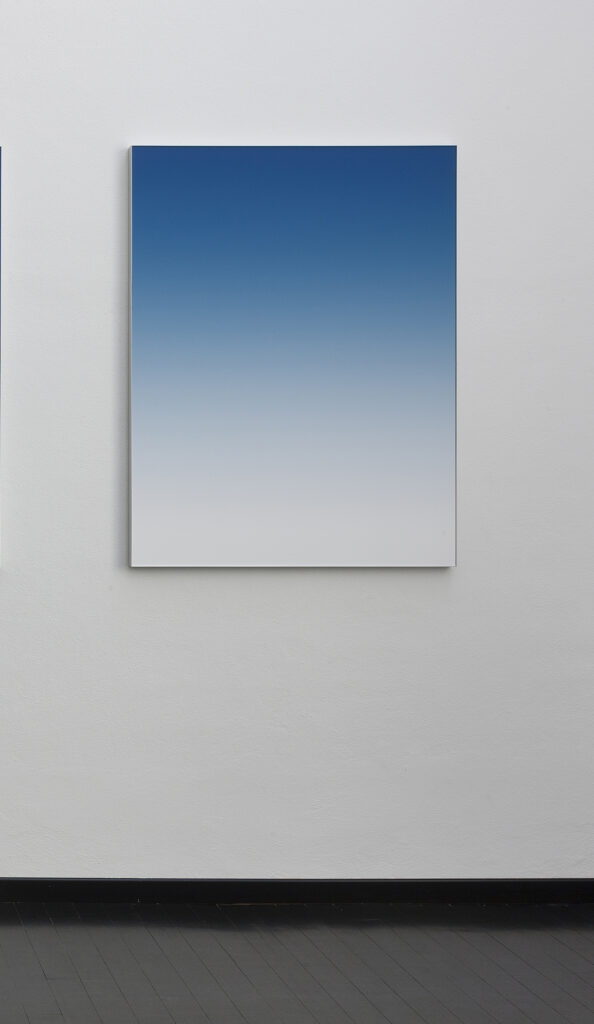 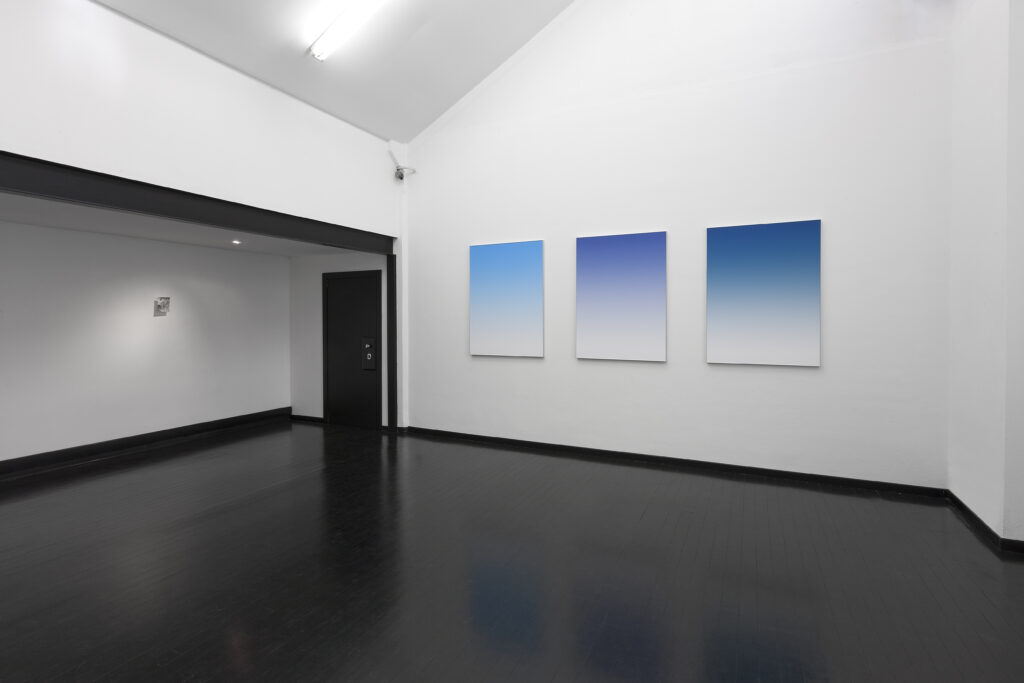 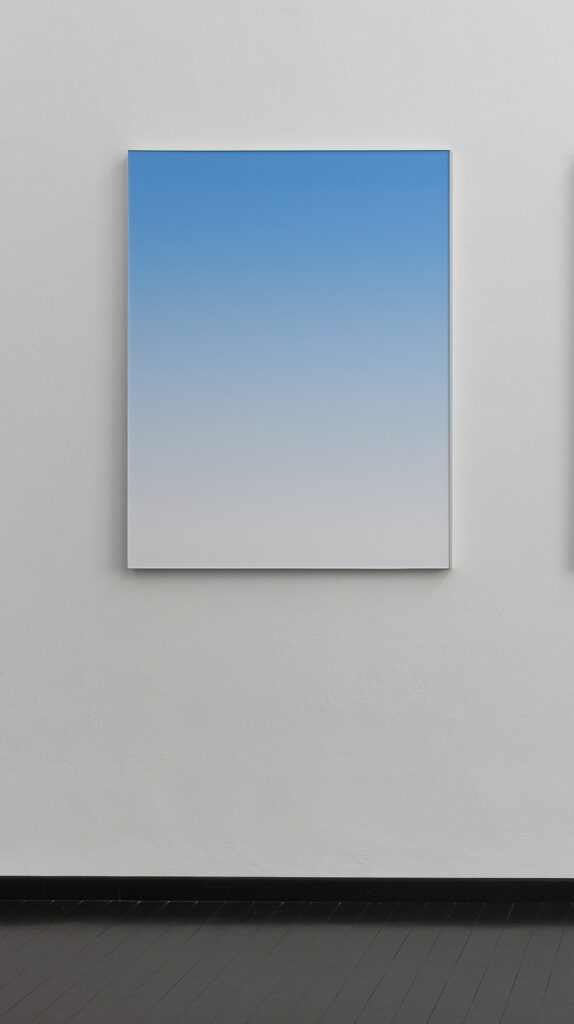 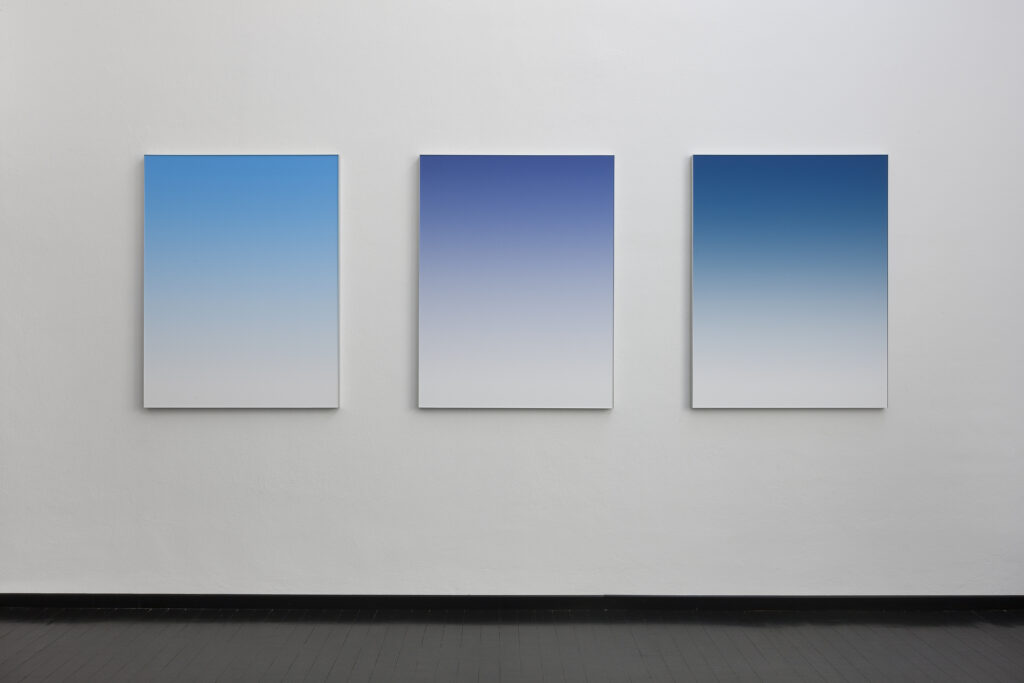 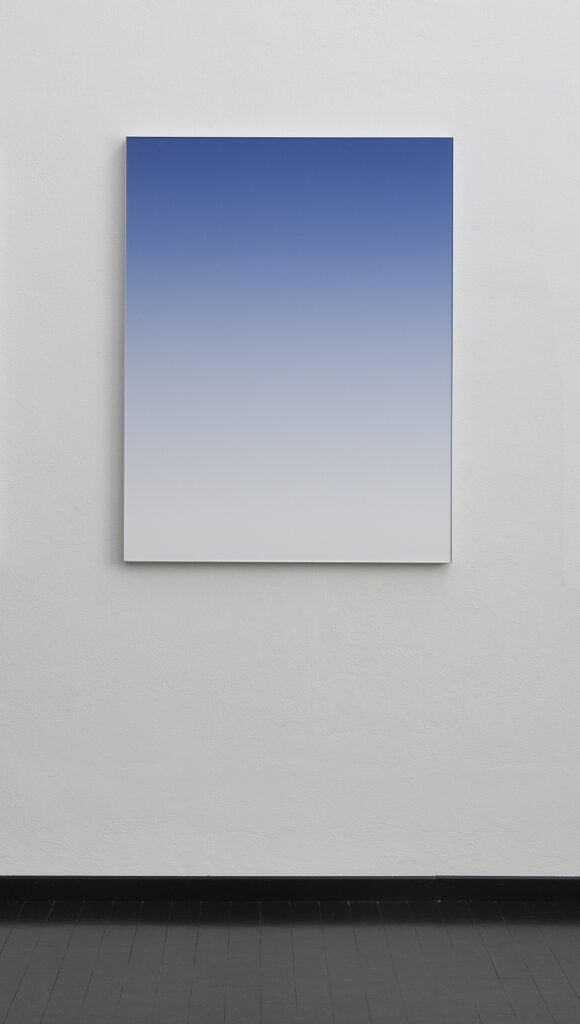