“SOMEDAY EVERYTHING WILL BE DIFFERENT” 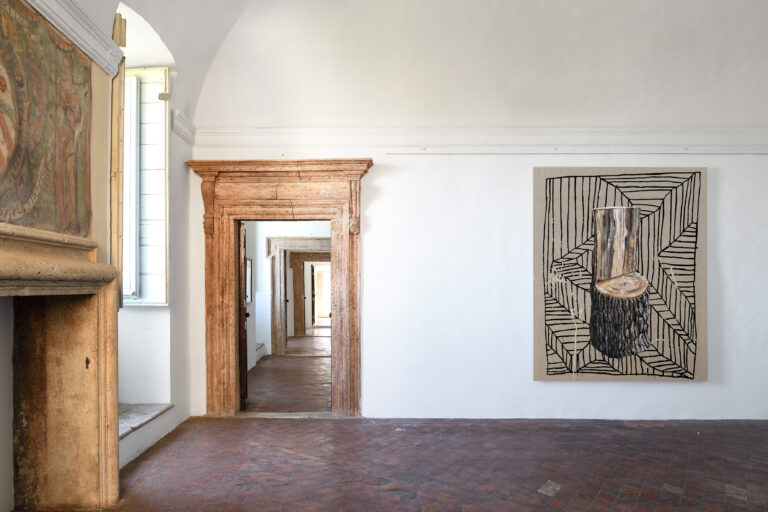 Gino De Dominicis used to say that the youngest art was ancient art because it sprang up first in time. He was a native of Ancona, a city in central Italy quite close to Todi: I like to think that this ancient city, according to his youthful assumption, contributed to formulating that concept.

What is certain is that this place provided me and the gallery ‘s research, the stimulation that I struggled to find in the urban routine in which I was caught up. Hence the invitation extended to Jason Middlebrook to create an exhibition for Todi, in Todi.

Jason is an ancient painter, and hence an extremely modern one, who created conceptual works more than twenty years ago, only to abandon them and concentrate on painting. His most recent production sees him creating optical textures on pieces of tree trunks, a primitive material on which he intervenes with intellectual skills and geometric elements bordering on the alchemical. In his work, we can recognise the influence of Michigan, the Great Lakes where he comes from and Silicon Valley, California, where he grew up.

Today Jason is in Todi, where he has spent part of the summer painting in a setting that could not be further from what he is accustomed to: here he uses huge linen canvases, portraying glimpses of landscapes with the attention to detail of an Orientalist, portraying in macro format, objects found by chance, and sometimes returning to those geometries to which he is accustomed, but lightening them from usual rigidity. Here he has rediscovered the pleasure of experimentation and observing his surroundings.

SOMEDAY EVERYTHING WILL BE DIFFERENT is the title chosen by Jason, a quote taken from When I Paint my Masterpiece, one of the most significant songs in Bob Dylan’s output, which speaks of the artist’s frustration and the hope that painting a masterpiece might cause things to change. In Todi (Italy) Jason was struck with the feeling that time was standing still, hence the creative urge to try to change.

Everything here is very ancient, therefore new. A pleasant place where unpredictable encounters take place, such as the one with John R. Pepper, an old-school photographer and lover of the most rigorous black and white pictures. A friendship was struck between the two American artists in a foreign land. John began to document the genesis of the works in the exhibition through the photos included in the book that will be presented at the finissage. In the accompanying text by the Russian scholar Kirill Petrin, we read that we can never know what the creative process of the new art of past centuries was like. Through this book, we fortunately have the opportunity to witness how that can inspire the contemporary sensibility of an artist living in our time. 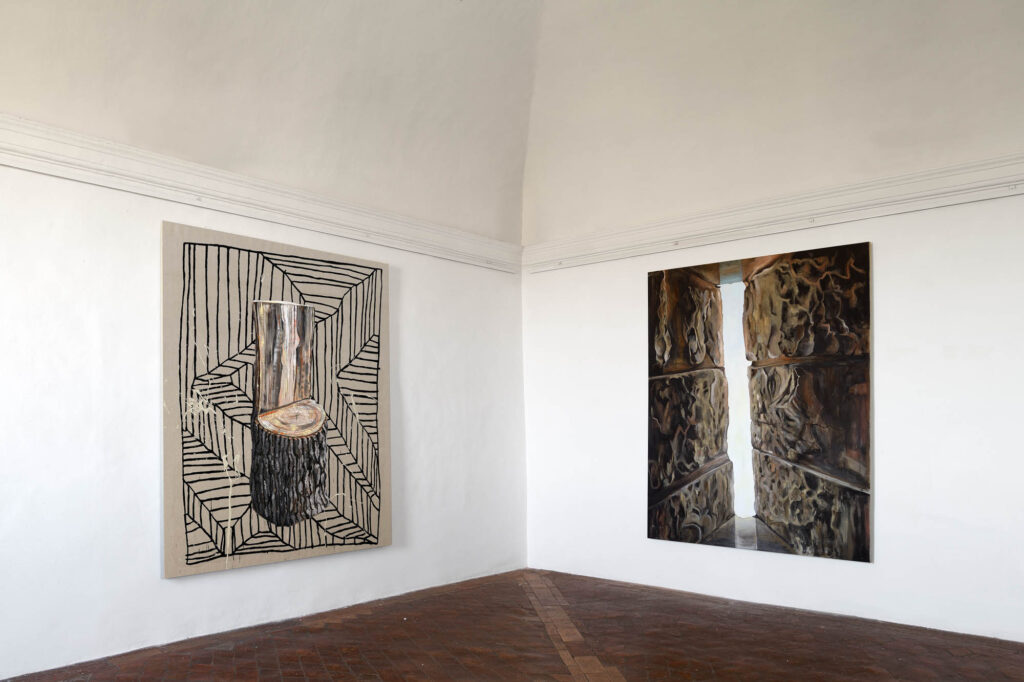 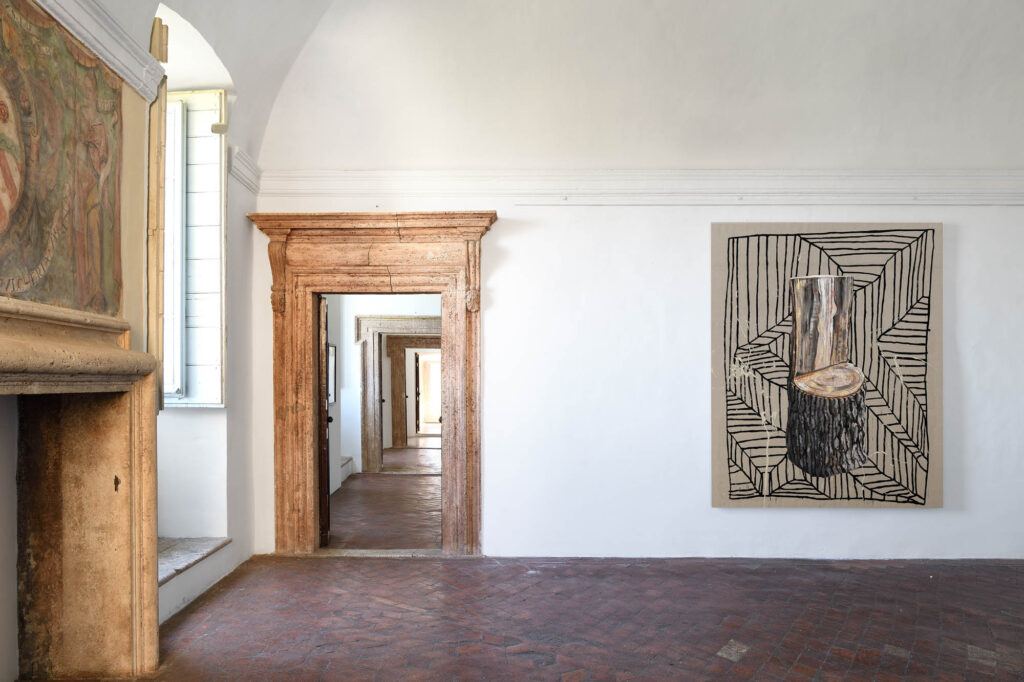 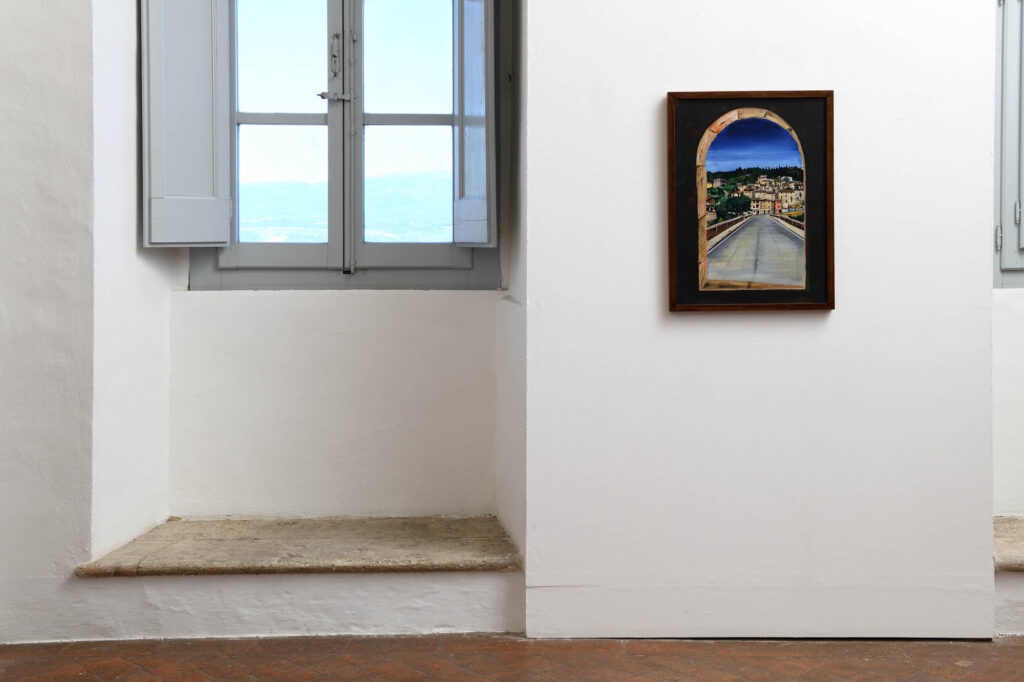 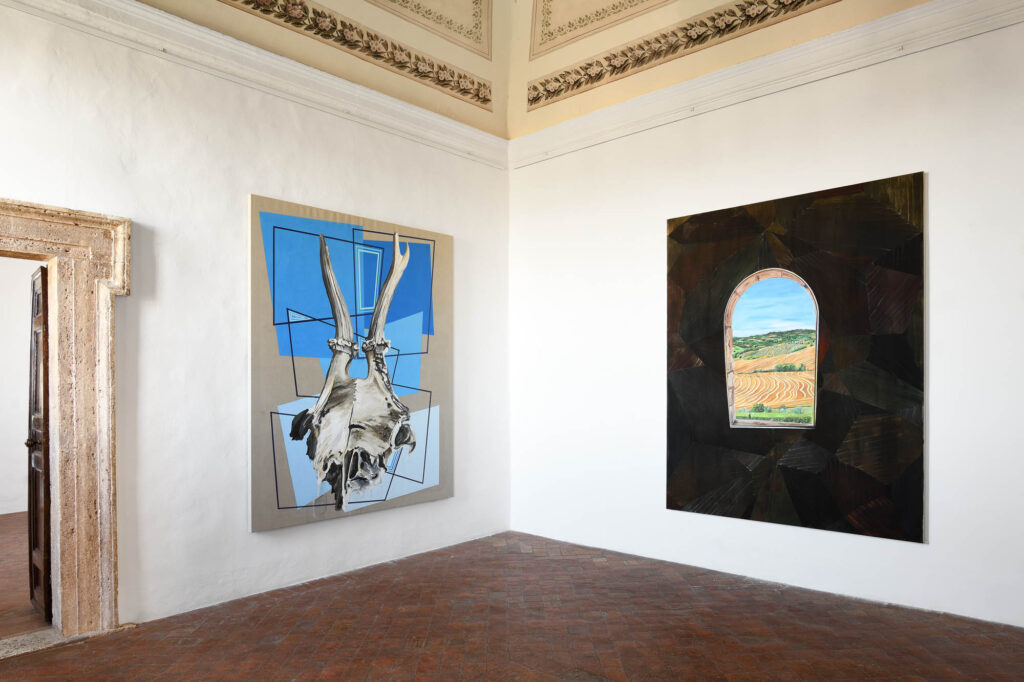 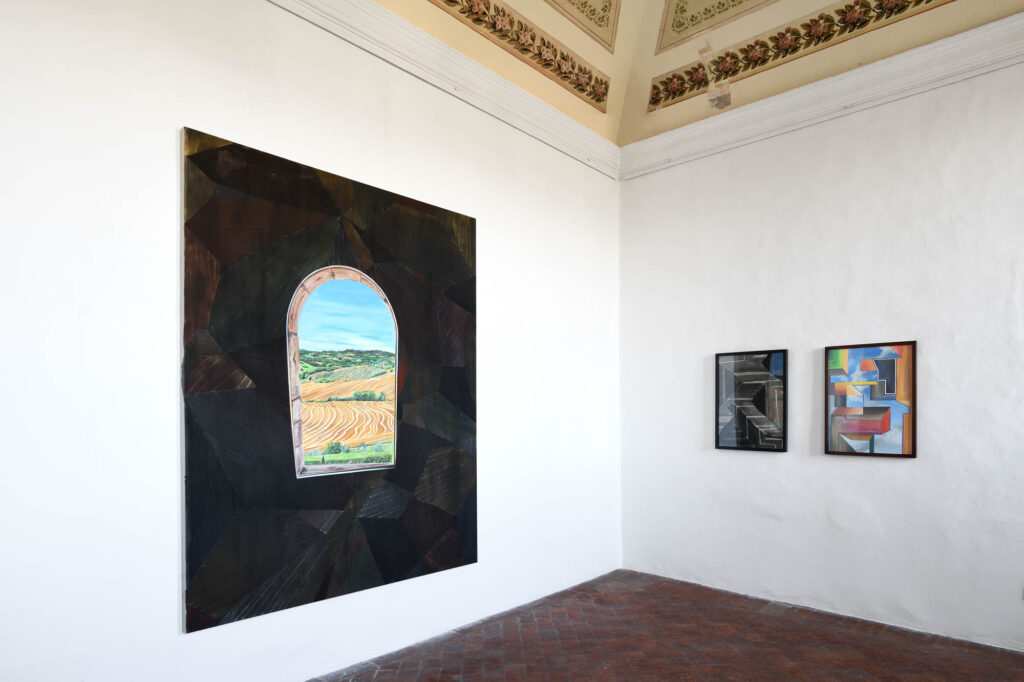 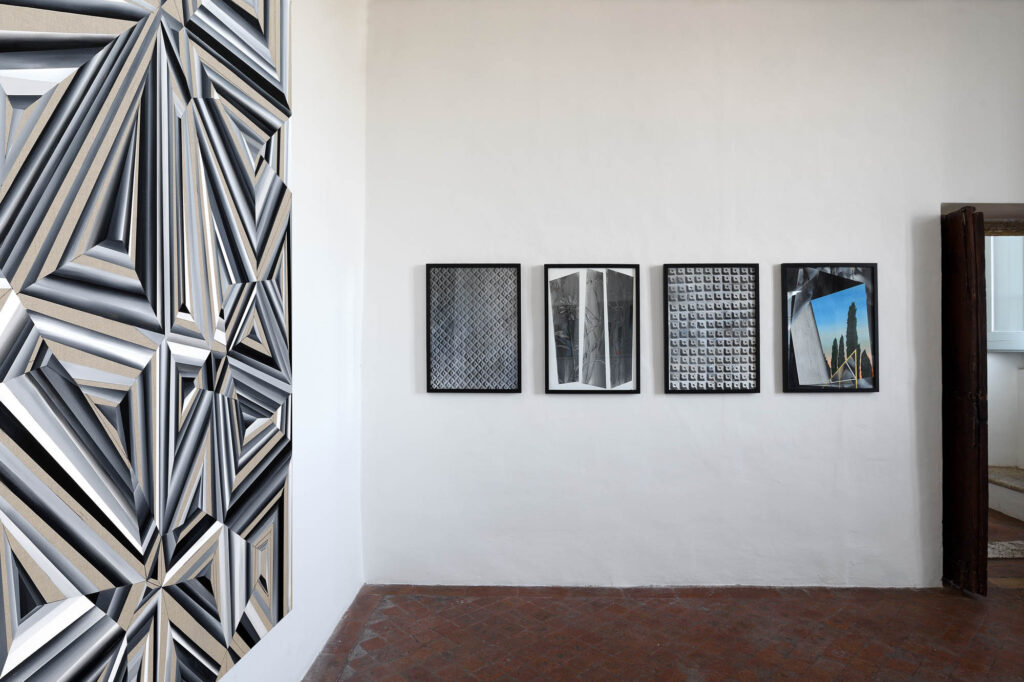 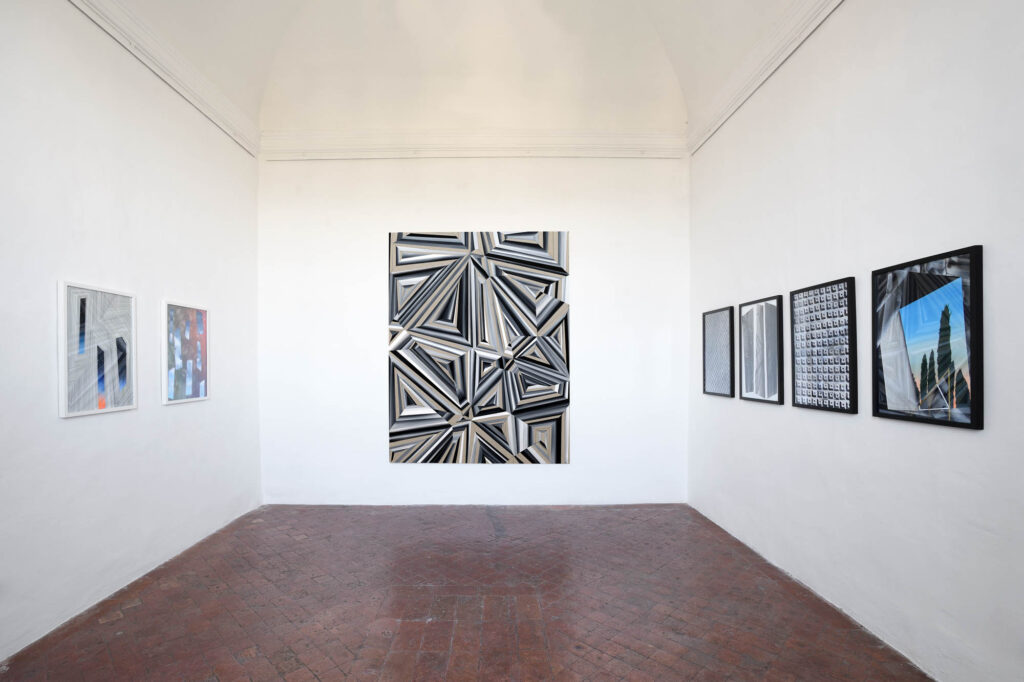 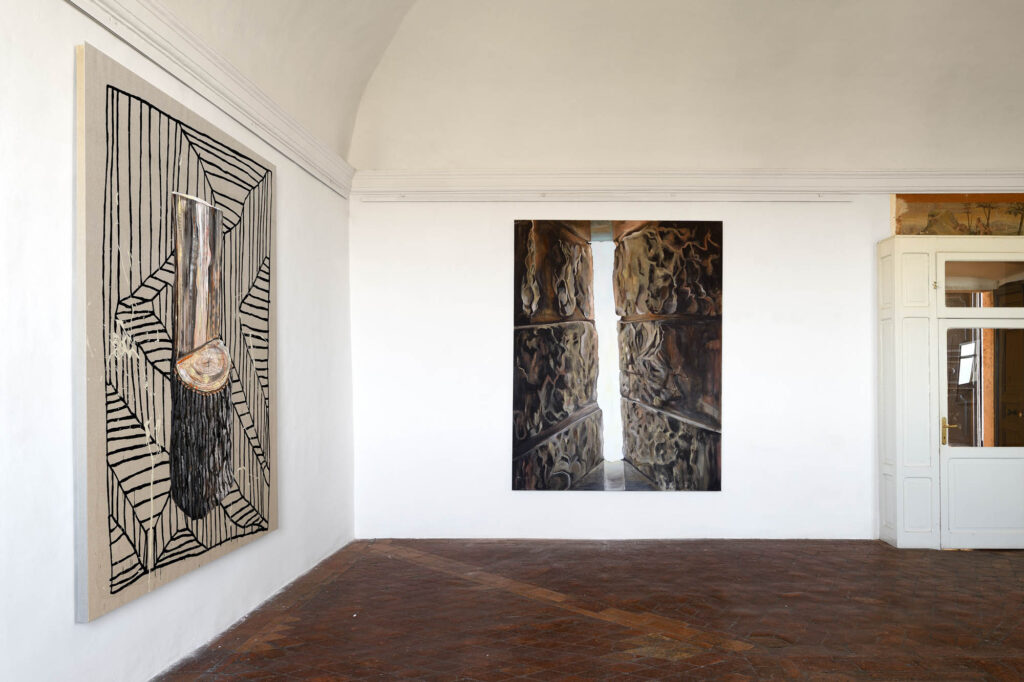 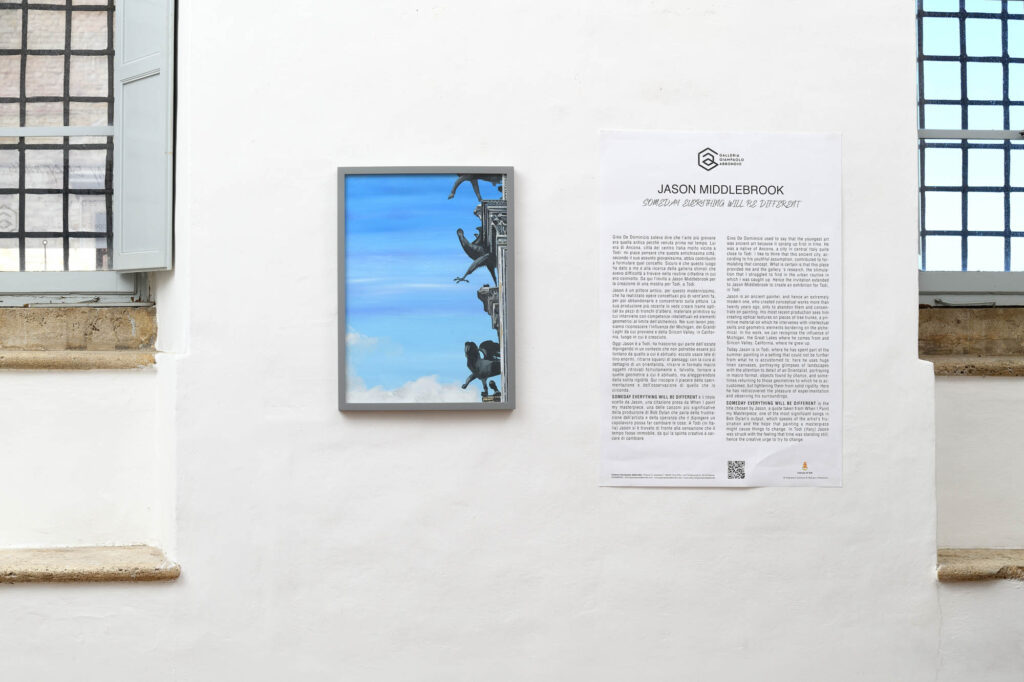 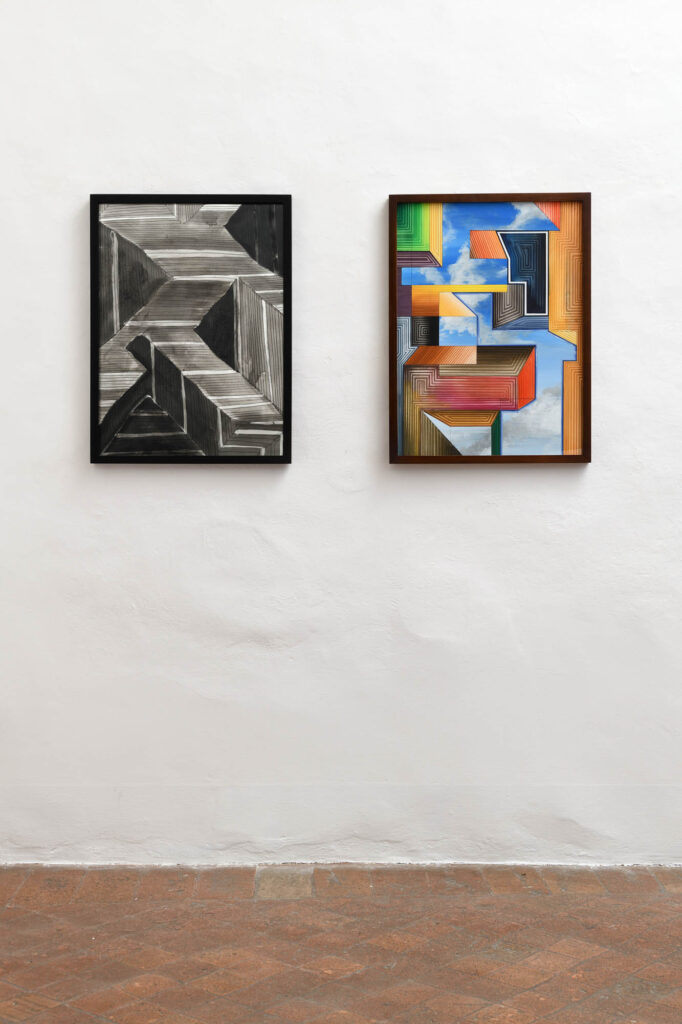 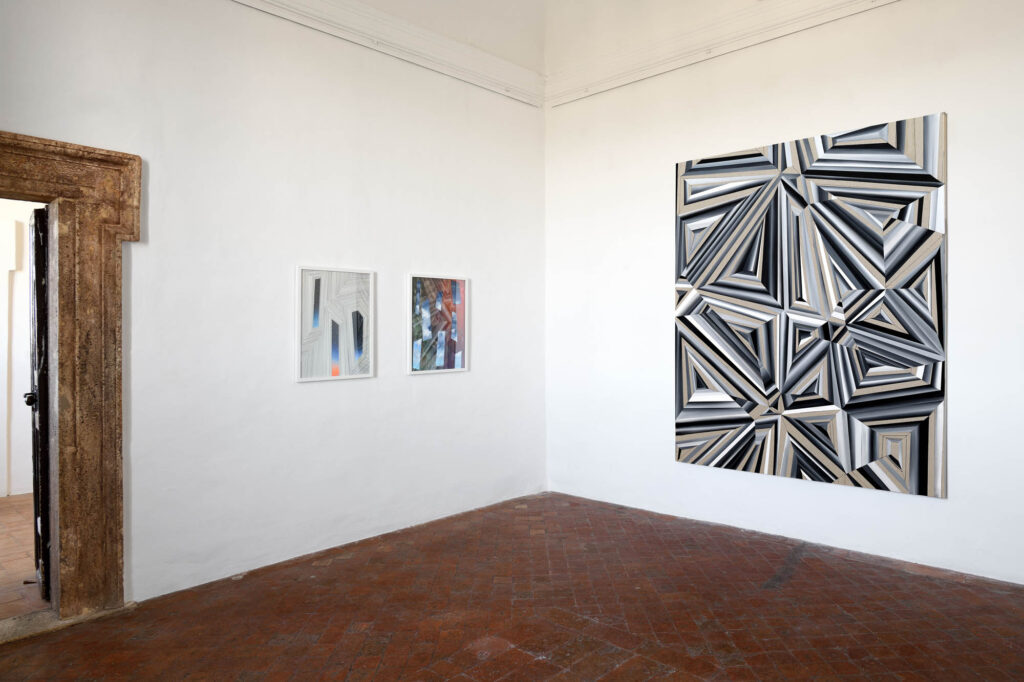 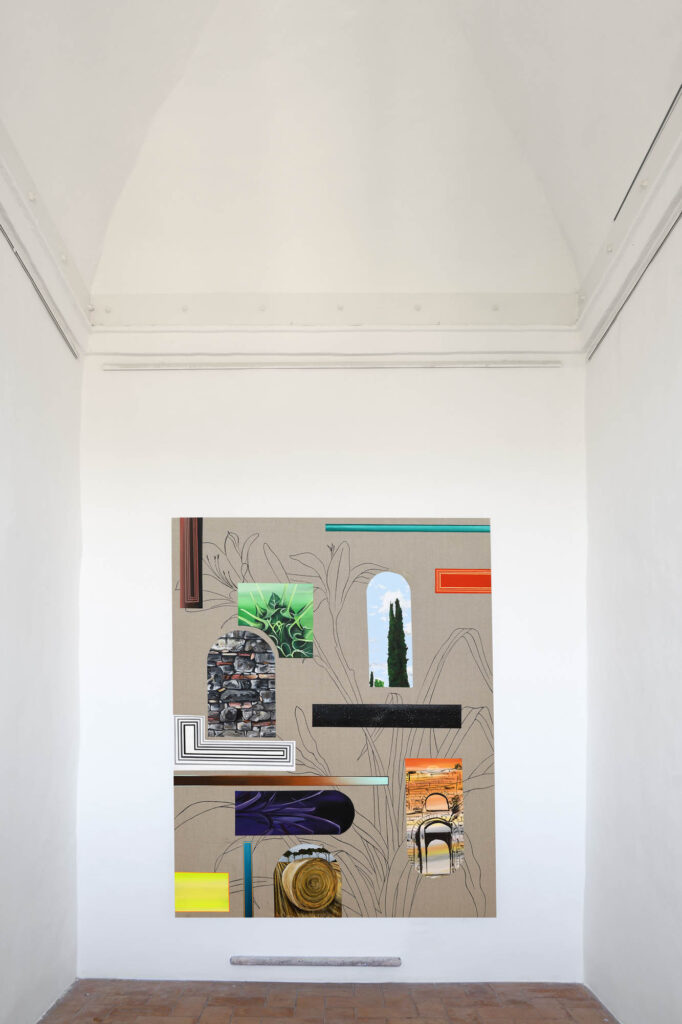 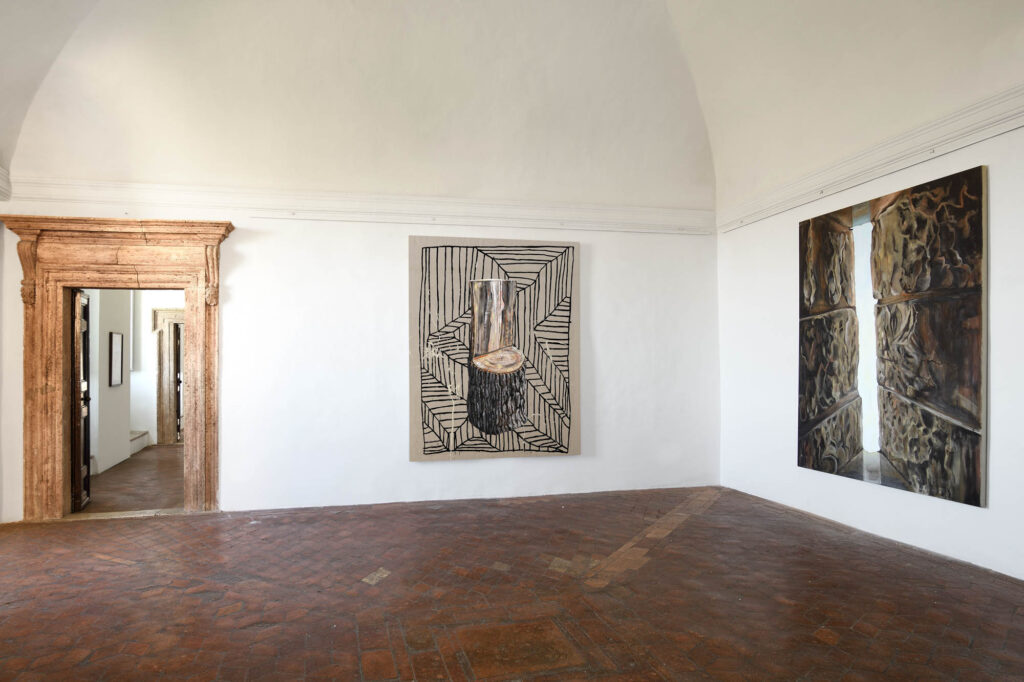 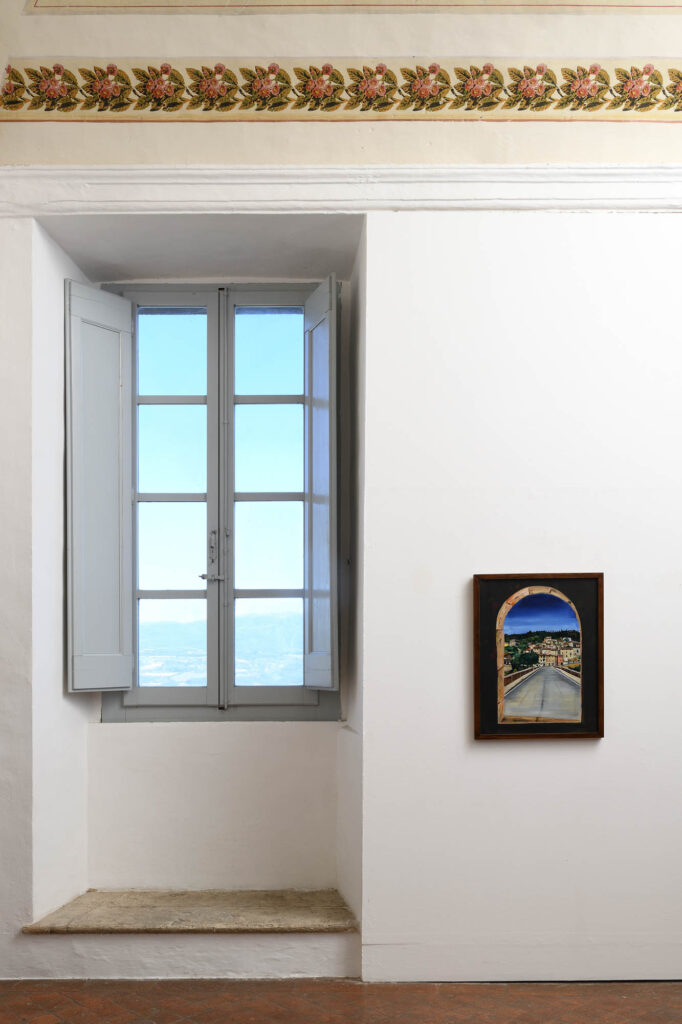 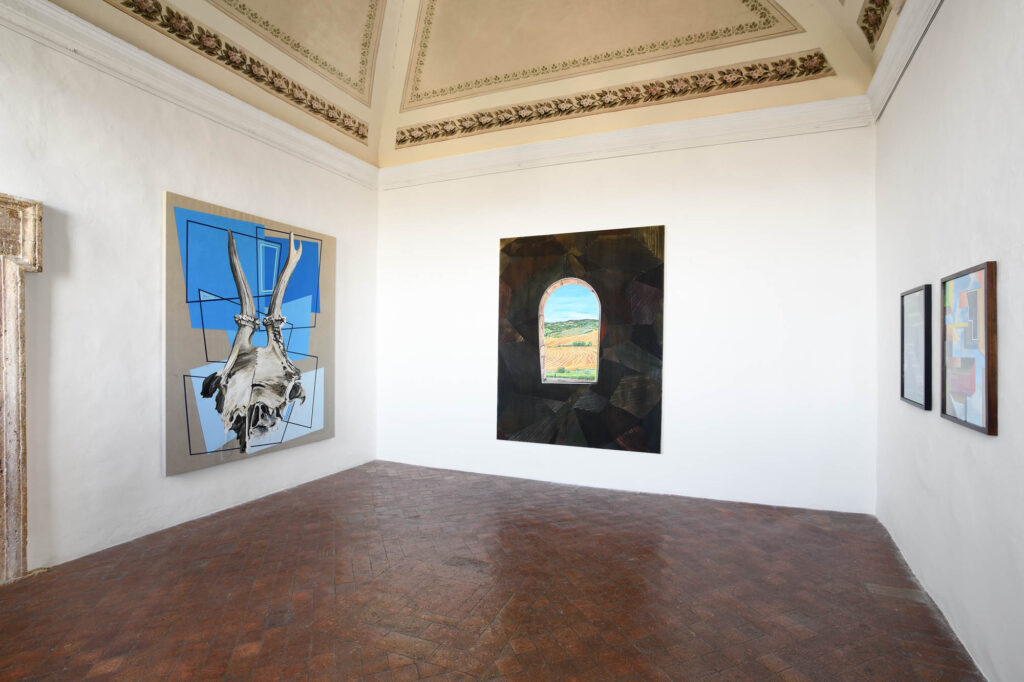 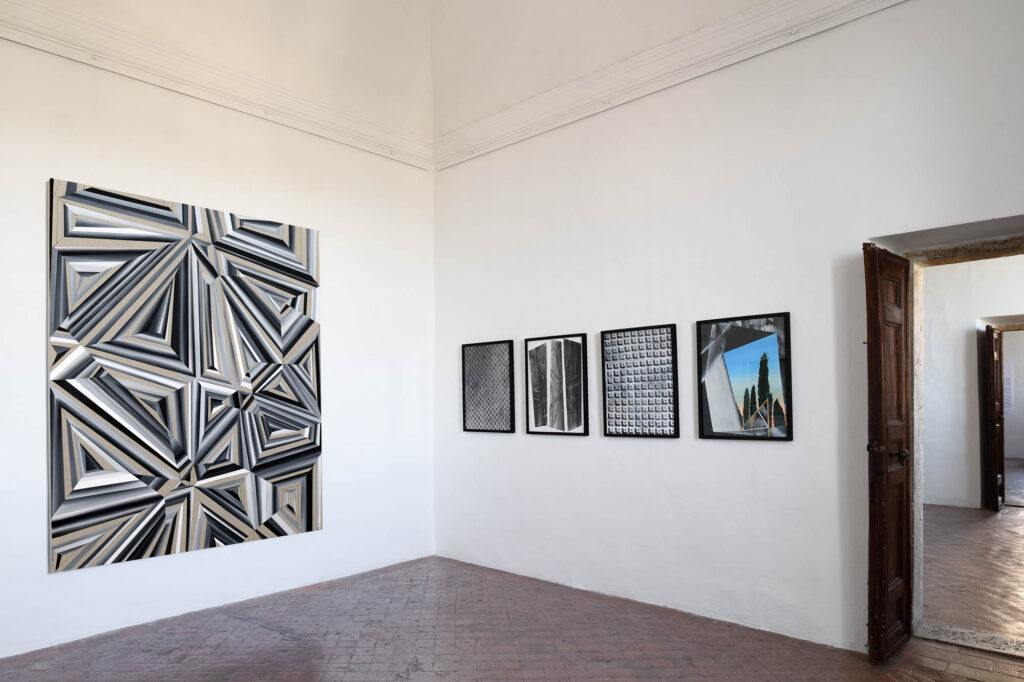 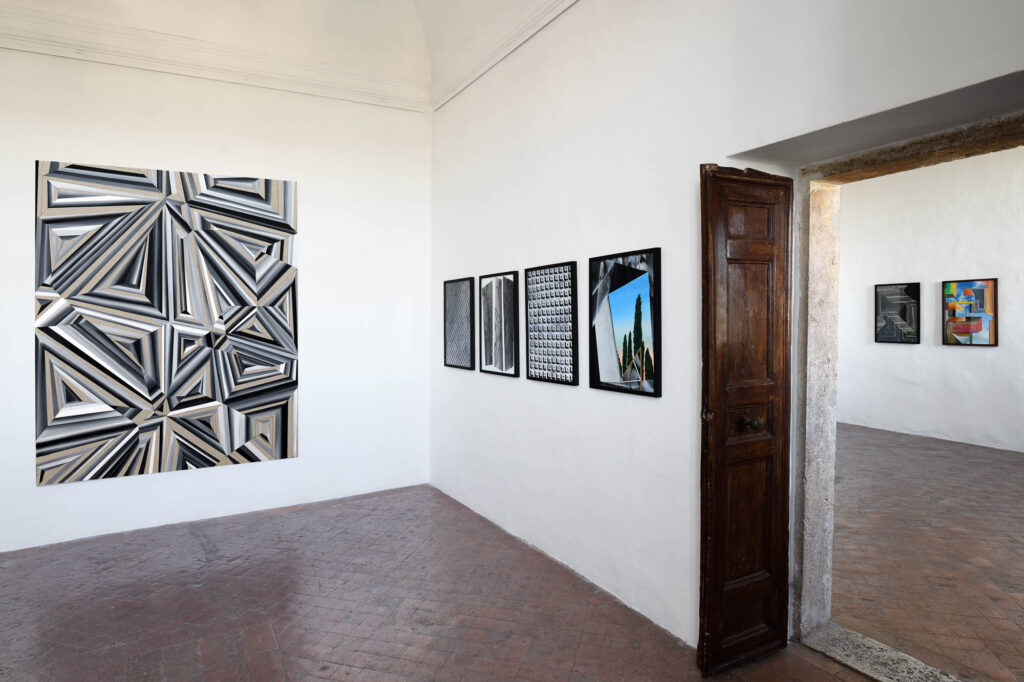 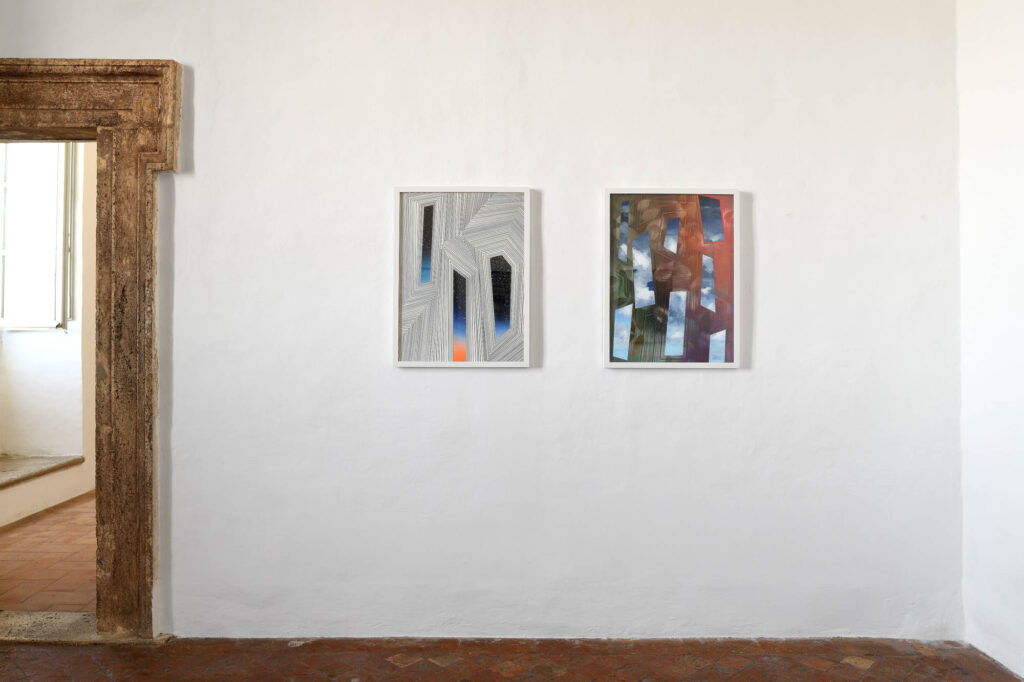