“ANY COLOR YOU LIKE AS LONG AS IT’S WHITE” 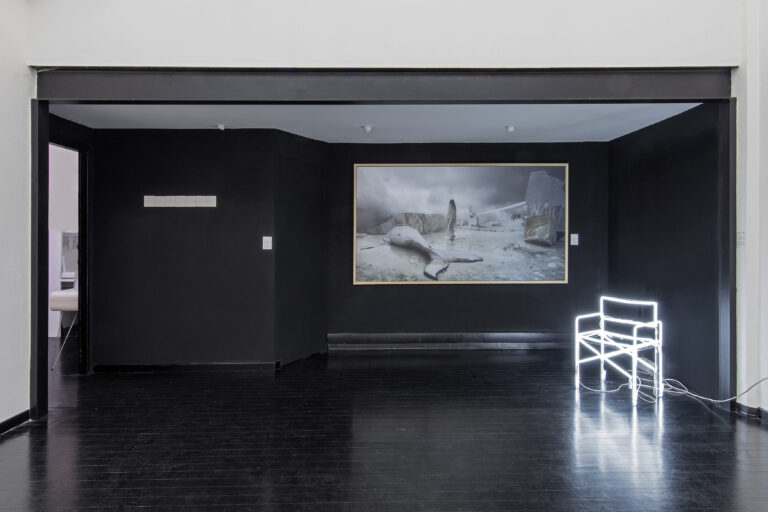 Galleria Pack is pleased to announce the group exhibition ANY COLOR YOU LIKE, AS LONG AS IT’S WHITE. The title is a tribute to Henry Ford’s famous phrase referring to the first mass produced car, the Ford Model T, of which he claimed he would be able to produce in any color as long as it was black. This journey through the various hues of white you will find on display, is a research that springs from the will to follow the work of the artist along a pathway that begins on the white canvas, and continues until the creation of a work in which white, the container of all the colors of the rainbow, is its dominant theme, the point of arrival and at the same time the point of return.
Our journey starts off with the polyptych in six tables UNTITLED (2008) by David Ter-Oganyan, in which we find just as many stencils with which he ideally produces his own masterpieces of great masters at home, with a fierce irony, the Russian artist denounces the serialization and marketing that holds sway in the art market. This is followed by INSOMNIA FATALE (1998) by Robert Gligorov, the artist is here completely painted white, it is only through the blood dripping from his mouth that we distinguish him from the background that is also white, a clear metaphor of the suffering of the creative gesture. A work by Matteo Basilé is instead PIETRA SANTA (2016), set in a marble quarry of the Apuan Alps we find a woman wandering amongst abandoned machines and a white whale: the Leviathan meets the Mother thus generating the Work, all around is a cloud that erases the world. Massimo Uberti gives us LINEE DI COSTRUZIONE (BUILDING LINES) (2012) in which the white neon light delimits a space that is at the same time a creationand a boundary. With GLASSES (2012) by Igor Eskinja our gaze is forced upon a white that blanks out everything. Of the late Abbas Kiarostami is SNOW WHITE (2002), a snowy landscape bordered by trees that are only suggested as if there were a memory. Finally, the ceramic work of Luisa Rabbia SENZA TITOLO (UNTITLED) (2003) in which a memory of the mother emerges, as pure as the white from which it emerges. To conclude the exhibition two PICS (2014) by Simone Bergantini, in a capsizing similar to that made by Giulio Paolini, we find two backs of old photographs, where the photographic paper represents a neutral container of all our stories. 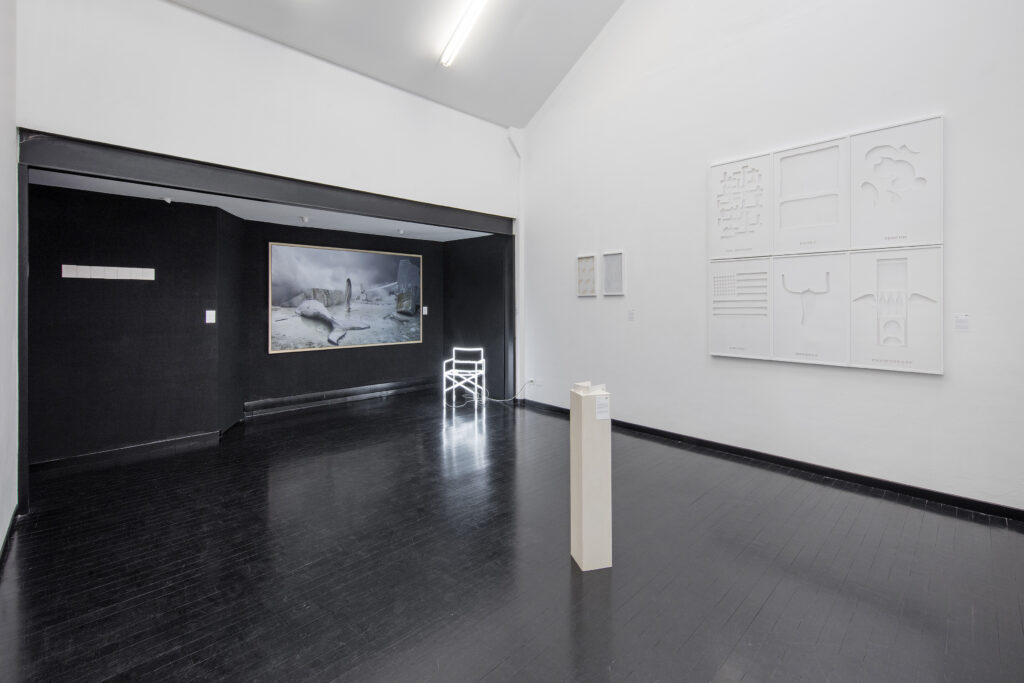 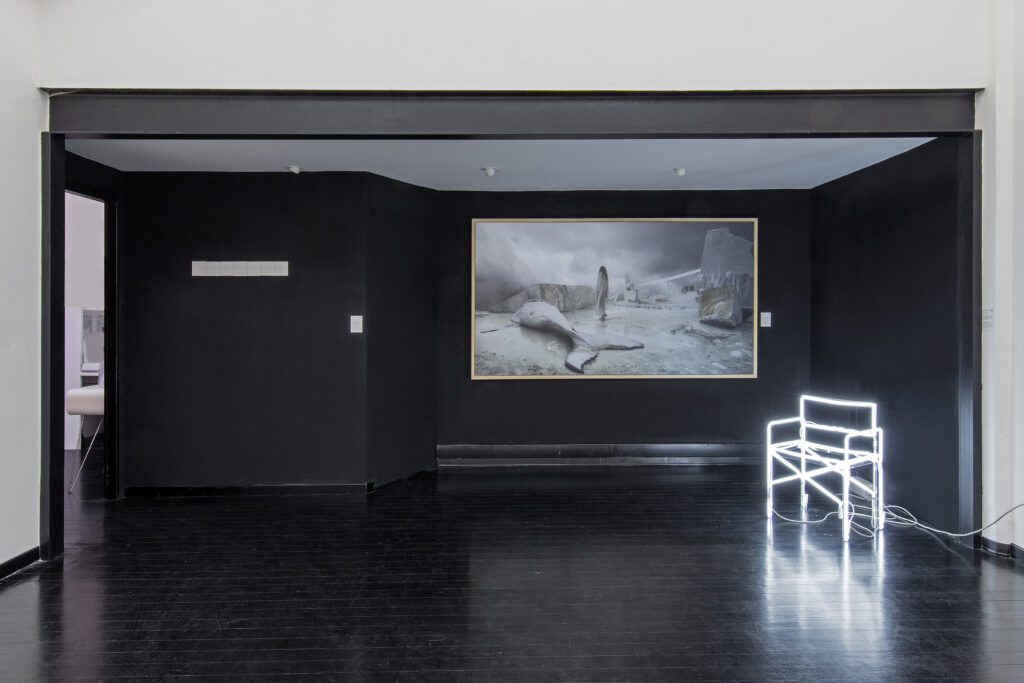 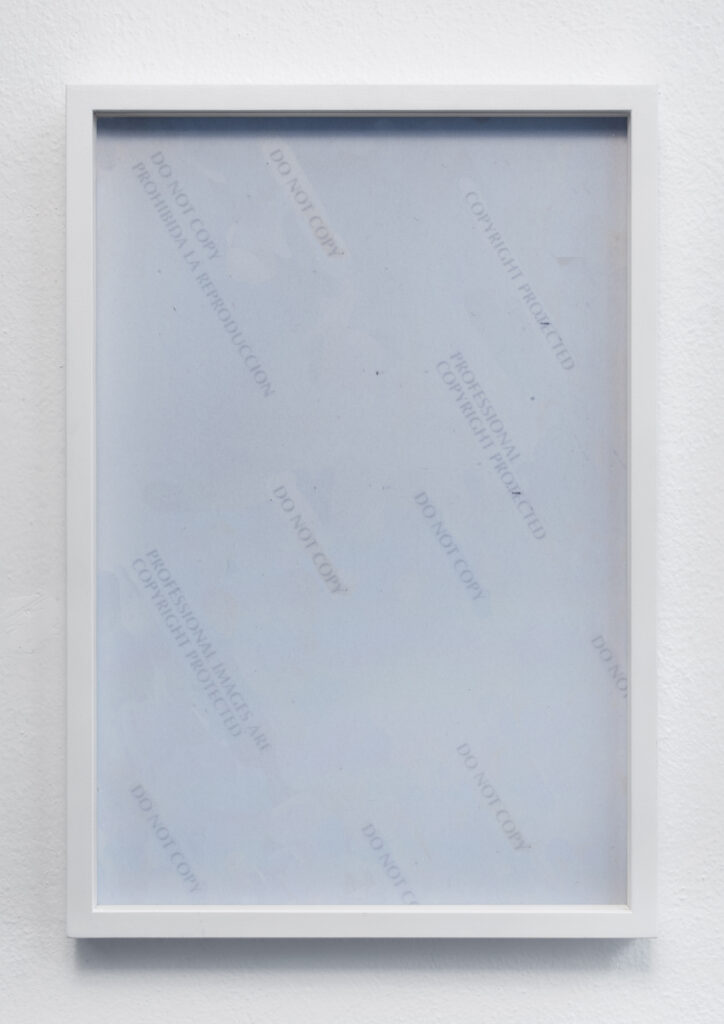 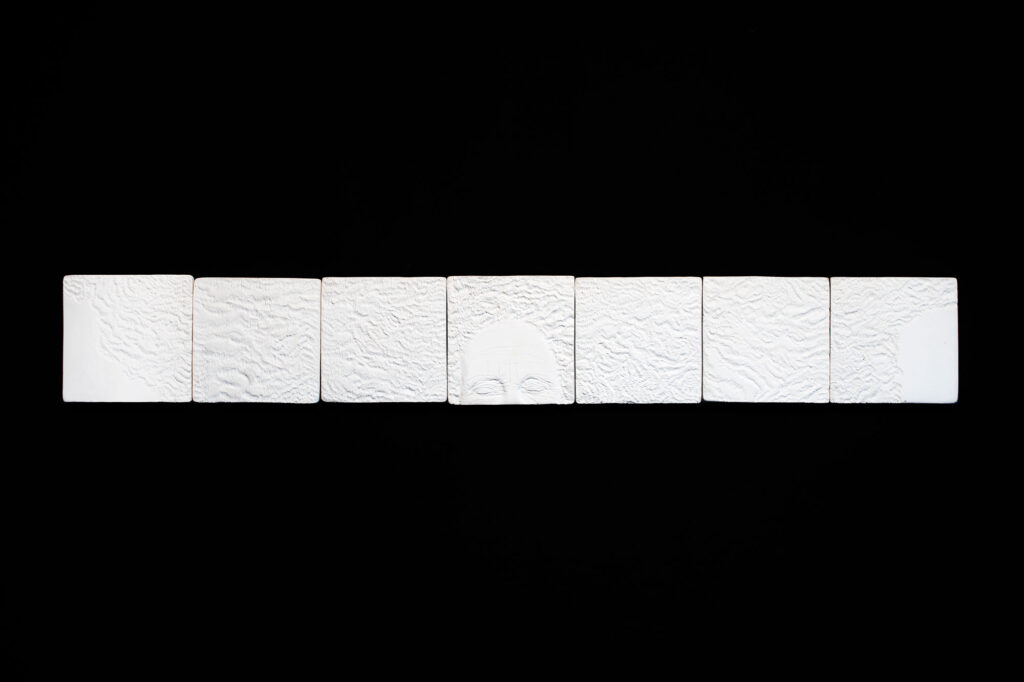 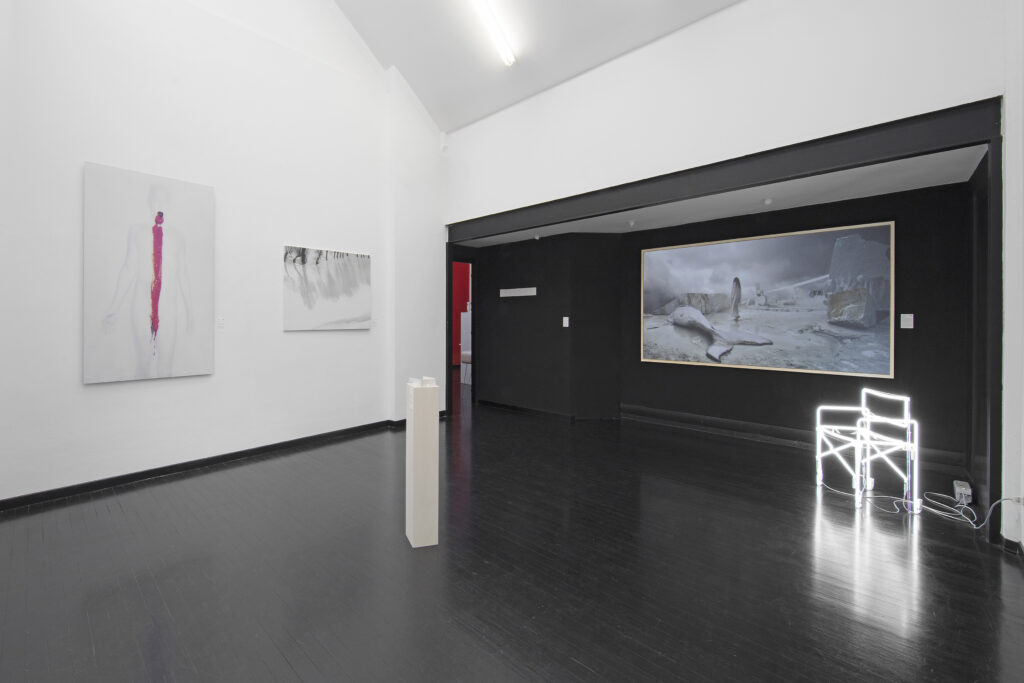 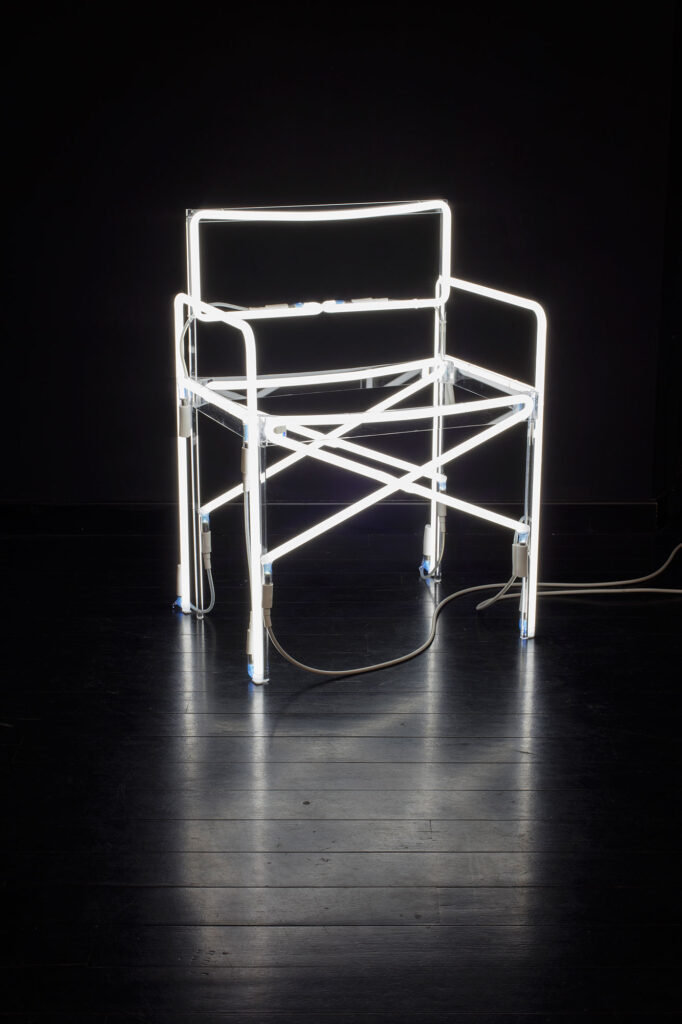 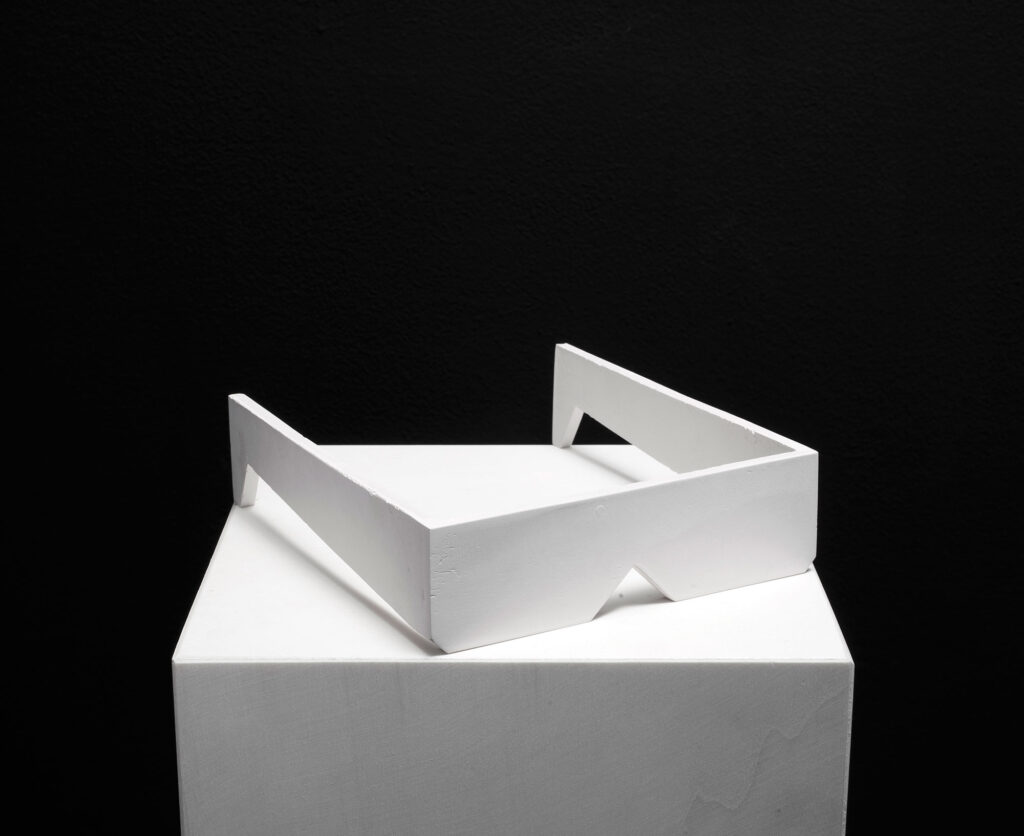