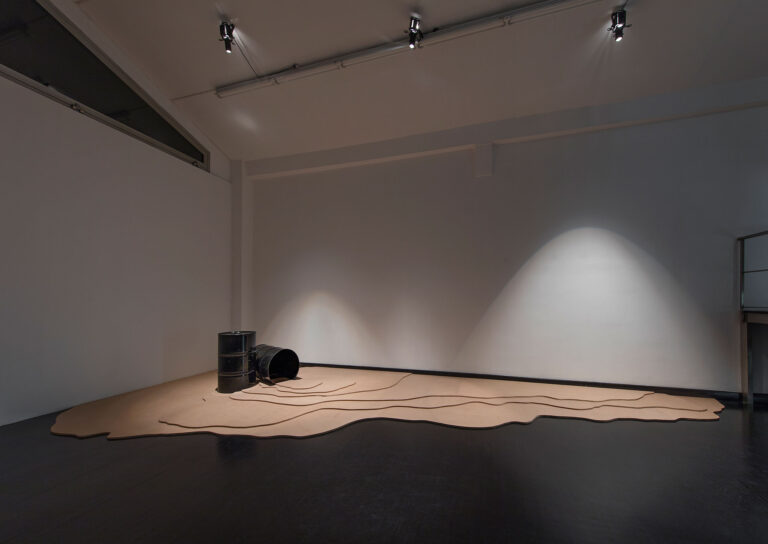 Source is the story of freezing the flowing of time. Liquid – water? oil? – has suddenly stopped its movement and become sheets of chipboard. The end. The source has run dry. The ‘flowing present’ of an individual without faith in progress, one open to streams of information, has become a dried-up source. In the artist’s work alienation has replaced the Soviet experience and the nostalgia of memorial modelling (La Biblioteca di Pinocchio, Galleria PACK, 2007). Source stands on the edge of transition from criticism of a socially-recognisable order to a more abstracted stance, as if the artist had taken a new look at usual forms, like a traveller with no previous knowledge of the purpose of the artefacts of some alien material culture.

Globalisation – the creation of a single international society, the negation of states and national differences – no longer seems a utopian dream. The breaking down of barriers, the loss of identity, colonial strategies – globalisation swept across the world, turning daily life into a plywood puddle, sheets of chipboard that have dribbled across the floor. Source is a metaphor for modernity, in which fast-flowing universalisation has been stopped by the hardness of the material, by the recognition of crisis. Salvation from the deluge has led to a new catastrophe, however, to a drought that puts an end to all movement. Taken with the idea of a global society, mankind ignored the exhaustion of the earth’s resources and the ecological damage wrought to the environment. Flowing from oil barrels, this mass lacks the dynamism of liquid: we see here an anti-utopian landscape of the post-global age.

Peter Belyi: “Source is always site-specific, taking on the form of the gallery, seeming to preserve some remnants of liquid form, flowing down stairs, gathering in corners, changing form according to the space. The chipboard from which it is made is basically rubbish, second-rate, post-industrial. The waste from one kind of production depicting the waste of another, as if endlessly reflecting the world of surrogates to which we are so used.” 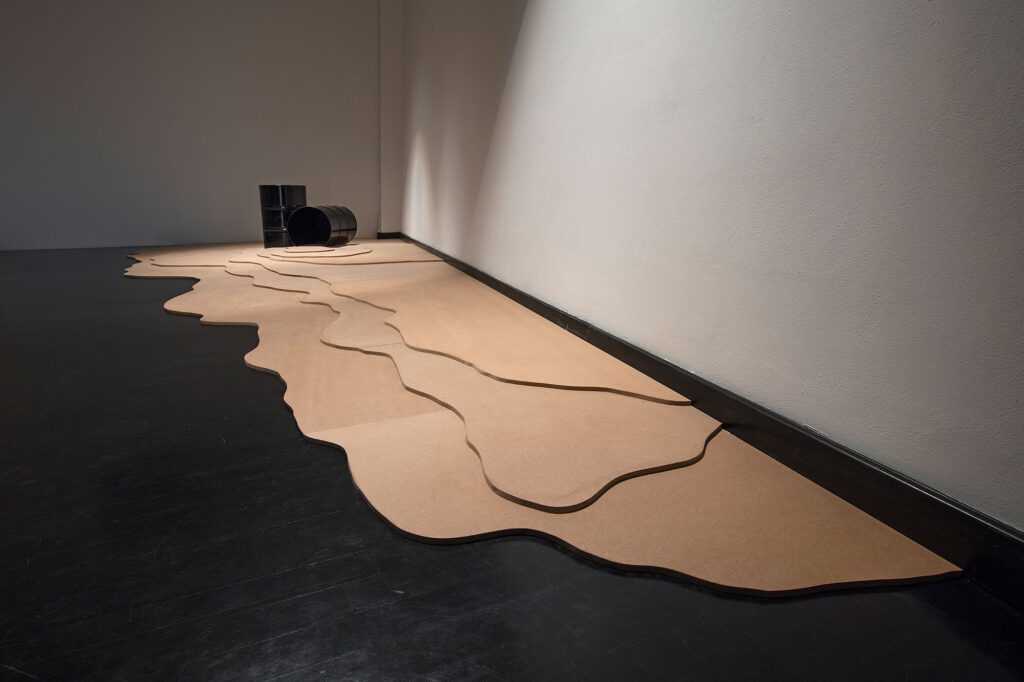 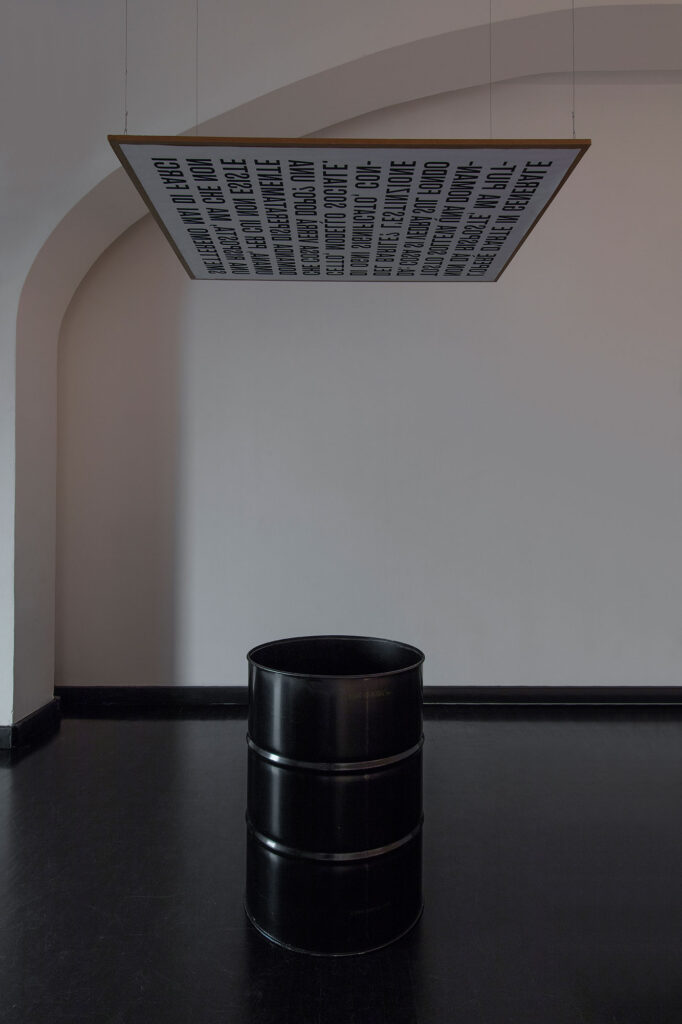 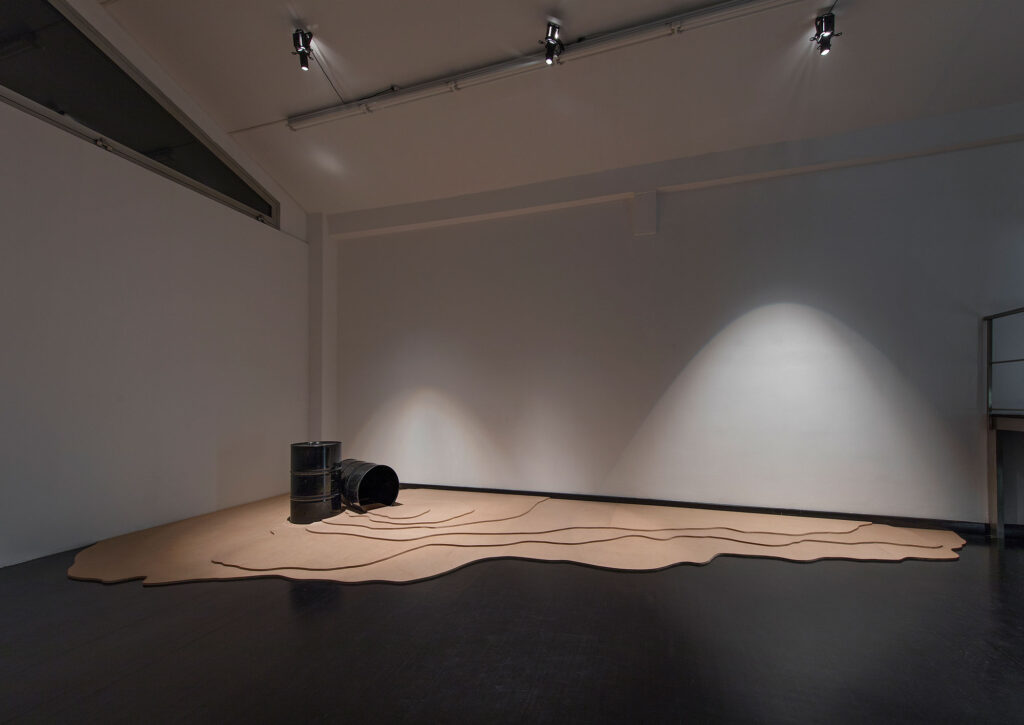 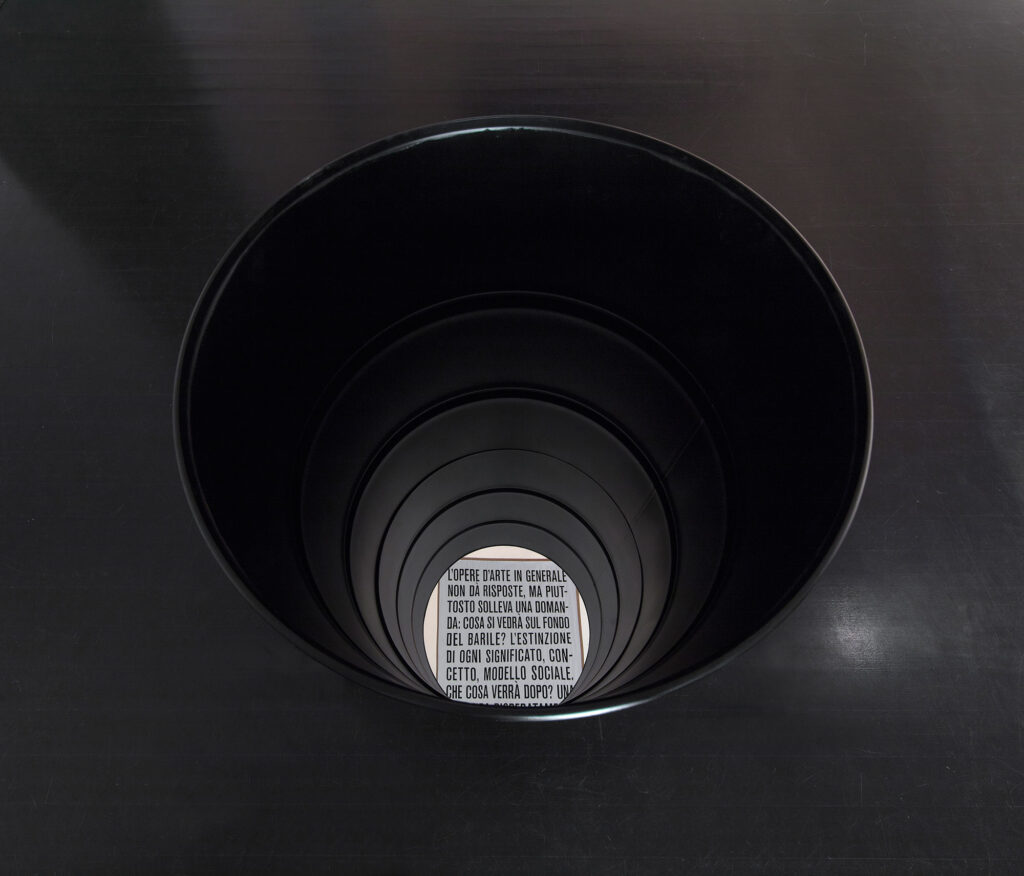