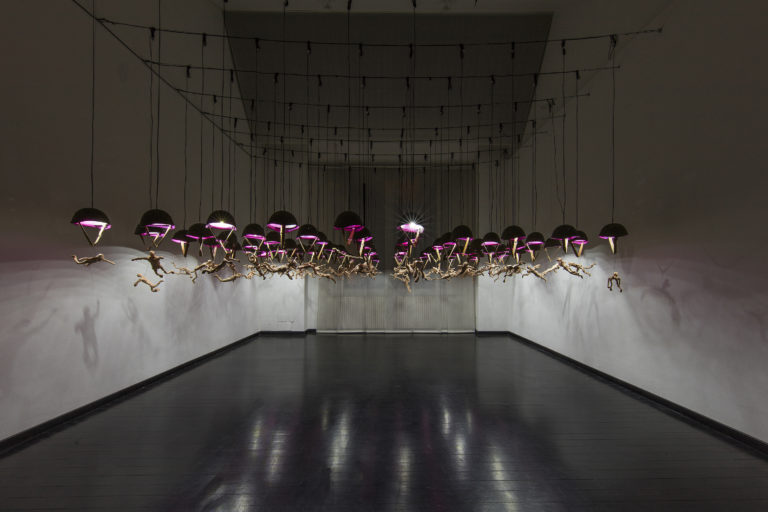 Artist, sculptor, performer, photographer, curator and the founder of a political movement aimed at protecting the environment and animal species, Oleg Kulik (Kiev, 1961) is recognized as one of the most radical artists present in the Russian and international panorama. “Nihil inhumanum a me alienum puto”, claims Kulik, modifying a quote by Roman playwright Terence (Humani nihil a me alienum puto) in the statement prepared for his monograph. The artist is declaring that he does not consider himself foreign to that which is inhuman. This statement can be understood as one of the corollaries of his artistic investigation, and through it we can define the more peculiar characteristics of his artwork, a production rooted in the social and cultural contexts of Soviet and post-Soviet Russia. The universal nature of his message can be found in its recognition of the conflict between culture and nature provoked by the process of civilization modern man is undergoing. Through his artwork, the Russian artist harkens back to the Dionysian attitude of identification between man and animal, a return to the animal origins of humankind. In order to respond to this need, Kulik has created a sort of alter ego represented by the figure of a dog. His most celebrated and spectacular performances capture the artist entirely naked, barking at a crowd (Fourth Dimension, Vienna Secession, 1997), or being led around the streets of Rotterdam on a leash (Pavlov’s Dog, Manifesta I, Rotterdam, 1996). Establishing a connection with I Love America, America Loves Me, a celebrated performance by Joseph Beuys, Kulik also had himself locked up in a fake jail cell for two weeks (I bite America and America bites me, Deitch Projects, New York, 1997) as a way of denouncing the crisis enveloping contemporary American society. 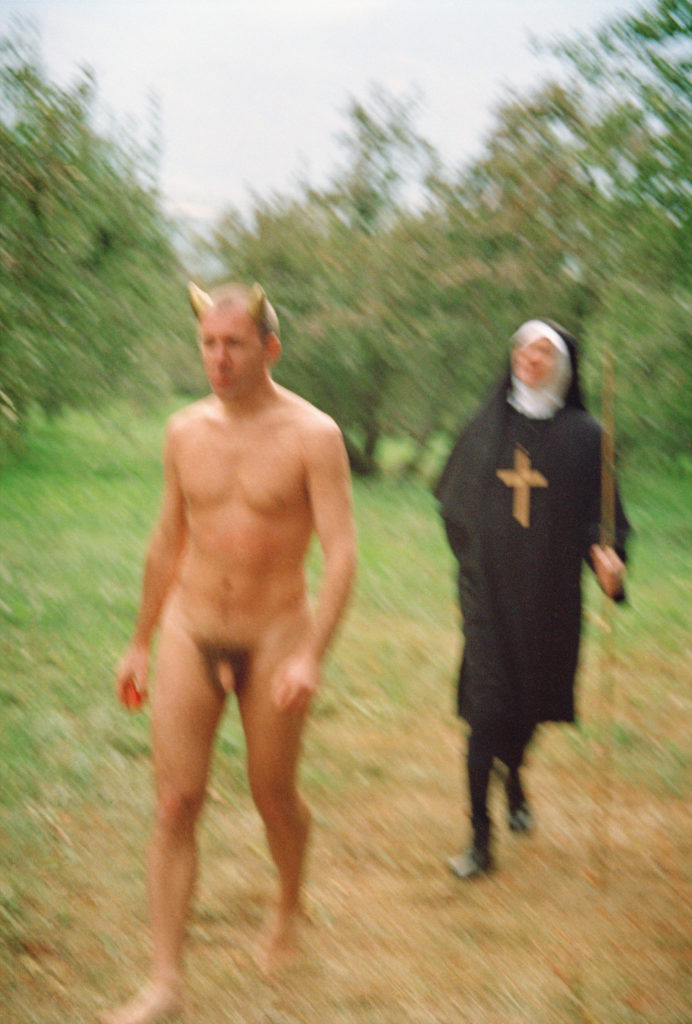 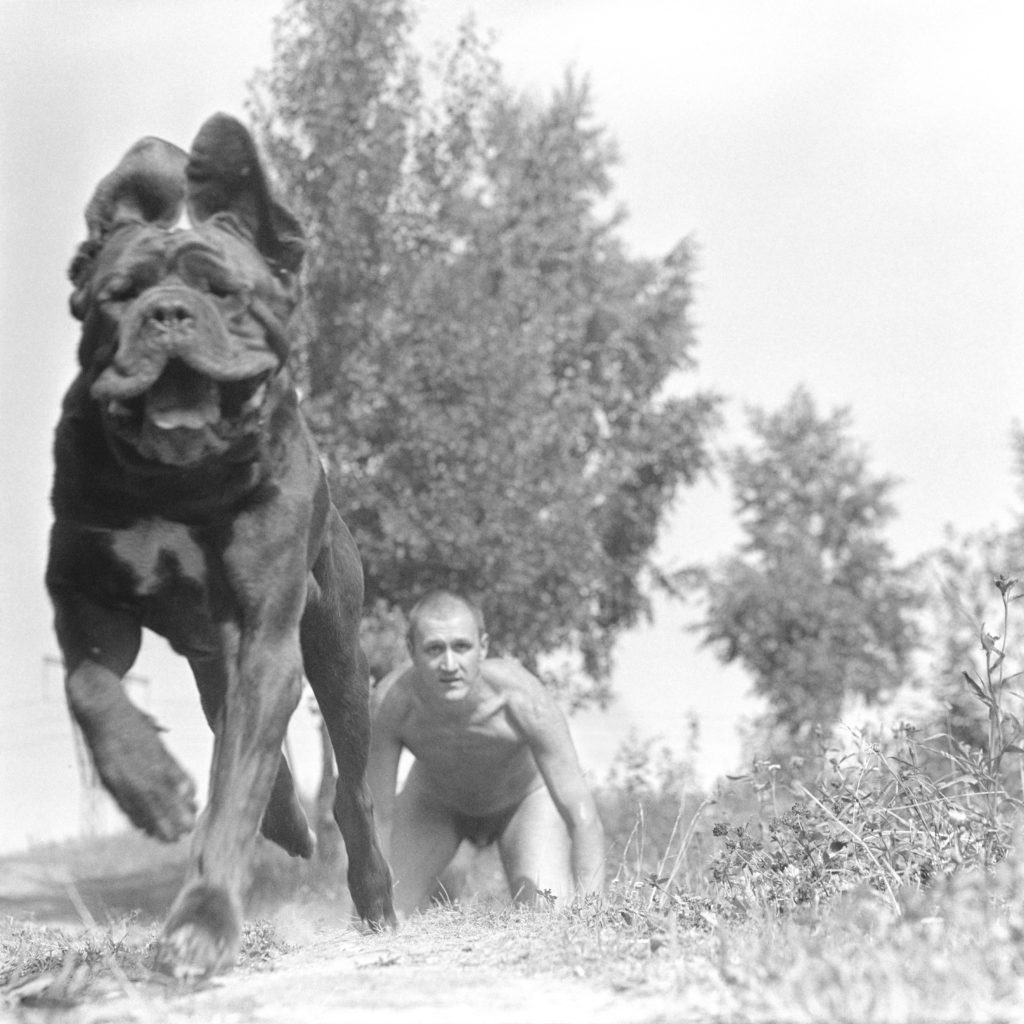 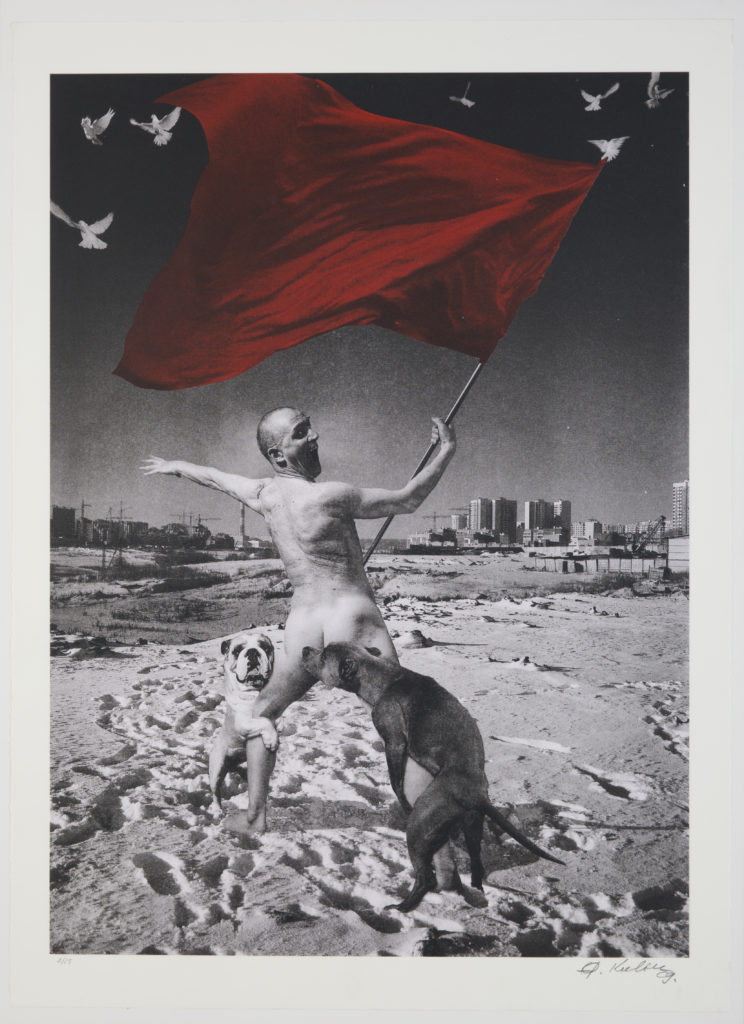 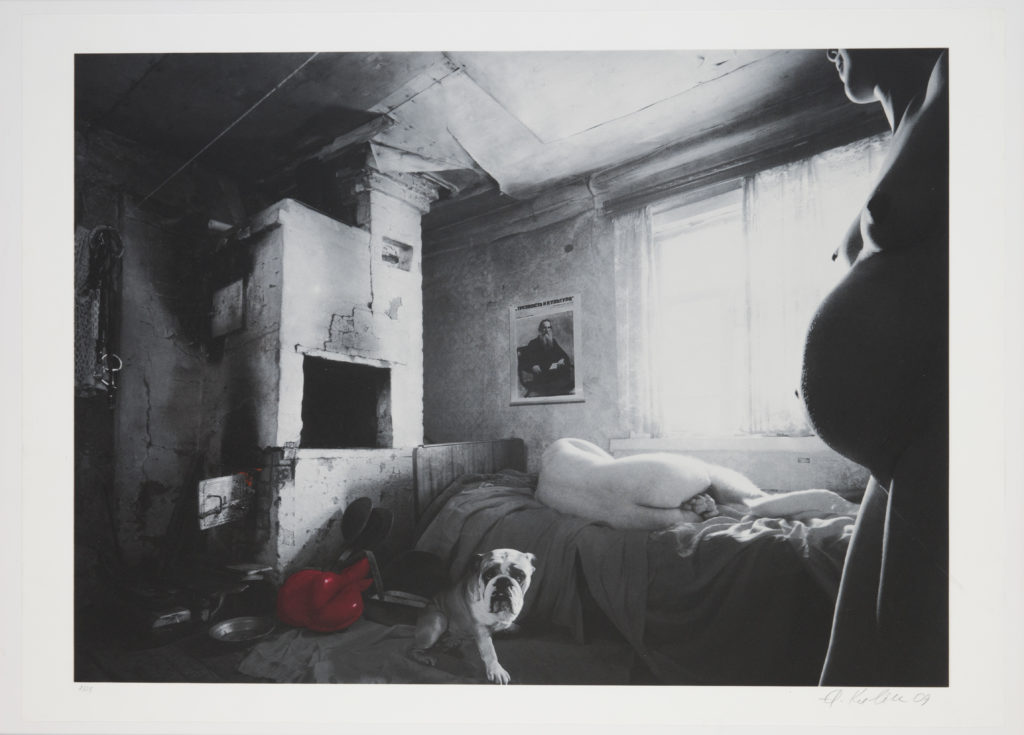 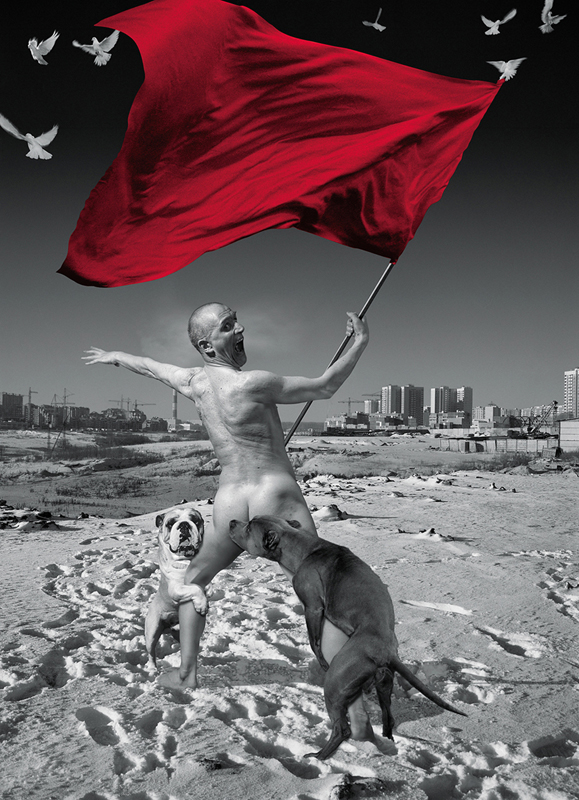 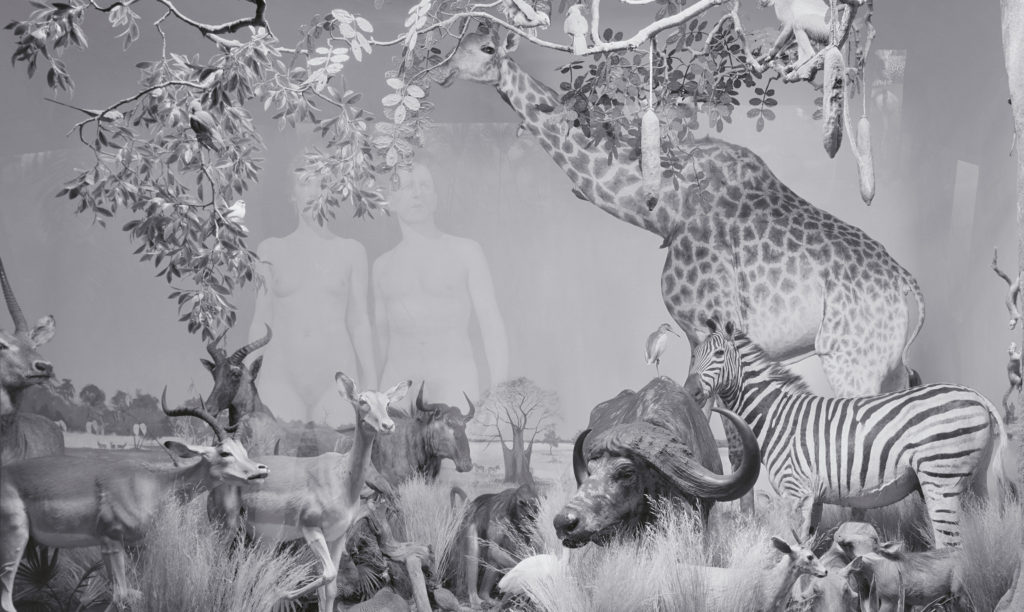 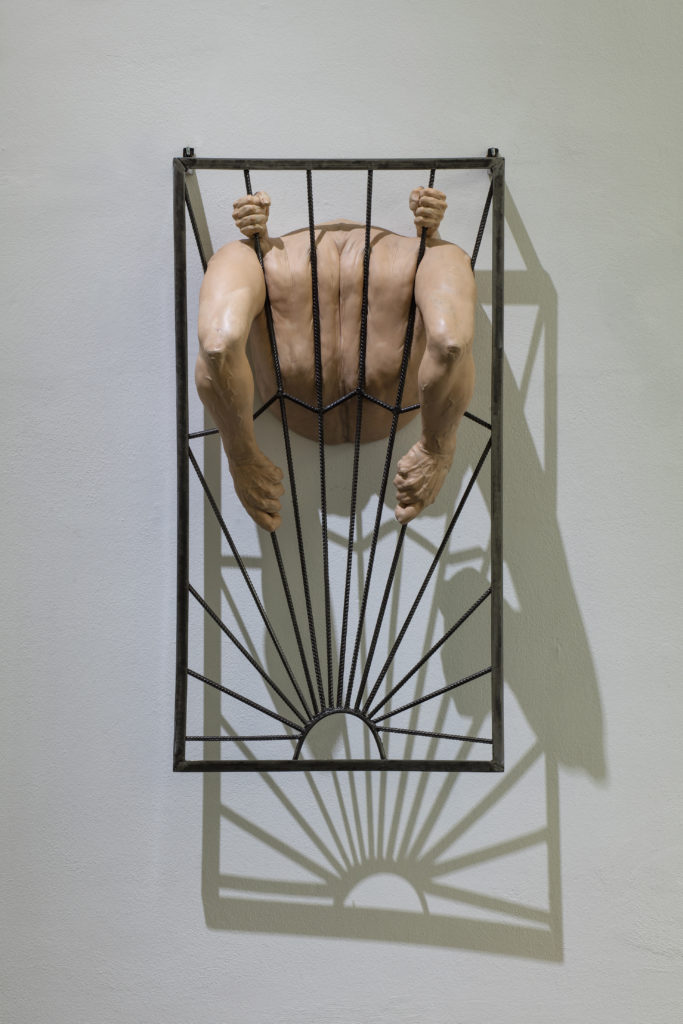 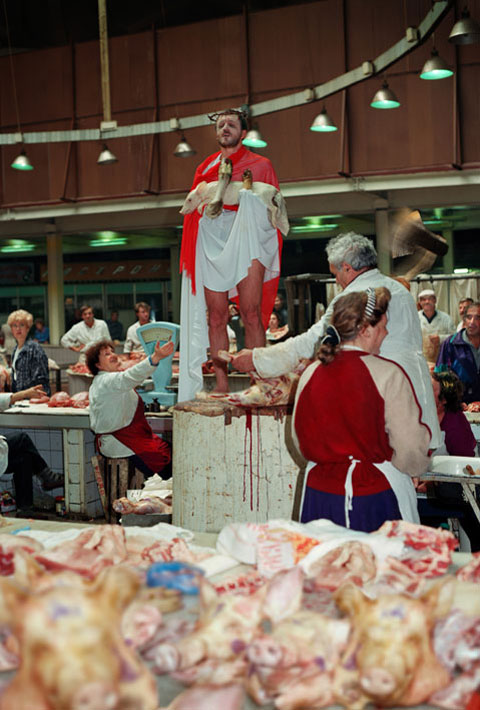 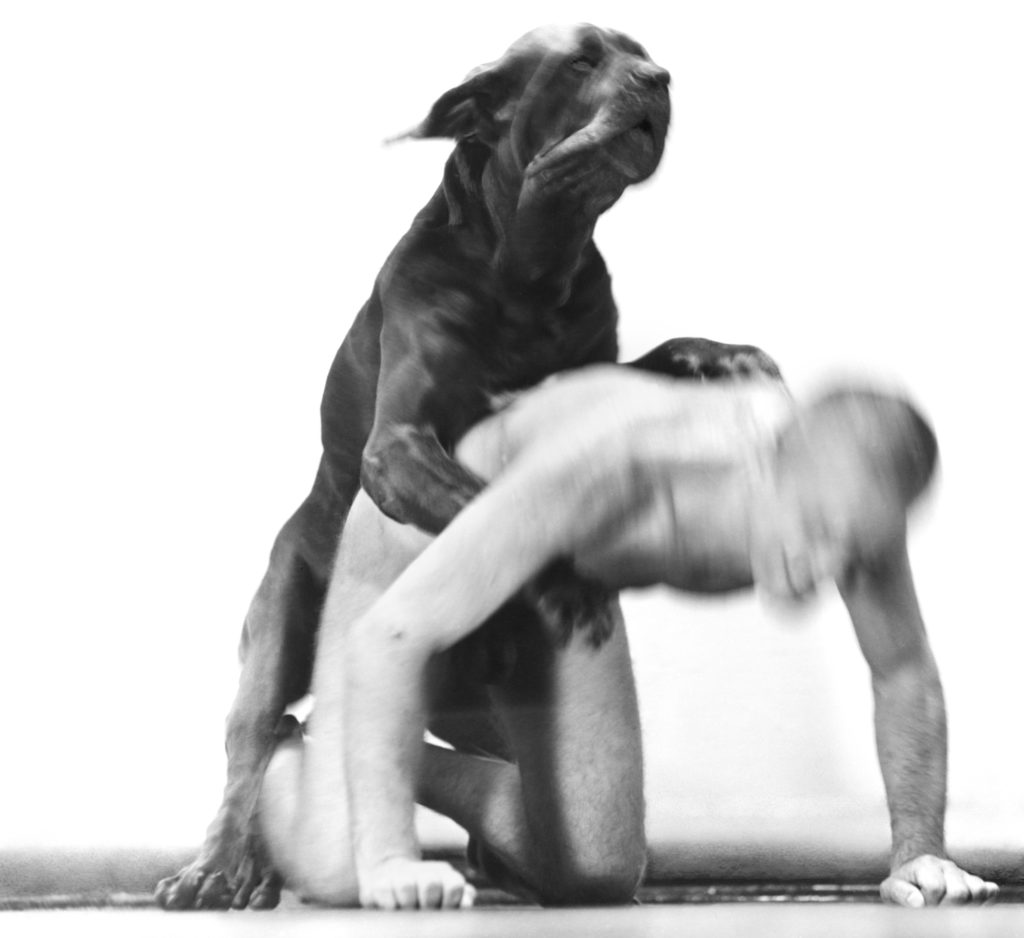 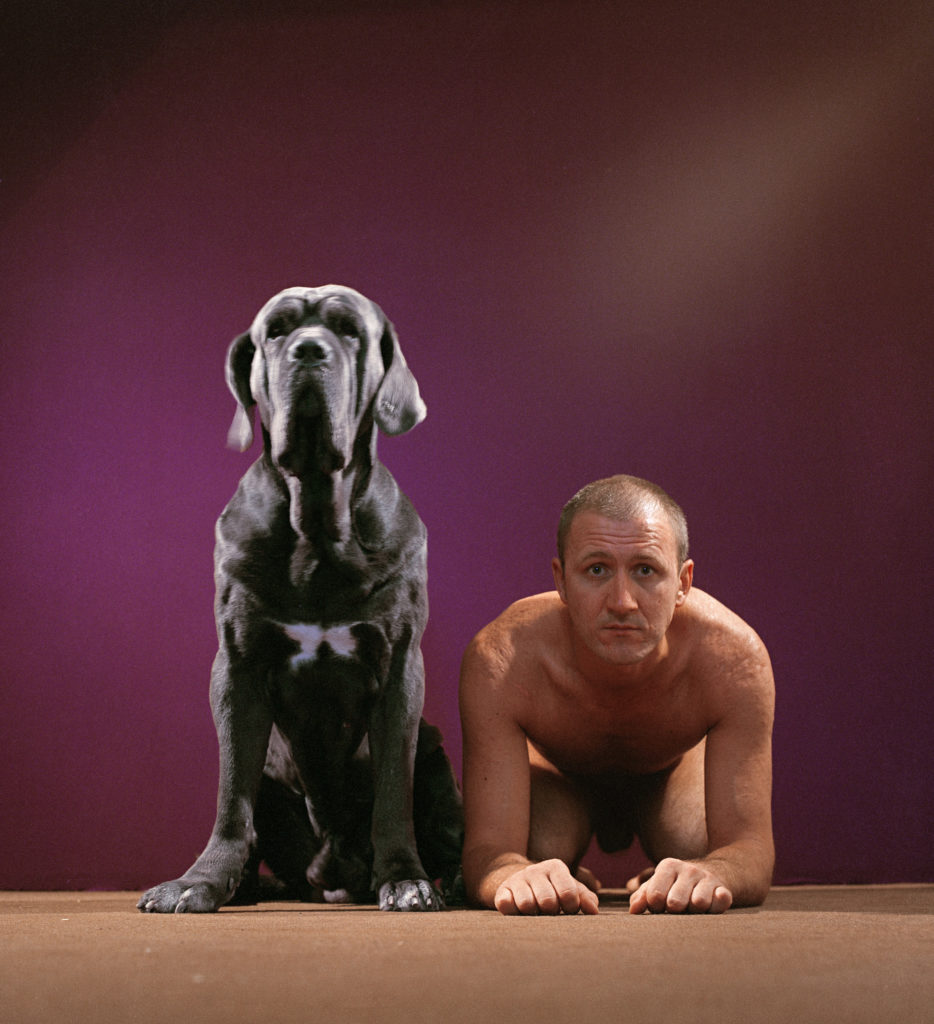 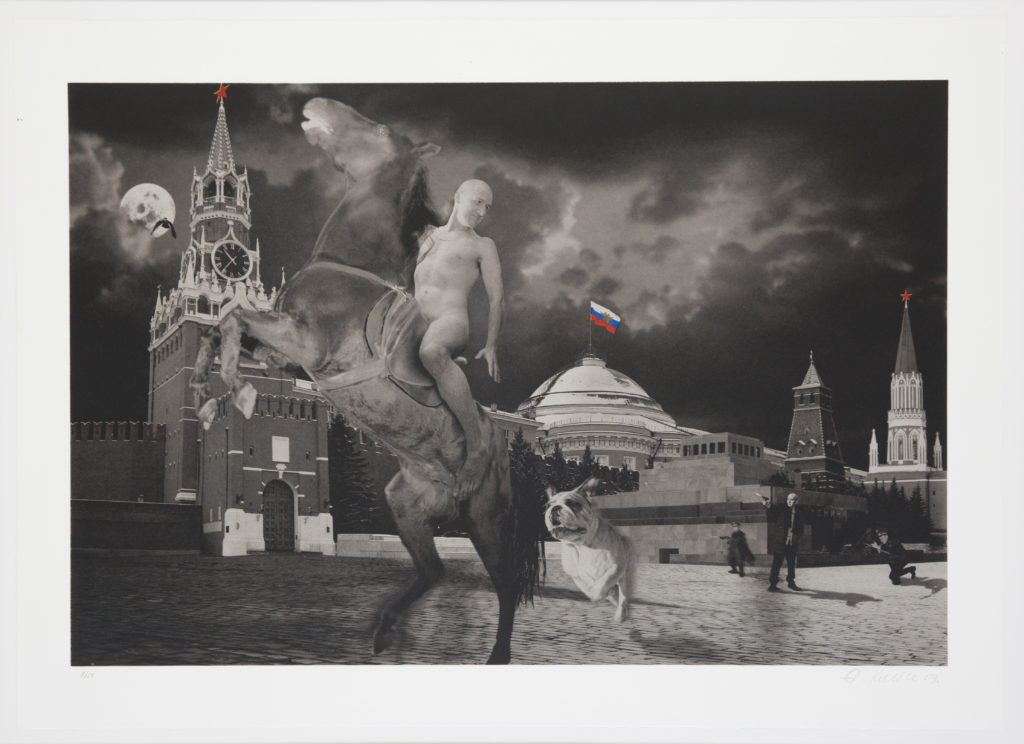 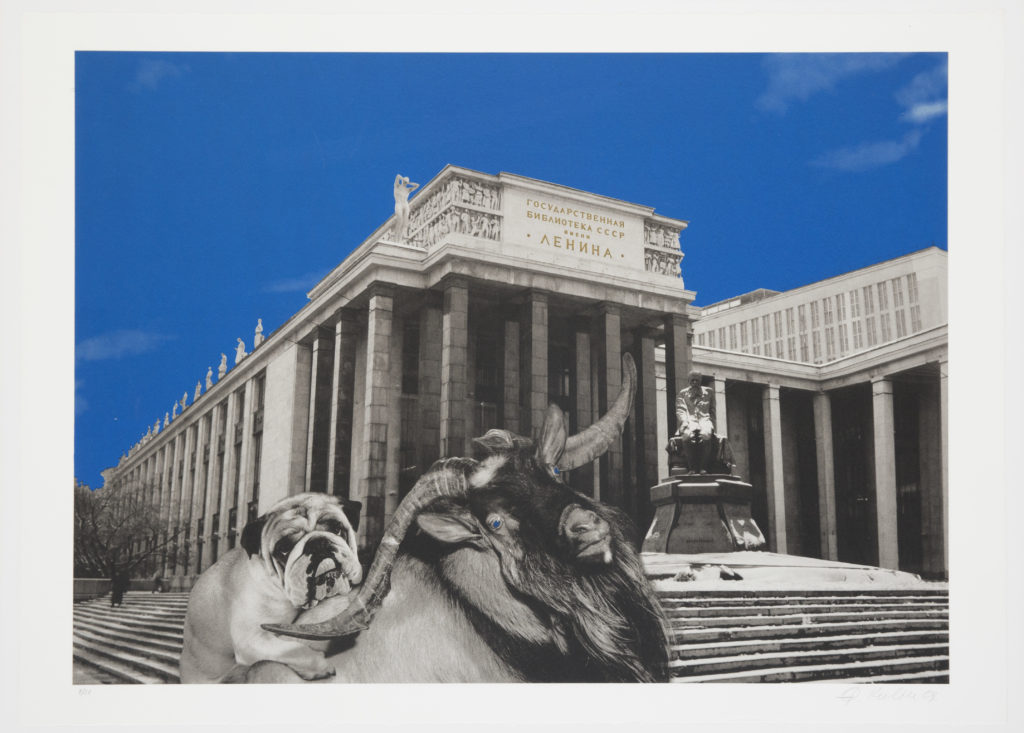 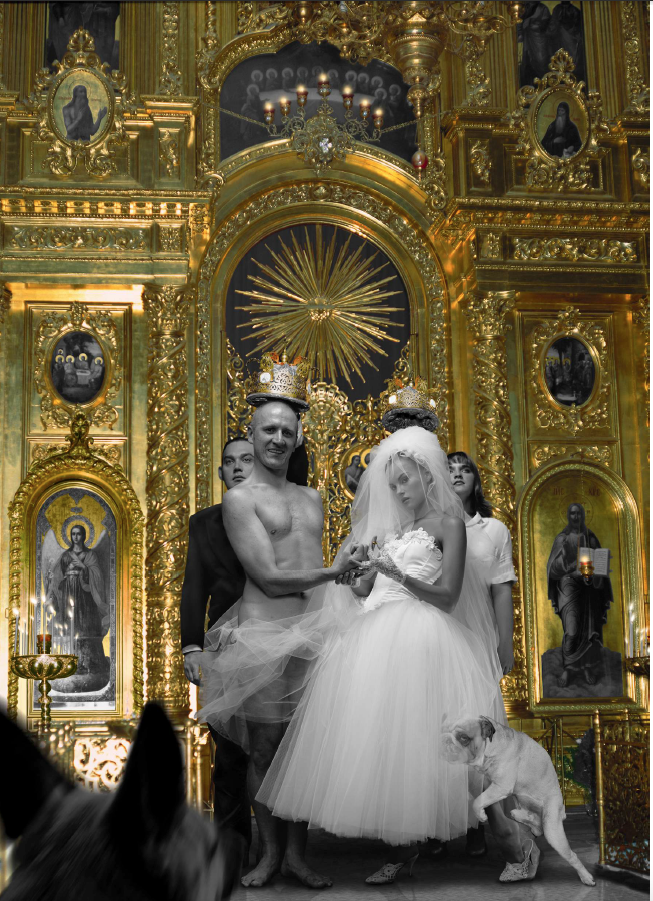 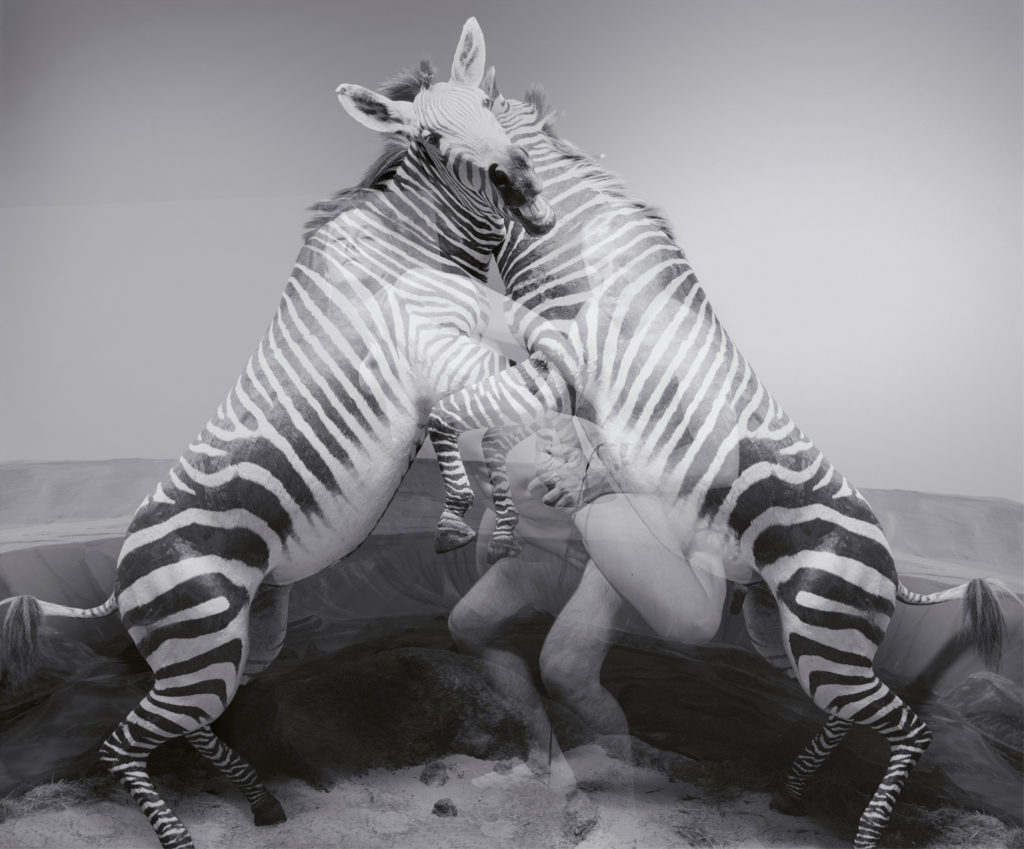 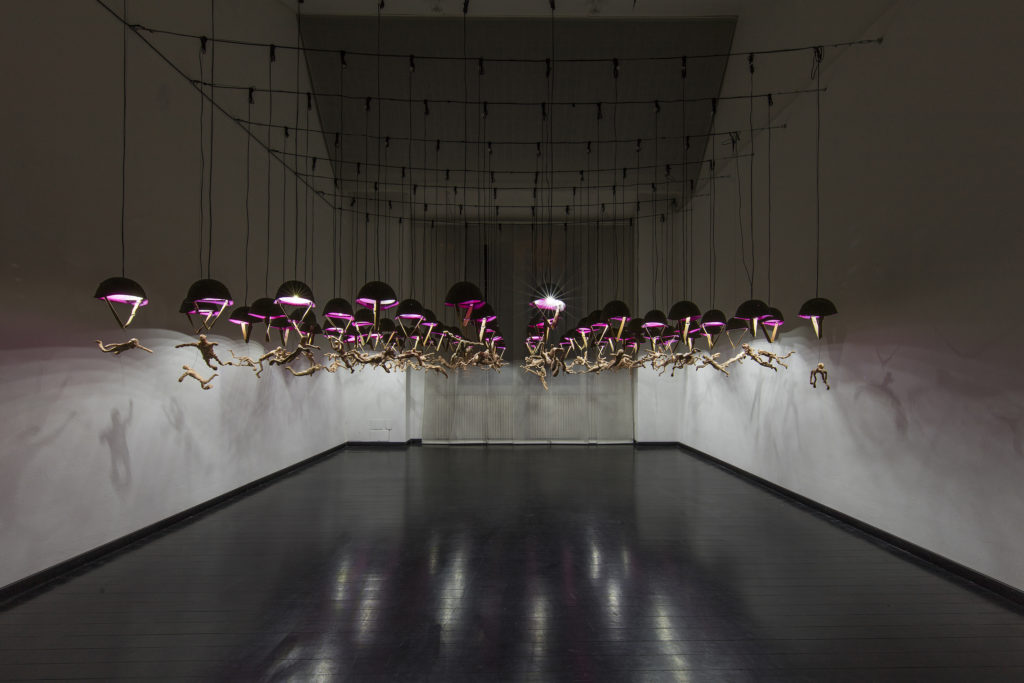 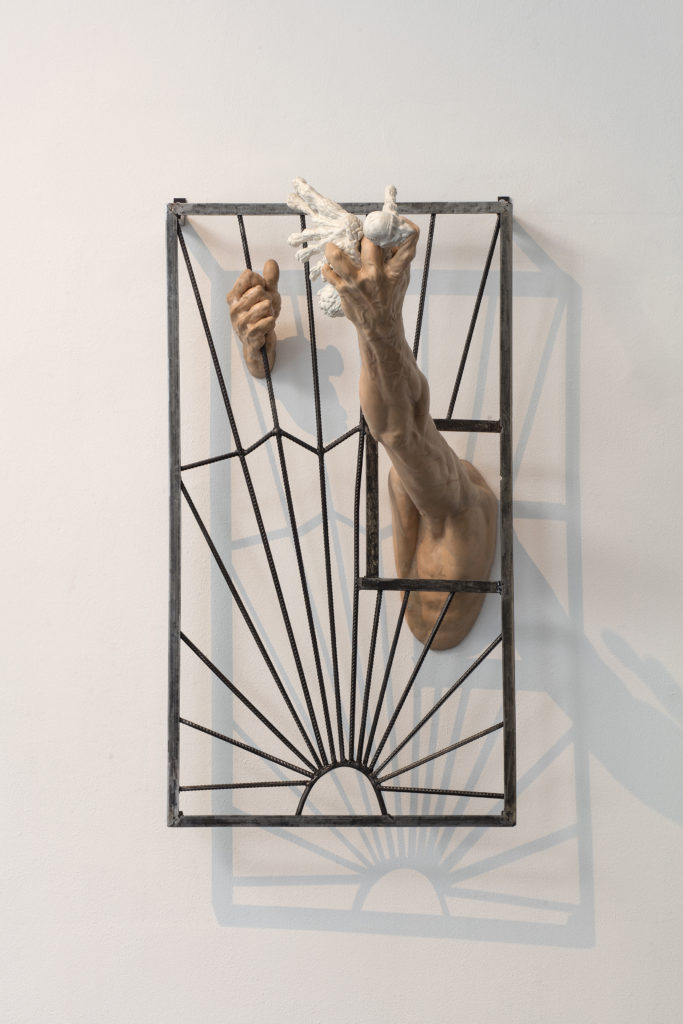 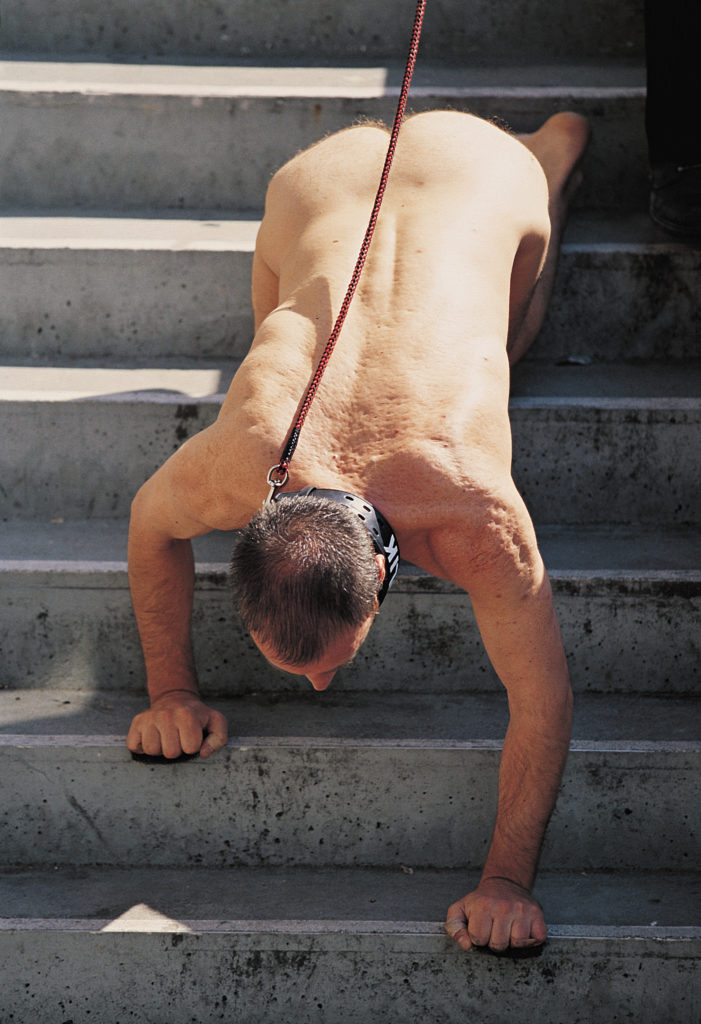 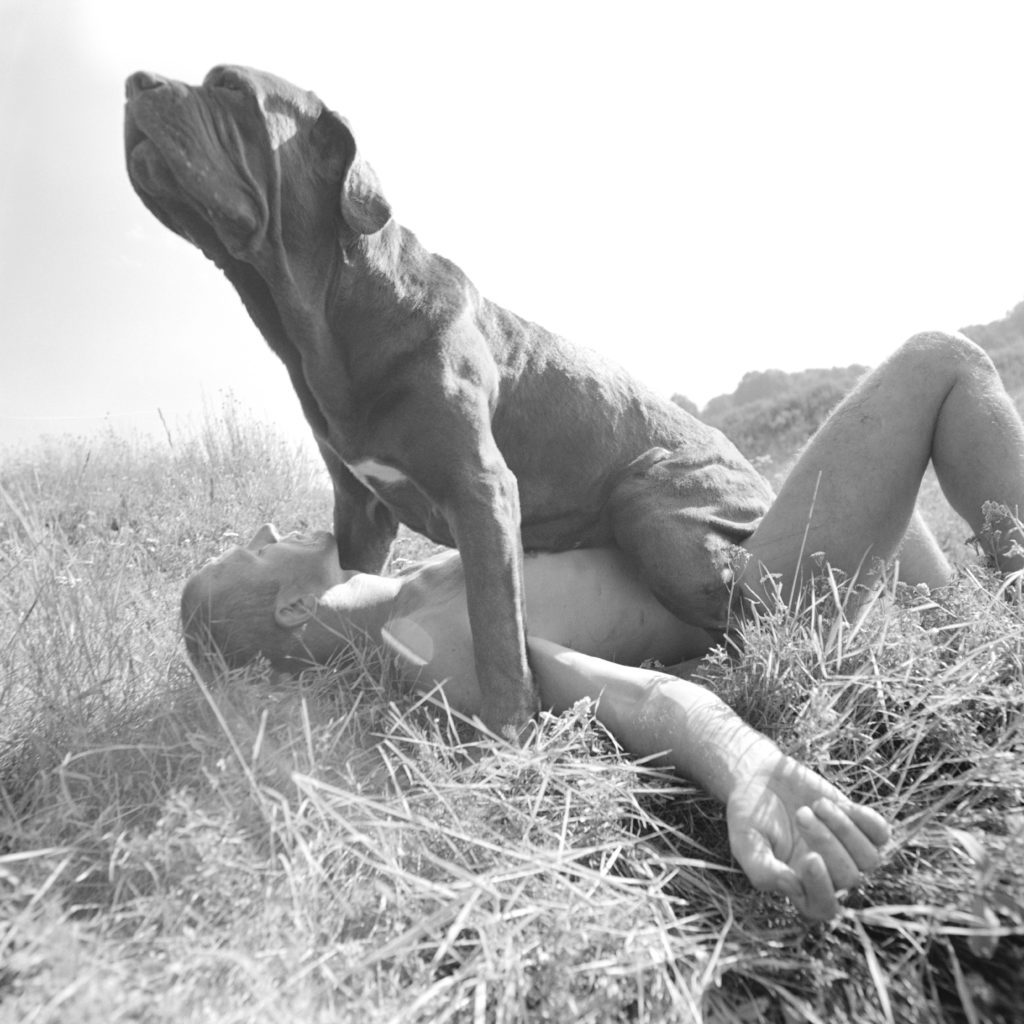 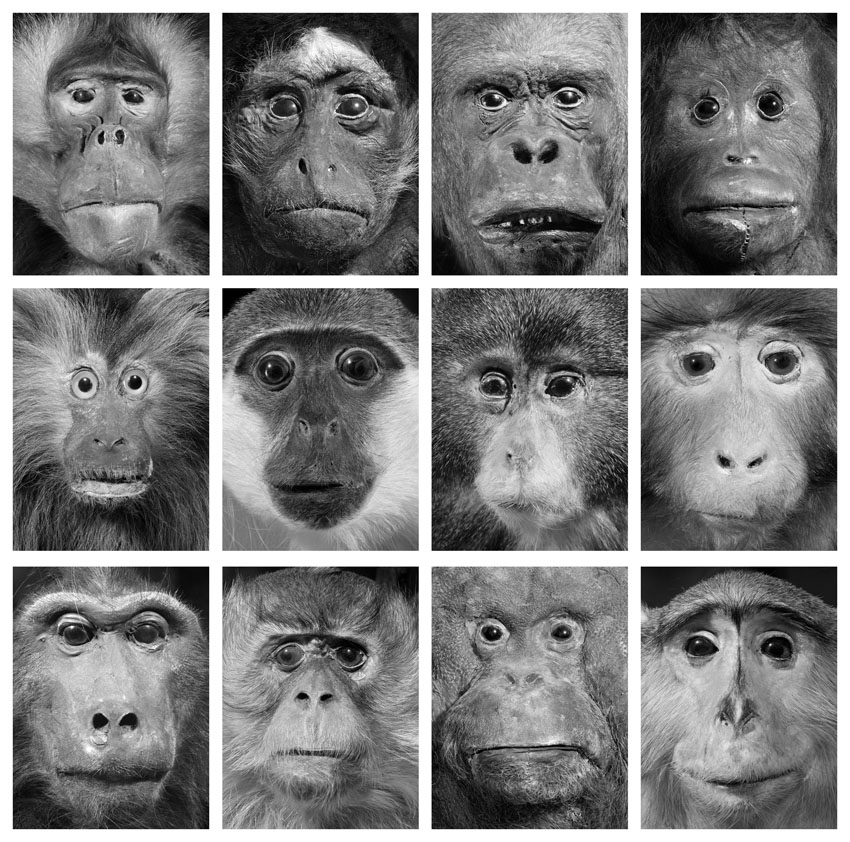 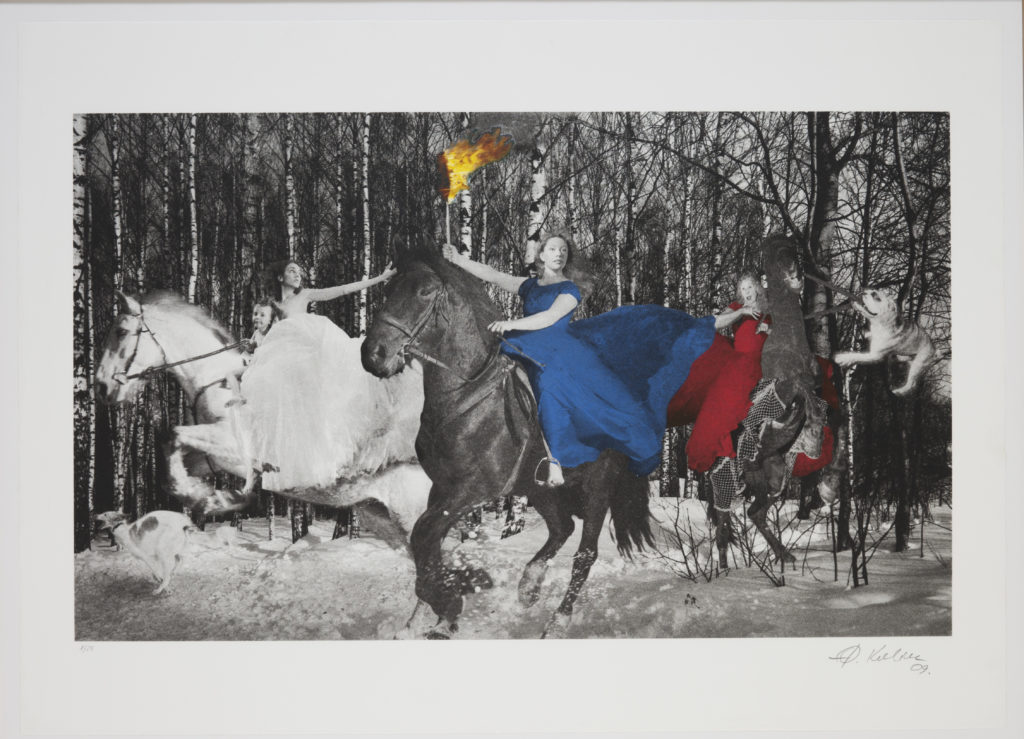 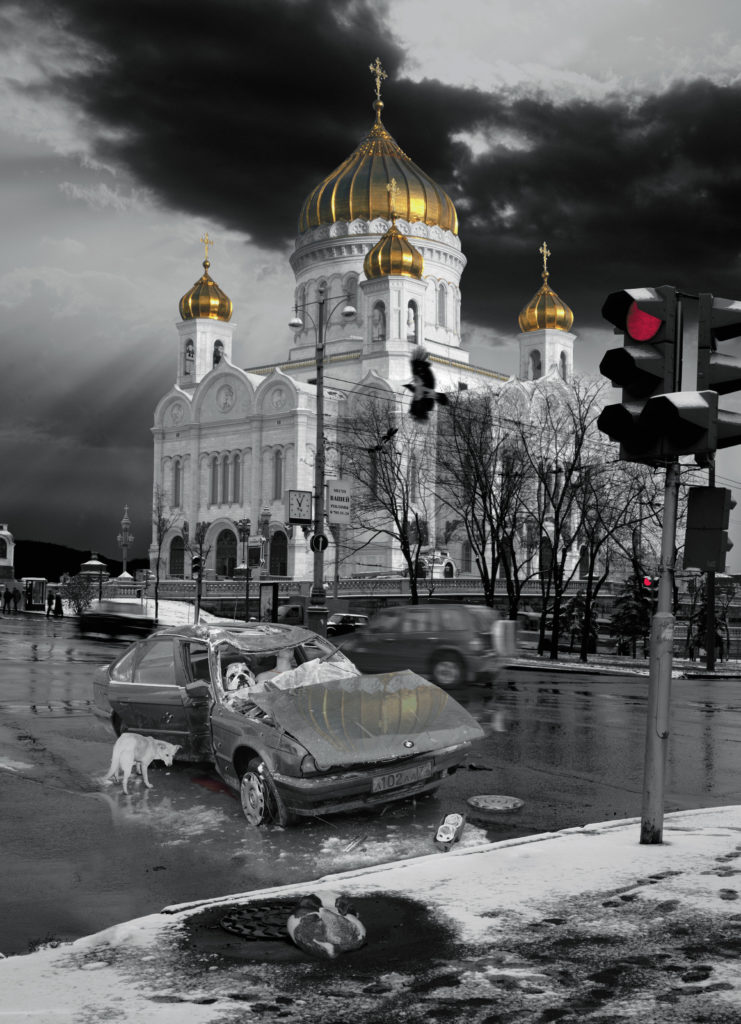 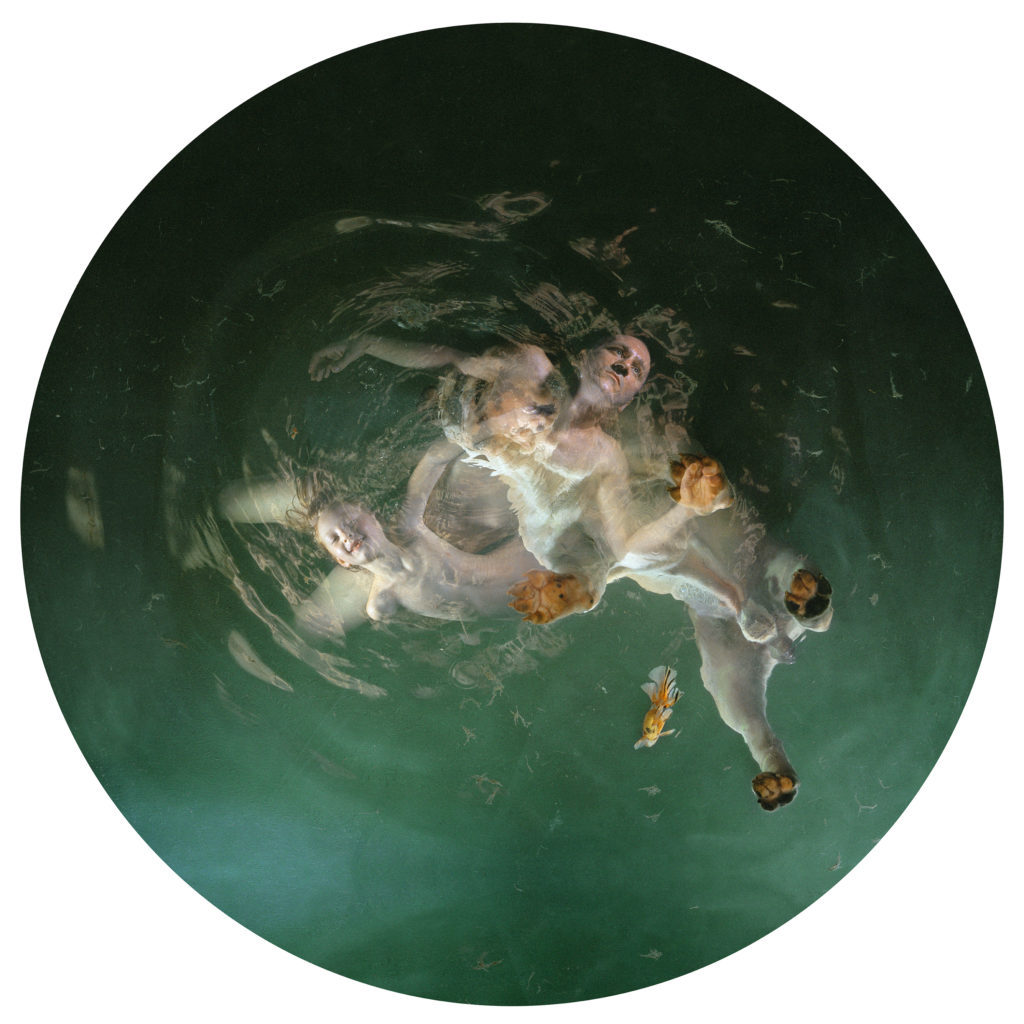 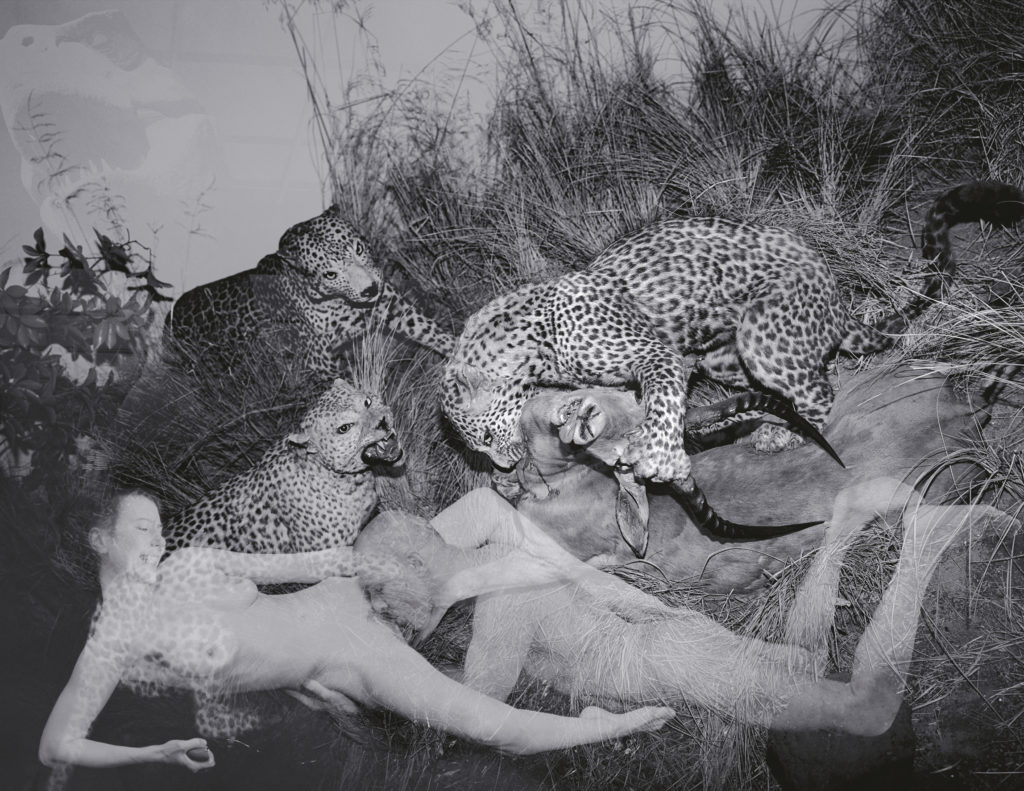 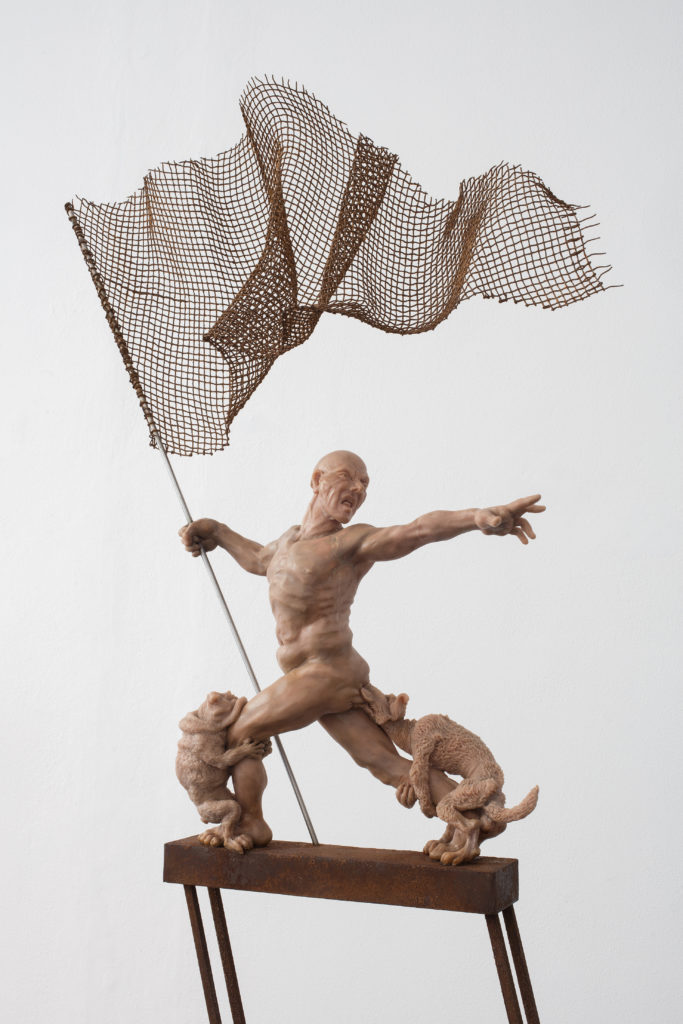 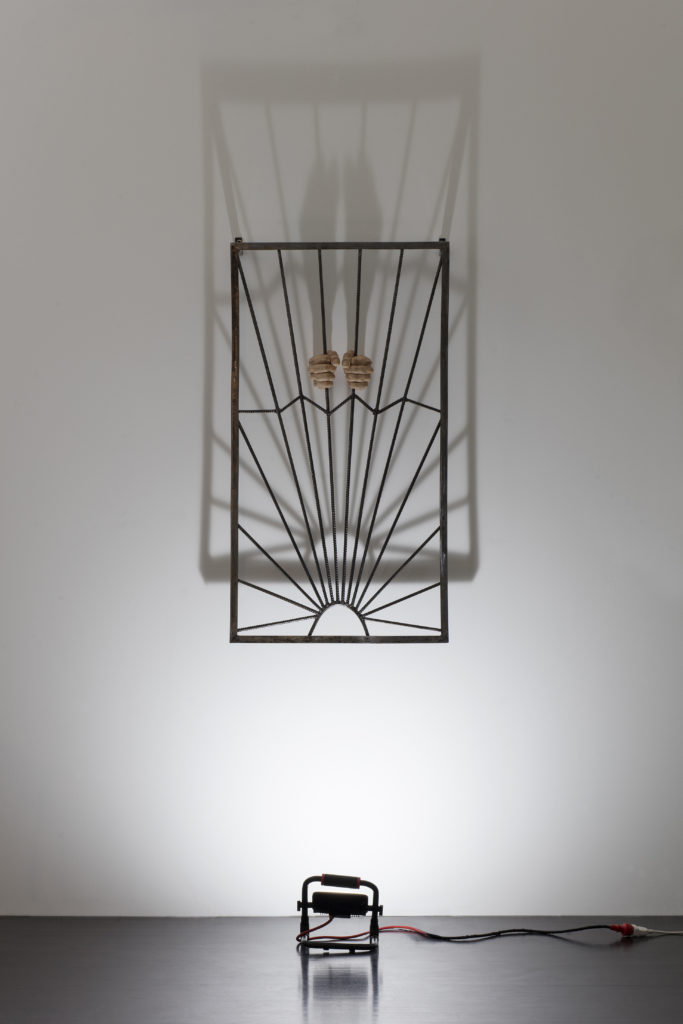